Pork belly has been enjoying its 15 minutes of fame for the last, what, 7 years or so? And no wonder: pork fat tastes good, and as every bacon-lover knows, pork belly is wonderfully fatty. This recipe, from Tom Mylan's The Meat Hook Meat Book, couldn't be easier, and lands you with luscious, wobbly, sweet-and-savory hunks of pork that are as good as any in Chinatown.

Mylan stresses that his version of Chinese barbecue is not true char-siu, usually made with pork shoulder and grilled or roasted. Instead, he throws strips of belly in the oven in a bath of soy sauce, vinegar, sugar and aromatics, and lets them simmer in the marinade and their own rendering fat until tender and glazed. The soy, garlic, ginger, and star anise infuse the pork with distinctly char-siu-like flavor (and your house will smell amazing). Mylan uses hotdog buns as a low-brow, 5-second stand-in for Chinese steamed buns; smeared with hoisin and sprinkled with cilantro and scallions, these speak to the best of the street food/pork belly craze.

Why I picked this recipe: Oh, come on: I'm going to turn the page on glazed pork belly?

What worked: Besides the simplicity and general deliciousness, I love that the one small act of butchery involved—slicing the pork belly—was described in such a way that really did make it easier. He instructed to use long, even strokes without too much pressure, and the meat gave way effortlessly.

What didn't: In order to get the marinade reduced to anything resembling a glaze, I had to cook it for 1 1/2 hours beyond the suggested cooking time. I used a 9-by-13-inch baking pan, and perhaps a larger, shallower pan would have helped the liquid reduce more quickly (he just calls for a square cake pan or the like). It was worth the wait, but be sure to allot more time than you think you need.

Suggested tweaks: Not a tweak, but it's worth noting that this pork belly makes an appearance in the sure-to-kill ramen recipe in the book, as well. 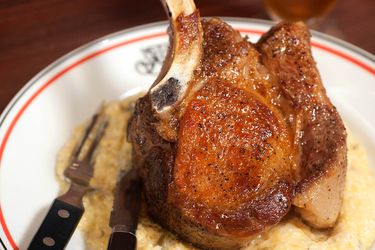 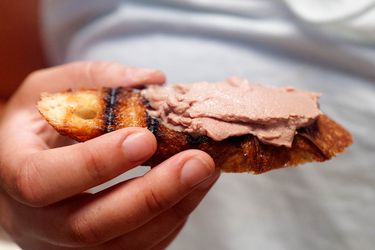 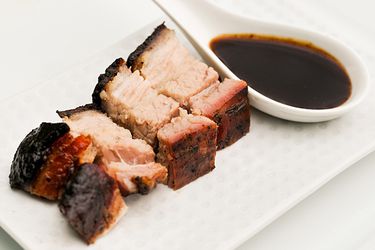 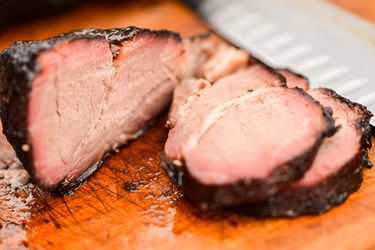 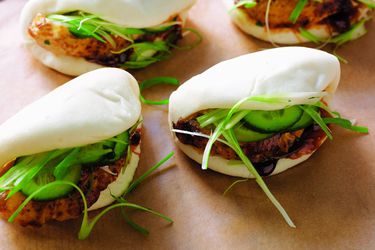