Who doesn't love classic Chinese and Chinese-American appetizers? Throw your own Chinese take-out party at home, without the take-out!

For the longest time I really disliked egg drop soup, and it's because I'd only ever had it from the Chinese deli buffets where it'd been sitting out all day in a steam table, slowly reducing into a viscous, mucous-like neon-yellow glop with rubbery bits of overcooked egg floating in it, along with the occasional odd sliced raw mushroom.

The best egg drop soup, on the other hand, should have a clear, ever-so-slightly thickened broth with the intense flavor of chicken, supported by a hint of the sweet depth of Chinese ham. You should taste ginger or scallion from the broth itself, but their aroma should waft up along with the steam from the bowl. The eggs should form tender, silken curds, some large, some small, offering texture, sure, but predominantly flavor and richness to an otherwise extremely simple soup.

So how do you get there?

The broth is a simplified version of a Chinese Superior Stock, traditionally made with an old stewing hen, pork bones, sweet Chinese ham, and occasionally dried scallops along with a few aromatics. It's intensely savory due to the presence of a couple of key chemicals found in these foods. Glutamates are the compound responsible for the flavor we refer to as umami, and they're found in meat—particularly dried, cured meats like Chinese ham. Inosinate, on the other hand, is found predominantly in cured fish products, like anchovies or dried scallops, although cured meats do contain them as well, to a slightly lesser degree. These compounds work in conjunction with glutamates, amplifying their savory qualities by an order of magnitude.

Of course, nobody wants to simmer a big 'ol pot of chicken, pork, and scallops at home, but you can get a quick and easy workaround starting with plain old chicken broth (homemade or low-sodium store-bought), fortifying it with some cured pork (a chunk of slab bacon works well if you can't find Chinese ham or sausage), along with some scallions, ginger, and white peppercorns. Just simmer'em together for 30 minutes or so, and you're golden. Unless you thicken it properly, the egg has a tendency to float to the top instead of being evenly dispersed throughout the broth. A small amount of cornstarch slurry whisked into it will thicken it to the right consistency.

The egg flower, as it's referred to in Chinese, is really simple to do. The key is to swirl the soup in a lazy vortex while slowly drizzling in the eggs, which are scrambled with a bit of cornstarch (the starch impedes protein connections, preventing the eggs from getting rubbery).

The best way to drizzle in the egg is to hold either two chopsticks or a fork across the top of a small bowl and drizzle the egg slowly through the tines. It's essential that the soup be hot, but not boiling as you do this. You want the egg to set into relatively large curds, that you can then break up to the desired size by stirring more or less vigorously after you drizzle it.

A small handful of sliced scallion greens on top—ok, if you really want it, some mushrooms too—and it's ready to serve. It goes best with a free egg roll and a fortune cookie. 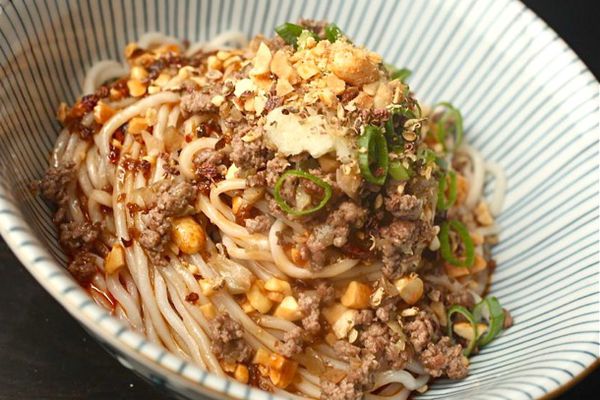 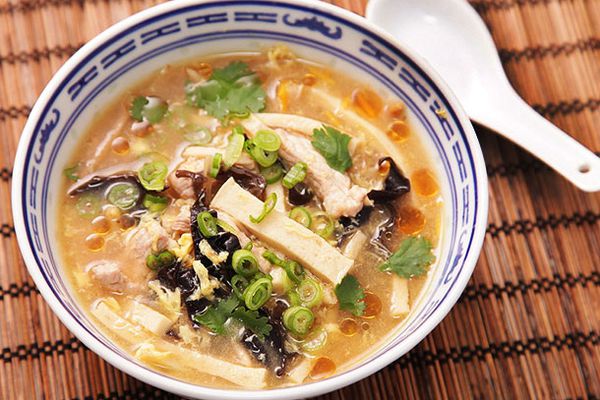 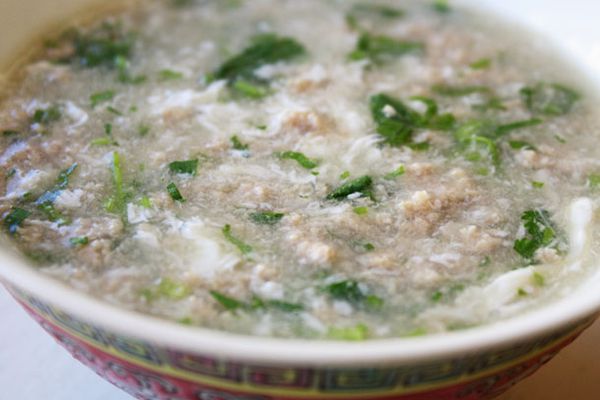 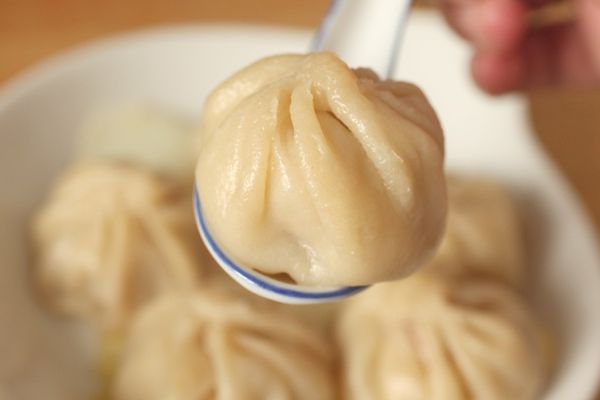 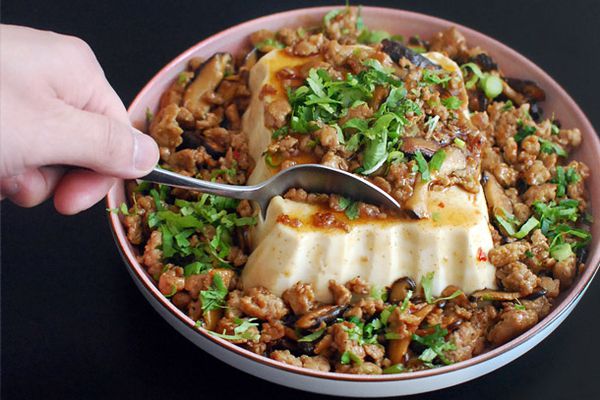