As a born and bred New York City kid, I'd never heard this phrase until recently. I've heard of eating apple pie with a slice of cheddar, but no one I know from around these parts does so, and I've yet to encounter a New Yorker chanting that particular rhyme.

But it appears I'm in the minority, at least in the eastern half of North America: apparently there are hoards of people from Texas to Canada who can't abide a slice of apple pie without a slab of cheese on the side or melted on top. They're passionate about it. And they all say the same thing: an apple pie without the cheese is like a kiss without the squeeze.

Dig around historical texts, as dictionarian Barry Popick has, and you'll find versions of this phrase dating back to the late 19th century. The gastronome Brillat-Savarin even remarked, back in 1825, that "a dessert without cheese is like a beautiful woman who has lost an eye."

Brillat-Savarin probably didn't mean pie per se, but rather the common European practice of including cheese as part of a dessert course. Though as apple pie dates back to as early as the 16th century,* it's not unlikely that Europeans were eating said pie with cheese well before the pilgrims strapped belt buckles to their hats.

It's worth noting that Medieval pies were markedly different from the pies we eat today. Back then, encasing and baking fruit, nuts, and meats in a coarse, thick pastry crust was a form of preservation. The crust wasn't meant to be delicious, and sometimes wasn't eaten at all. But boy did those Medieval bakers love their spices. That referenced apple pie recipe calls for, among other flavorings, saffron! Let's bring that tradition back, eh?

Here in the U.S., the cheese can vary, but it's usually cheddar. And for that pairing we likely have the Brits to thank. England is the birthplace of cheddar, after all, and Popick points out that Yorkshire claims apple pie with cheese as a traditional dessert. Some Brits even say the "apple pie without the cheese" expression originated there, though multiple printed documents point to 19th century Americans "graphically" introducing the phrase to British writers.

This British tie helps explain how eating apple pie with cheddar spread so far across the U.S. When else do New Englanders and Midwesterners agree on anything? But New York City appears to have been skipped over. As it turns out, the city's now-iconic Delmonico's steakhouse was one of the first recorded places to serve pie à la mode. Perhaps my city is just more inclined towards ice cream on pie instead.

Today, à la mode people and cheddar people agree to disagree about their apple pie. Putting both on a plate would be a compromise that satisfies no one. But wouldn't it be nice, on our national day of Thanksgiving, if we could have one form of apple pie to unify us all? Isn't there some way we can do justice to both traditions, to capture the cool creamy feeling of ice cream and the sharp, clean flavor of cheddar?

By golly, there is: a cheddar cheese ice cream. And it really does combine the best of both worlds.

Making it is as simple as melting a quality sharp cheddar cheese into hot ice cream base, then blending the whole thing until it's smooth. Scoop the ice cream on warm apple pie in small amounts—it's deliberately intense and ultra-cheesy to cut through the pie's sweetness. You probably wouldn't want to eat a bowl of the stuff by itself, but a small portion is just the thing to add nutty, savory notes and a twang that complements the apples' natural acidity.

And if you think about it historically, cheddar ice cream is just as American...err...British...err...Medieval as app—

(And here's how to make that apple thing, regardless of where it comes from.) 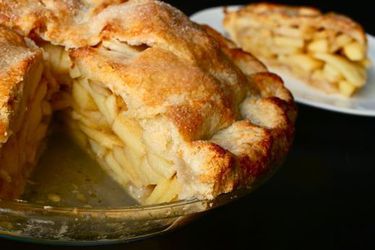 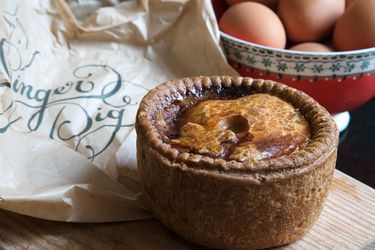 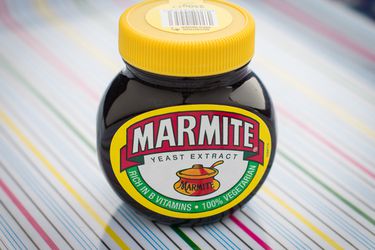 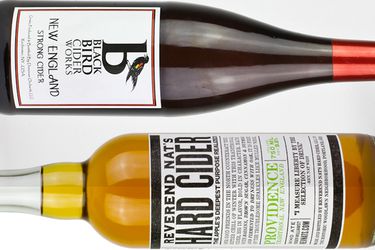 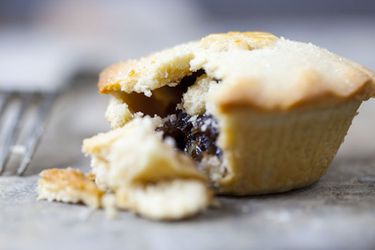