I would love to tell you that this is a new cereal (it still says new on the box), but in truth, Cinnamon Jacks came out in early 2013. Because of the horrendous lack of cereals in NYC grocery stores, I was only able to get my it hands on now, while I'm "stranded" in Florida, thanks to massive flight cancellations. Ah, the beauty of Publix, Southwest Florida's best supermarket. In there, the cereal aisle stretches like a shiny, pristine tile beach, the hundreds of colorful boxes blooming forth like so many exotic fruits and flowers...ahem. Anyway, I finally tried Cinnamon Jacks, and they are darn good.

In a a bizarre twist of fate, my mom helped me review this cereal. Yes, the same mother whom I have villanized for depriving me of even the tamest sweet cereal and forced tasteless twigs and fruit-sweetened impostors upon me throughout my childhood. My parents moved to Florida after I graduated college, and thereafter, something very strange happened. Now that I'm only in the Sunshine State for occasional visits, the cabinets are stocked with cookies and chips, the freezers packed with ice cream, and trips to the grocery store something akin to supermarket sweep. It was in this spirit that my mom and I bought a box of Cinnamon Jacks and proceeded to crush 3⁄4 of the box in one night.

"It was not until this actual moment that I realized the odd but fun shape of this cereal is meant to mimic jacks—as in the game jacks."

First, I gotta talk about this mascot. I mean, look, animals are all well and good, even a Honeycomb-loving Tasmanian devil or those quirky little Cinnamon Toast Crunch monsters. But, a cinnamon stick? Really? Is that where we're at now? He also appears to have a Rastafarian hairdo, is sporting the sandals of a German tourist, and the unibrow I had at age 12. It was not until this actual moment that I realized the odd but fun shape of this cereal is meant to mimic jacks—as in the game jacks.

Upon opening the box, an intense and exciting cinnamon-spice scent wafted out. The jacks come in appealing shades of orange, gold, and red. I loved this cereal immediately. The jacks are appropriately crunchy and definitely not overly sweet. There's a pleasant sugar coating but just light enough to keep you wanting more. I will say this is actually one of the few cereals I prefer dry. I inhaled a bowl with 2% milk (another new fixture in this Wild West town masquerading as my parents' fridge) and was mildly disappointed that the milk didn't get cinnamon-sugary. Because of this, I don't even think I can compare it with Cinnamon Toast Crunch. Despite the weak milk, it has its own unique virtues. Much like Mini Cinnamon Churros, there's room in my heart for all of these cinnamon cereals.

I'm sure by now many of you have tried Cinnamon Jacks. What did you think? 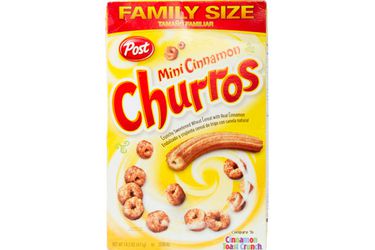 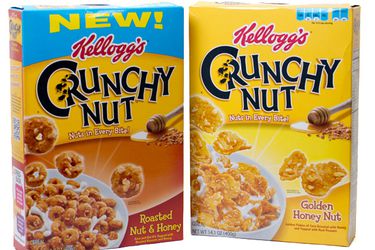 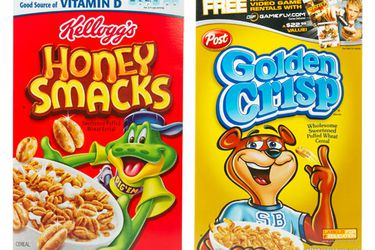 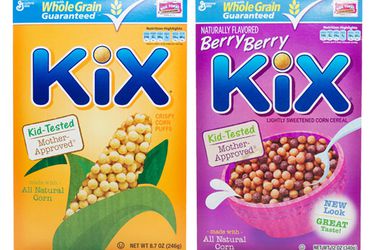