In Get Cooking, Mollie Katzen calls this a "sweeter, simpler take on traditional French onion soup," which pretty much sums it all up. Instead of white onions, red onions are cooked down until nicely caramelized. The sweetness is then amplified by a quarter cup of balsamic vinegar. Though I feared it would veer into syrupy sweet category, soy sauce and mustard add some much needed depth and balance.

Each bowl is topped with "cheese-topped croutons," which is literally just toasted bread with cheese on top. But they play an important role, bulking out each bite while adding some much needed fat.

I've had more richly developed and satisfying versions of French onion soup before, but this was an interesting variation, and definitely one of the easiest versions I've ever made. 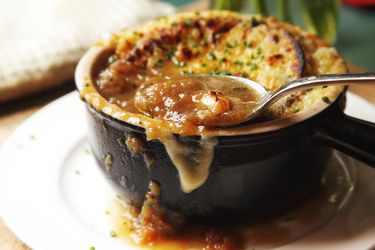 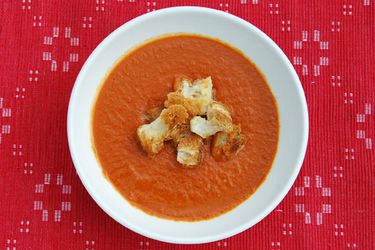 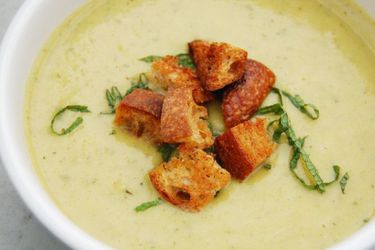 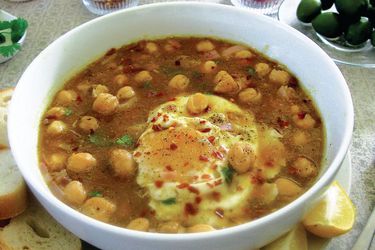 Lablabi (Tunisian Chickpea Soup) From 'The Heart of the Plate' 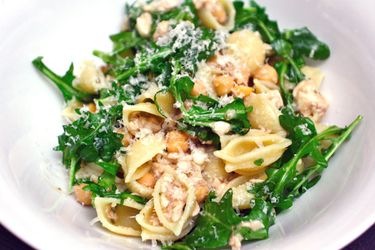 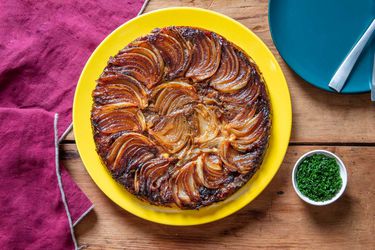 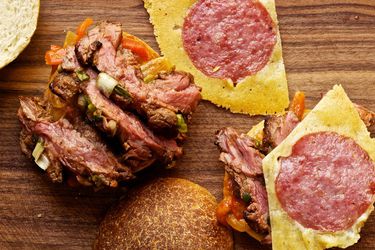