Resetting the Table is a monthly Serious Eats video series celebrating the diverse foodways that inform the way we eat in America. In each segment, Elazar Sontag cooks and talks with someone whose work in food, farming, or social justice is making a difference.

If you don’t have Cambodian relatives or friends, it’s quite possible you’ve never had the good fortune of eating the delicious food of this coastal Southeast Asian country. In cities with small Cambodian communities, restaurants and grocery stores serving or selling Cambodian dishes and ingredients are few and far between. But if you find yourself at a Cambodian restaurant, or if you’re lucky enough to score an invite to a Cambodian friend’s home for dinner, you’ll immediately understand what sets this food apart from that of neighboring Laos, Thailand, and Vietnam.

Cambodian cuisine is more pungent and tart than that of most other Southeast Asian countries. Many dishes owe their intense flavors to prahok, a powerfully fragrant fermented fish paste made by leaving fish in the baking sun for a day, then piling it into jars or baskets with plenty of salt. Often, the fish is fermented for so long that when it's added to a dish, it dissolves on contact, its flavors melting into the mix.

Tamarind or tamarind soup powder is used to flavor a variety of dishes as well, lending a balance of sweet and mouth-puckeringly sour. Cambodian cooks also pound herbs and spices into a wide variety of pastes, known as kreung, which act as the base for countless stir-fries. These pastes often include makrut lime leaves, lemongrass, galangal, ginger, and plenty of fresh herbs, though the ratios of these ingredients vary depending on the dish they’re being incorporated into.

To get a better sense for what really defines Cambodian food, I spent a day cooking with my friend Chinchakriya Un. Chinchakriya, who was born in a refugee camp in Thailand and moved to the US with her family while she was still a baby, hosts pop-up lunch and dinner events in New York City. (The pop-up, Kreung, takes its name from the above-mentioned ubiquitous Cambodian flavor base.) Hosting these events is a way for Chinchakriya to preserve Cambodian culture and to create a gathering space for other Cambodians far from home.

Before we started cooking, Chinchakriya set up camping stoves in her sunny Brooklyn backyard, so the smell of fermented fish and the punch of chili wouldn’t soak into her walls and linger. We were lucky enough to be joined by Chinchakriya’s mother, Kim, the culinary matriarch of the family, who watched over and advised us as we prepared a small feast.

As I chopped galangal and Chinchakriya sat on the floor pounding spices and curry leaves in a mortar, she walked me through the dishes we were making. We started with cha kreung satch moan, a chicken stir-fry colored green by a pungent kreung of makrut lime leaf and lemongrass. Then we moved on to somlor machew srai, a fish and crab soup with crisp water spinach, made with a tart tamarind base.

While we cooked, Chinchakriya laid out the most important components of Cambodian cooking. There’s the layering of varied textures—crisp jalapeños added to the chicken stir-fry right before it’s pulled from the heat, for instance—and the way in which salt and fish sauce and chicken bouillon are all added to the wok in turn, in order to provide as many different sources of salt and flavor to each dish as possible.

The ingredients themselves are important, too. Plenty of prahok, fresh galangal, lemongrass, ginger, spicy little peppers, tulsi—the herb, also known as holy basil, has a peppery, menthol-like bite—and fish sauce were all within arm’s reach while we cooked. The chicken bouillon added to the chicken stir-fry and the tamarind soup mix stirred into the soup in place of pounded fresh tamarind are a testament to the way many immigrants adapt when resources and time are short, and there are families to feed.

Kim cooked these same dishes with her own mother in Cambodia. She ate the fresh seafood soup with vegetables plucked from the rice paddies surrounding her home, with fish the men in her family caught. When she came to the US as a refugee, she continued to make these dishes from memory, adapting them to fit her new life and growing fresh herbs and vegetables in her garden to incorporate into each meal. On this trip to visit Chinchakriya, she brought her own fermented fish paste and makrut lime leaves grown in her South Carolina garden.

As we sat in Chinchakriya's backyard to eat the bright chicken stir-fry and light seafood soup, Kim and Chinchakriya debated the best way to serve the dishes—over rice, in separate bowls, or all piled together. Chinchakriya didn't learn to cook Cambodian food until she was an adult living in Brooklyn, so when Kim visits, they spend most of their time together cooking and visiting Asian grocery stores searching for ingredients. Chinchakriya absorbs all of her mother's tips and stories.

After watching Chinchakriya and Kim make cha kreung satch moan in their backyard, I took to our Serious Eats test kitchen to re-create the lemongrass chicken stir-fry. The recipe attached here is only slightly adjusted from theirs; it calls for cooking the stir-fry in two batches so the chicken doesn’t steam from overcrowding, and it gives the option to swap out the sometimes-difficult-to-find holy basil for Thai basil. Fermented fish, another tough ingredient to find if you don’t have access to Asian markets, is also an optional ingredient in this recipe. Otherwise, our cha kreung satch moan stays true to the flavors and techniques of the original dish.

For mother and daughter alike, cooking this food is about more than just nourishment or familiarity, though both are important—they cook to preserve and celebrate their culture, and to ensure it doesn't get lost in a country where Cambodian flavors are still unknown to many. 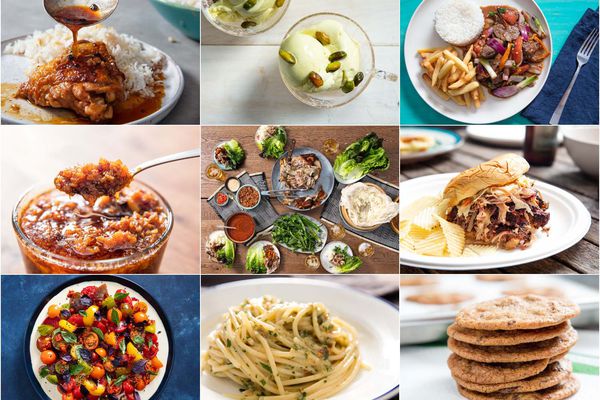 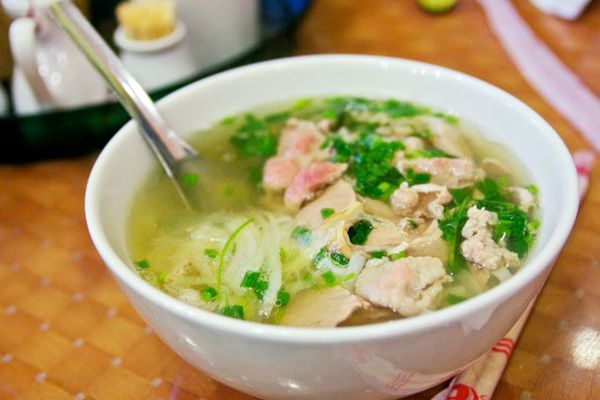