Coffee is a strange thing: Roughly 90% of adults consume the stuff, and more than 25 million folks worldwide are involved in the growing and processing of it, but it has almost no nutritional value at all. The coffee fruit is too small and flimsy to have any real life-sustaining properties, and the beverage itself contains hardly any calories (until you start in with the milk, sugar, whipped cream, and chocolate sauce).

Still, it's incredibly labor- and carbon-intensive to produce, and a huge amount of energy goes into every step of the process—from seed to ship to roaster to café to cup. But do you know where most of that energy is expended? The answer might surprise you.

Coffee by definition will never be a "local" product to North Americans: Its farmers won't be in our farmers markets, and we won't be able to visit a "pick-your-own" field on some picturesque autumn day. Coffee is grown in tropical places and shipped over long distances by boat; it takes a tremendous amount of water and fertilizer and manpower and land to raise; and it is often packaged multiple times during the course of its life—as wet green coffee on the farm, as dried green coffee at the mill, for shipping at the dock, and again at the roastery for sale. This all notwithstanding the amount of communication, paperwork, and other administrative expenditure that goes into the beans before they even start their sea voyage.

Even those of us consider ourselves eco-conscious consumers love coffee. Some of us eschew "commodity coffee" like we avoid highly processed foods in favor of smaller-batch stuff with pronounceable ingredients, and we maybe even favor local roasters, thinking that helps raise our eco-karma—but does it?

Well, let's take a look: Where does most of coffee's carbon footprint come from?

Many assume that the vast majority of the energy used to produce high-quality coffees comes from the origin side of the supply chain: farming, processing, and shipping. It seems like a reasonable guess, since the farms are usually in very remote areas (read: a lot of driving to and from the market), and the shipping alone must be a huge black mark on coffee's overall environmentally friendly status.

At the farm, electrical and fossil-fuel energy (including the use of petroleum-created agrochemicals) are, somewhat predictably, the biggest contributors, but all things considered, their impact is relatively light: The majority of coffees in Costa Rica, and throughout Latin America, are planted, picked, and sorted by hand; removed from their cherry using small manpowered depulping machines; fermented without water in open tanks; and sold in large batches as the combined efforts of a co-op or farmers collective, rather than in small piecemeal packages that would need individual shipping.

"While all of that takes energy, most of it is in the form of elbow grease, not axle grease."

While all of that takes energy, most of it is in the form of elbow grease, not axle grease. Even at the mill, the use of electricity to power buildings and print out paperwork is probably surprisingly minimal, especially as there are busy seasons and quiet seasons based on the harvest.

Shipping from the mill is undoubtedly the biggest culprit, but no more so than the other tropical products we receive from Guatemala, Costa Rica, Ecuador—bananas, mangoes, avocados, for instance—but because the beans are in less danger of being crushed or bruised or rotten in transit, they can be crammed into shipping containers more efficiently and with less packaging than those tropical fruits.

Depending on the size of the farm, the processes and technologies used, and adding all the shipping energy into the equation, one pound of coffee can generate as much as 4 pounds of carbon emissions before leaving its country of origin: Roughly 2 pounds on the farm, 1.25 pounds at the mill, and another .75 pounds in shipping preparation.

The roastery, especially these days, contributes its fair bit to the eco-tally: The increase in "direct trade" relationships means more coffee buyers are physically visiting farms around the world rather than buying by proxy or strictly through importers and offering sheets, and all those international flights add some extreme petrol points to our score sheet.

Not only that, there's the roasting facility. Powering the roasting machines is one thing (most run on gas), but there's also the offices to light, the computers to boot up, the toilets to flush, the break room refrigerator to keep clean and efficient, and the gas emissions racked up by everyone who commutes by car—to name a few carbon burdens. Unlike the farm and the mill in most places, too, the roastery is going full-speed ahead year-round, as opposed to operating more heavily on a seasonal basis.

According to Kim Elena Ionesco's study mentioned above, and thanks to some number crunching help with the audit professionals at Climate Smart, it seems that our particular roastery contributes about 1.2 of those 10 or more pounds of CO2 emissions per pound of coffee produced per year. (This coincides with the findings of the Costa Rican study, which also asserts that the roasting stage of a coffee's life contributes about 15% of the overall footprint.)

Rut roh—you and I already can tell by simple math what this all adds up to: The café and the final cup are the biggest culprits in the energy vacuum that is the coffee supply (and demand) chain. Of the 10 to 11 pounds of carbon emissions that the average pound of coffee creates, as much as 50% is created at the retail and consumer level.

This not insignificant energy usage is the result of multiple factors. Heating and air conditioning in an environment with constant temperature fluctuations (think of the gust one way or another every time a new customer walks in the door); outlets in constant use behind the counter (toasters, blenders, grinders, brewers, fridges, dishwasher if the baristas are lucky) and in front (laptops, phone chargers); espresso machines and grinders left on 24-7 for efficiency's sake; lights left on in the bathroom and the basement when no one's using them; computerized POS, cash register, and/or credit-card machines; mountains upon mountains of paper-cup waste; and, of course, the perpetual flowing of water through coffee equipment, toilets, and sinks. It all adds up!

Don't be discouraged, however, because this isn't meant to be a shaming post: It's merely an exploration of the myriad ecological factors that go into creating and consuming the coffee we love and rely on—along with perhaps a little reminder that climate change is one of the biggest threats to the survival of coffee plants worldwide.

"A little more energy efficiency on the brewing and drinking end might not go the whole way to reducing this problem, but hey, it couldn't hurt."

A little more energy efficiency on the brewing and drinking end might not go the whole way to reducing this problem, but hey, it couldn't hurt. Machines turned off overnight might be a pain, but it'd help for sure; baristas being more mindful of grinding and wasting more beans than they need would definitely help; composting coffee grounds helps; one more travel mug and one less paper cup helps; a few less wasted napkins help. Small changes every one of them, but they add up. I promise.

Anyway, they sure beat having to endure those clouds of carbon guilt in our collective coffee cups, right? 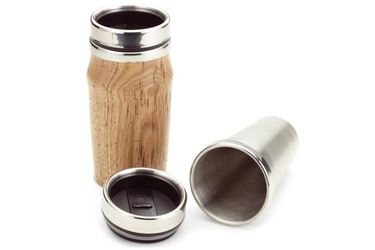 How to Become a More Eco-Savvy Coffee Lover 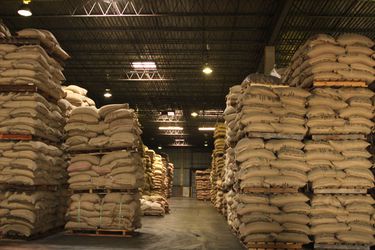 Inside the World of Coffee Warehouses 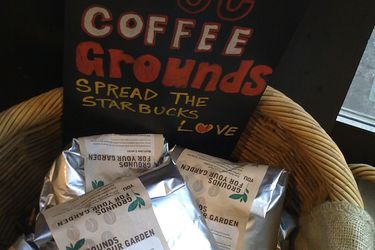 Why You Should Compost Your Coffee Grounds 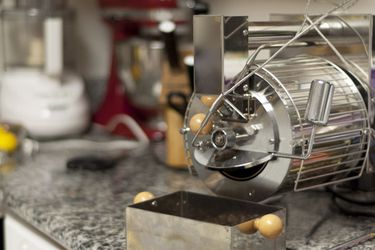