When I was just starting to cook, I pored over cookbooks. Some inspired me, while others—peppered with exotic ingredients and complicated steps—intimidated me. But I recall that when I saw this recipe for Paul Prudhomme's meat pie, everything clicked. It pushed me outside of my comfort zone, yet the ingredients were all accessible. The same was true of the overall approach. Essentially, it's a sweet pastry crust filled with a savory, heady ground pork and ground beef mixture. The whole thing is topped with rich cream cheese, which turns bubbly and browned in the oven—in short, it's bliss on a plate.

Besides, it seemed very special occasion to my early-college self.

So, I busted it out for dinner parties and anniversaries. I made it as a get-well-soon offering for loved ones. The handwritten recipe card got splattered the way beloved recipes do. And like many a time-honored preparation, it was eventually shelved in favor of lighter, brighter, more modern fare.

Now that we're having a bout of chilly summer weather in Chicago, it popped into my mind once again. So, I decided to resurrect, with some tweaks.

There are three parts to the dish, and it does take some time since you need to chill the dough for at least an hour after making it. I recommend using a stand mixer; this is not a delicate dough (though, as with any dough, you don't want to over-mix it). Once readied, it bakes in the oven first before it's ever filled—an important step not to overlook, unless you want to end up with a soggy mess.

The first part—the crust—I didn't want to change: What makes it special, and rather unusual, is its sweetness and denseness, both of which stand up beautifully to the savory, aromatic filling that's infused with Cajun flavors.

Next, the meat filling starts with mix of onions, garlic, and celery, which sautés in what seems like an ungodly amount of butter. But do not be tempted to skimp. The original recipe actually calls for margarine, but since it's basically a molecule away from being plastic, it's something I choose not to use.

After that, you add pork and beef until they're browned. For some reason, Prudhomme does this in separate stages, but I've found that there's really no need. Just put them in the pan at the same time and break the meat into little bits. A slew of Cajun spices, some fresh, some dried, add fragrance and flavor to the mixture. I replaced basil with oregano and used smoked sweet paprika rather than the Hungarian variety for some added complexity. I also incorporated a bit of sherry vinegar for acidity and Worcestershire for an undercurrent of umami. Grated potatoes and beef stock are the last part of this step before letting the whole thing simmer briefly on the stovetop.

Once the filling has cooled, you just spoon it into the crust. Finally, I top the pie with a fresh thyme-specked cream cheese mixture. I took the liberty of adding some lemon zest to brighten it up, along with pepper and a dash of salt for some punch.

The whole delicious, caloric medley bakes in the oven and comes out smelling like heaven. Serve it with a crisp green salad dressed in a tangy vinaigrette.

Note: While it's best served about 10 minutes after removing it from the oven, this meat pie holds up surprisingly well in the refrigerator. So, don't worry if you have leftovers; it's good both cold and re-warmed. 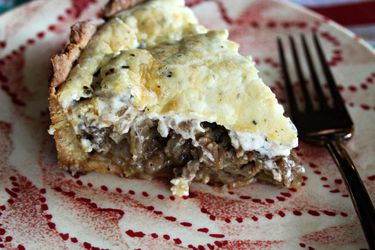 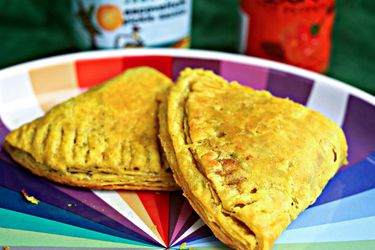 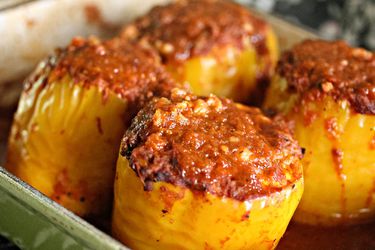 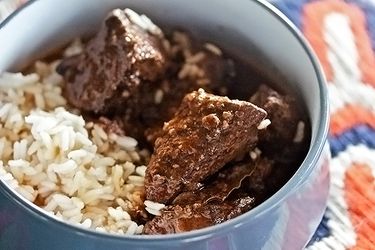 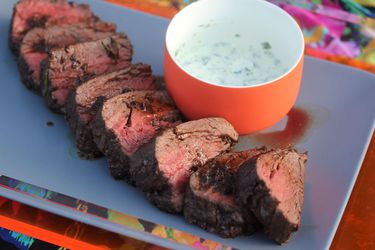 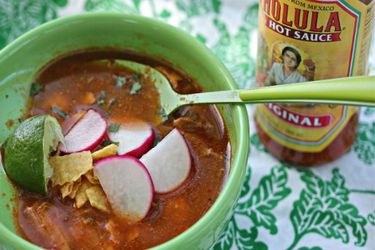 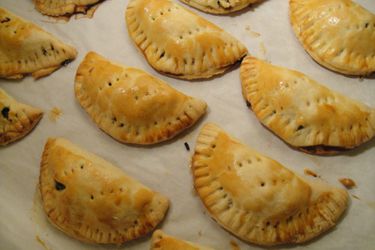 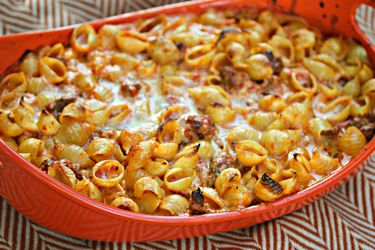