Yesterday, Kenji unveiled his incredible pepperoni pizza puff pastry waffle, the first of a week's worth of insane puff-pastry waffles. Today, I introduce the next one: an unbelievably decadent, sweet version that's filled with frangipane, a buttery almond paste.

I was inspired by pithiviers, a French dessert that's basically a puff pastry pie most often filled with frangipane. At Christmastime in France, it's common to prepare a pithivier-type dessert called galette des rois (king cake) with a dried fava bean hidden in the frangipane center. Whichever little kid gets the slice with the fava bean gets to be king or queen for the day. You can hide a fava bean in your waffle too, if playing pretend royalty is your idea of fun (I take no responsibility for chipped teeth).

To make it, I followed the same basic method Kenji used for his pizza waffle, rolling out the puff pastry to a roughly 16-inch square, then topping it with the filling, rolling it up, and twisting it into a spiral. The frangipane itself is incredibly easy to make: You just whip together equal weights of almond meal, sugar, and softened butter, along with a little flour, egg, and salt.

Once on the hot waffle iron, some of the frangipane may initially leak out, so be prepared to catch any mess as it drips. When it gets hot enough, though, it sets to form a light filling that's absolutely compelling. 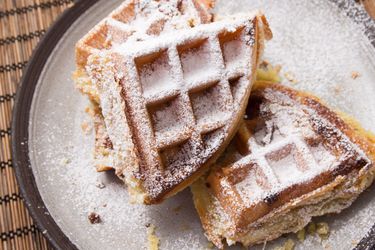 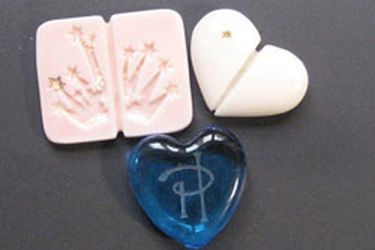 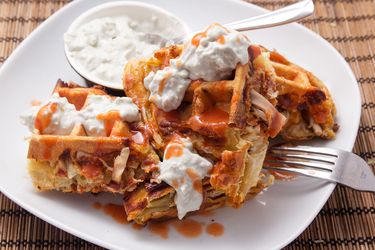