This roasted eggplant and red bell pepper dip is rich and bright with distinct smoky notes.

Eggplant is one of my favorite vegetables due to its silky texture and its ability to take on smoky flavors with ease. It’s both my go-to vegetable when I’m cooking a special meal for guests and also a dinnertime staple that I make at least once a week.

Eggplant is a popular vegetable throughout Asia and the Middle East: Not only are they used in main courses like stuffed eggplants and bhaingan bharta (roasted eggplant with tomatoes and onions), they are often used to prepare appetizers and dips like baba ganoush and pakoras. Eggplants are often described as meaty in texture, but I hate describing vegetables in terms of meat so I prefer to think of them as full-bodied. Although they are sometimes described as bitter-tasting, most plant breeders over the years have selected varieties that have little to no detectable bitterness in them. Luckily for us, that means we can spend less time worrying about trying to rid them of bitterness and more time figuring out what flavors we want to infuse them with—because eggplant sucks up flavors with ease.

One flavor that's particularly well-matched with eggplant is smoke, which is developed through high-heat methods like charring, grilling, or roasting. Of those options, roasting is arguably one of the easiest: The high heat helps the sugars caramelize and also helps the amino acids and sugars participate in the Maillard reaction. The result of these two food reactions builds bittersweet flavors and a smoky profile.

I like to add cumin and coriander seeds to the vegetables during roasting, which allows the spices to toast and release their flavors directly into the vegetables while eliminating the extra step of toasting the spices separately. Once the vegetables are lightly charred, they carry a lovely smoky flavor. I then remove them from the oven and let them rest until they’re cool enough to handle.

To add body to this dip, I turn to red lentils and cashews. This recipe uses red lentils but other options like black lentils and split pigeon peas will also work here. Once the lentils are tender and cooked, it's important to drain them right away. If left to sit in the water too long, the lentils run the risk of becoming mushy. As for the cashews, I soak whole roasted and salted cashews in boiling water to soften them, which makes it easier for them to break down during blending.

While this dip can be made in a blender, a food processor offers better control of the final texture with less risk of over-pureeing. The dip should not be perfectly smooth but instead resemble a coarse paste, which can be accomplished by pulsing the processor in short intervals for a few seconds at a time until the paste comes together.

This dip is a party-pleaser that both vegetarians, vegans, and meat eaters will love. It goes well with any kind of warm flatbread, buttered slices of crusty toasted sourdough, and I daresay a wonderful spread inside sandwiches too.

Dip can be refrigerated in an airtight container for up to 4 days. To serve, bring dip to room temperature or warm in a microwave. 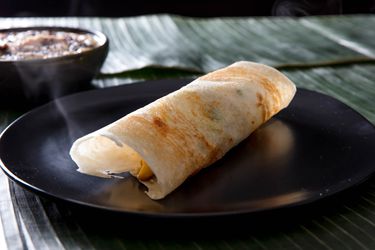 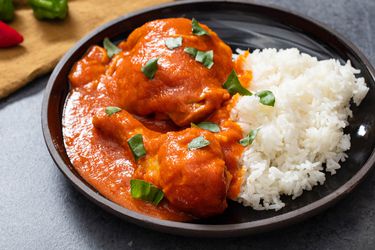 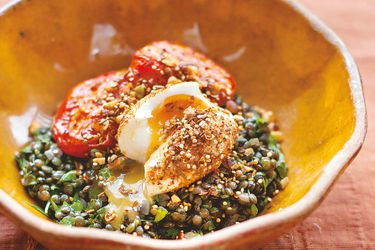