Look. I've tried. I waxed nostalgic about Oreos. I sang the praises of Clown Cones. I wrote poetry for the Dairy Queen and even traveled through space and time to catch a creepy ice cream truck.

But when it comes to Nutter Butters, I can only say, WTF, Nabisco? Never has a more inappropriate mascot ever shilled a cookie. That someone hasn't filed suit against the Nutter Butter Man comes as a complete shock.

This creepy fop may have only had one commercial appearance ever, but when it comes to that kind of freaky, once is enough. The Nutter Butter Man sneaks up on an unsupervised boy at the playground, zipping down a slide to catch him unawares. He frolics around, disguising his approach in a playful dance, and then plies the boy with cookies before crudely inquiring, "What has creamy peanut butter filling filling up its middle and is peanut shaped?" At this, he wildly gesticulates toward his own freakish body: man from the shoulders up and hips down but all Nutter in between. The boy, recognizing the menace, gets the hell out of dodge and runs away without so much as a backward glance.

That commercial aired in 1973 as a part of School House Rock back when television programs didn't mind exposing countless young viewers to sinister and lurid animations. Nevertheless, after that Nutter Butter enjoyed such tremendous success it would never require another advertisement on television or in print.

A massive advertising campaign couldn't keep Crystal Pepsi on store shelves and an elven Einstein didn't have the wherewithal to ensure Magic Middles' survival. Yet Nutter Butters endure. I ask you, what other substance maintains popularity through the ages without advertising and in the face of overwhelmingly bad press?

Drugs. Nutter Butters don't even bother to disguise the fact that they come laced with peanut butter, one of the most addicting substance in the world.

And Nutter Butters are habit forming. In spite of a double dose of peanuts from the crisp cookies and creamy filling, their gentle peanut flavor remains elusive. They stimulate your peanutty pleasure center without ever fully satisfying, leaving behind an eternal hunger for just one more. Each bite reveals subtle hints of vanilla, nuances of toast and a haunting trace of salt. The withdrawal symptoms are brutal.

Regardless of the questionable nature of their one commercial, it did succeed in definitively enumerating a Nutter Butter's charm. Their famous Nutter Butter peanut butter cookie riddle asks, "What has creamy peanut butter filling filling up its middle and is peanut shaped and crunchy too?"

Well, not the average DIY Nutter Butter recipe, I can tell you that. Apparently any two peanut cookies slapped together qualify. But no more!

With this recipe, we can all at long last enjoy a batch of peanut butter sandwich cookies free of Nutter Butter Man's...touch. 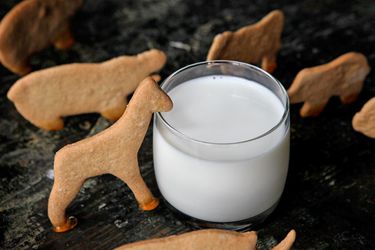 BraveTart: How to Make Animal Crackers 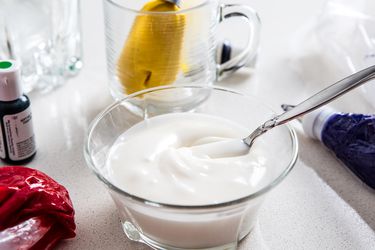 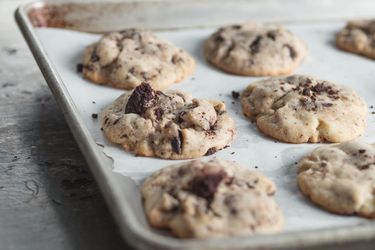 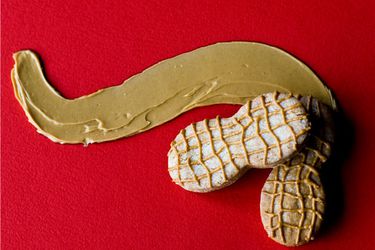 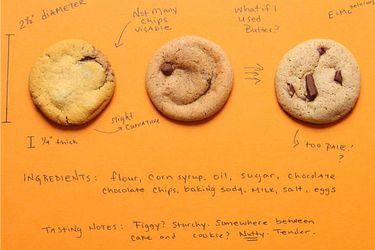 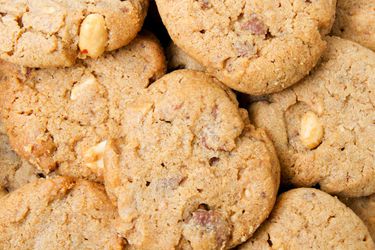 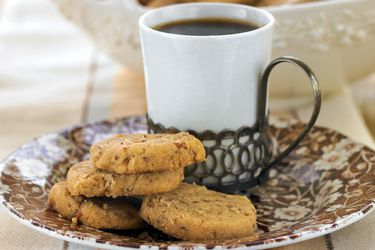 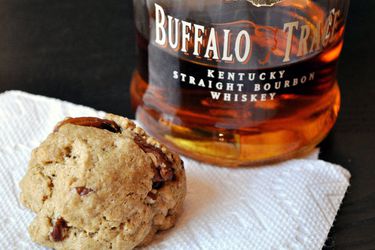