Stella Parks
Editor Emeritus
Stella Parks is a CIA-trained baking nerd and pastry wizard, dubbed one of America's Best New Pastry Chefs by Food & Wine. She was the pastry editor at Serious Eats from 2016 to 2019.
Learn about Serious Eats' Editorial Process
(23)
0

As early as 1985, the New York Times began seeking to establish what it took to make "real" tiramisu, then still a relative newcomer to the American dining scene. After much searching, its report proved that the answer was almost impossible to nail down. Tiramisu's history boiled down to undocumented claims of he said/she said, with little historical evidence to ground the specifics. All anyone could say for sure was that it should involve mascarpone, whipped eggs, ladyfingers, some sort of booze, espresso, and cocoa, layered together like a trifle.

That leaves a lot of latitude for interpretation and little basis for hard-and-fast rules, which is why I shy away from common recipes. By and large, they're all variations on a theme: six egg yolks and about five ounces of sugar, cooked together and folded in with a pound of mascarpone, then layered with coffee- or coffee-and-Marsala-soaked ladyfingers, possibly spiked with brandy or rum.

The result is too eggy and dense for me, as egg yolks whip rather poorly and have a powerful flavor that overwhelms the delicate mascarpone. Meanwhile, top-notch Marsala is hard to find, leaving us with cheap brands that give the ladyfingers a harsh bite—one that doesn't do any favors for bland store-bought biscuits.

My version of Italy's most famous pick-me-up keeps the overall format, but steps away from those particular details, for a tiramisu that truly stands out. For me, that means starting with homemade ladyfingers. In part, that's because my one-bowl method takes the pain out of whipping up a sponge cake, and I think it's fun to make desserts 100% from scratch.

If that doesn't describe your feelings about spending time in the kitchen, don't hesitate to buy ladyfingers from an Italian bakery. Look out for a good-quality brand that's free from artificial flavors, which can contribute an unexpected aftertaste to an otherwise mellow tiramisu.

When making the potent syrup that will moisten and flavor the ladyfingers, I'm all about the strength of espresso, in terms of both flavor and caffeine. Whether based on preference or convenience, it's fine to reach for black coffee instead; it'll lighten up the bitterness and potency of the syrup, which can be a good thing for those who'd rather have a less intense dessert.

Though it's common to many recipes, you won't find Marsala in mine. As mentioned, it can be hard to find a bottle that's up to snuff, and, to be honest, I'm not really that crazy about the good stuff, either. After more than a month of testing and several dozen batches of tiramisu, I've dialed into the perfect boozy blend: crème de cacao and Cardamaro.

Chocolate liqueur in a dessert laced with cocoa probably doesn't require an explanation, although I will say that it makes a difference to find a brand that starts with real cocoa and vanilla beans; my favorite is from Tempus Fugit, and it's well worth seeking out. It adds a bold chocolate flavor that doesn't taste cloying or fake, with strong notes of vanilla that meld nicely with the mascarpone filling. If you don't have or want to buy crème de cacao, look for liqueurs that marry well with coffee, such as Frangelico and Nocello or Tia Maria (even Baileys Irish Cream, if you can stand the weird cultural mashup).

The second spirit in my recipe, Cardamaro, is decidedly less intuitive, but hear me out. This wine-based amaro is made with cardoon (a relative of the artichoke) and blessed thistle (cousin to the dandelion), which admittedly sounds bonkers. Yet it has a gentle sweetness and toasty flavor that's buttery and smooth, with a botanical aroma that lightens the darkness of coffee and chocolate. Like tiramisu itself, this curious spirit is a newcomer from Northern Italy, so there's something nice about putting them together. And if you do spring for a bottle, it may just become your new favorite thing. Enjoy Cardamaro on its own as an aperitif, or splash it into a glass of Prosecco with a twist of lemon for a simple sparkling cocktail.

Clearly, I'm sold on this magical liqueur, but I'm also well aware that there are many ways to layer complementary aromas into the coffee syrup. In place of Cardamaro, you can fall back on sweet Marsala, or try an Italian dessert wine such as vin santo. Just look for something light and aromatic to offset the darker flavors of coffee and chocolate.

Do be aware that the impact of alcohol on tiramisu can't be judged until after assembly, so it can take some time and a loosened belt notch to find your own favorite blend, but it's the most delicious sort of trial and error. And if alcohol isn't right for you, use more coffee and layer in some aroma and sweetness with a mix of almond or hazelnut milk and chocolate syrup. (The vanilla-chocolate syrup in my cookbook is perfect for the task.)

Whatever blend of flavorful liquids you choose, mix them all together with cocoa powder, hot espresso or coffee, and a splash of vanilla extract in a deep bowl. This earthy, bittersweet, and highly aromatic syrup will be the backbone of your tiramisu's flavor, so don't be surprised to find that it tastes a little bracing on its own; the sheer volume of mascarpone filling will dilute it down the road.

As I mentioned above, while most tiramisu recipes call for a filling made from whipped egg yolks, I'm not keen on the density and the heavy custardy flavor that detracts from the lightness of fresh mascarpone. To put that clean dairy flavor center stage, I use whole eggs instead. This lightens up the flavor profile and consistency of the filling, letting the mascarpone shine.

The method couldn't be easier. Combine whole eggs, sugar, and a pinch of salt in the bowl of a stand mixer, then place the bowl over a water bath, stirring constantly, until it registers 160°F (71°C) on a digital thermometer—no more than five minutes.

Transfer the cooked-egg mixture to a stand mixer, and whip on high speed until the foam has more than quadrupled in volume, turning pale and thick along the way.

Depending on the horsepower of your mixer, this can take anywhere from five to 10 minutes, so use visual cues as your guide. Once the mixture is nicely thick and foamy, reduce speed to medium and begin adding the cold mascarpone, one big scoop at a time. There's no need to wait for each one to incorporate, or to precisely measure out the size of your scoops; the filling isn't fragile or fussy at all.

After the last addition of mascarpone, pause to scrape the bowl with a flexible spatula, then whip briefly to be sure everything's well combined. The mixture should be thick but light, like a cross between custard and whipped cream, because it is exactly that.

To bring all the delicious components together, start by dunking the ladyfingers into the coffee syrup, giving each a second to soak. Arrange along the bottom of a 7- by 11-inch baking dish.

Top the ladyfingers with roughly half the mascarpone filling, then spread into an even layer and dust generously with cocoa powder. Not only does this add a strong chocolate flavor and a dash of bitterness to complement the sweet cream, it also keeps the moisture content of the ladyfingers in check (since cocoa powder happens to be a powerful starch). Rather than grocery store brands, which are often low in fat and quite astringent, look for full-fat cocoa powders from brands like Valrhona, which can offer a deep, rich flavor instead.

After dusting, add another layer of coffee-soaked ladyfingers. Toward the end, there will be significantly less syrup in the bowl, which is a good thing, because the ingredients are too expensive to waste.

If necessary, tilt the bowl to create a bit of depth for dipping, and eventually the ladyfingers will soak up every last drop. Top with the remaining mascarpone filling, spread into an even layer, then scrape perfectly flat with an offset spatula (just look both ways before licking it clean).

The final touch is a length of butcher's twine, laid down in swoops and swirls, or whatever kind of pattern you like. Run your finger along the design to make sure it's pressed into the mascarpone, then sprinkle with another thick layer of cocoa powder. Find where the pattern ends, then pick up the twine and slowly pull it up (if you start from the beginning, it will get tangled).

Keep peeling it up, bit by bit, to reveal your design.

In contrast with ambitious geometric patterns that may seem sloppy if not executed with care, a curving "doodle" is abstract enough to always look whimsical and elegant in the end. Though this is obviously an optional step, it's a low-effort, high-reward way to make your mark on tiramisu.

Cover and refrigerate the tiramisu for at least an hour before serving. This will give the flavors a chance to meld and help the filling firm, but it also ensures that the cocoa layer will be hydrated, for a texture that's velvety, not powdery and dry. When that happens, there's no risk of flying into a coughing fit by accidentally inhaling cocoa with your first bite.

And, oh, what a first bite!

The second bite's not too shabby, either.

How to Make Tiramisu

For the Coffee Syrup:

For the Mascarpone Filling:

After dozens of experiments, I've become obsessed with the bittersweet combination of crème de cacao and Cardamaro, a mild, wine-based amaro from Northern Italy. But tiramisu is all about customization! Feel free to swap the crème de cacao for other types of chocolate, coffee, or even nut-based liqueurs. The Cardamaro can be replaced with other mild amari, or dessert wines like vin santo or a sweet Marsala. The goal is to create an intense, bitter, and aromatic concoction, with just a whisper of sweetness. If alcohol isn't an option for you, try using a blend of coffee and hazelnut or almond milk spiked with chocolate syrup instead. 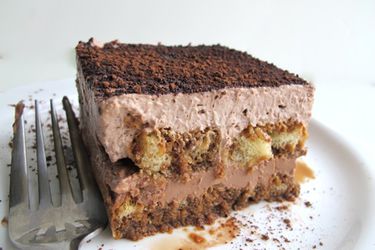 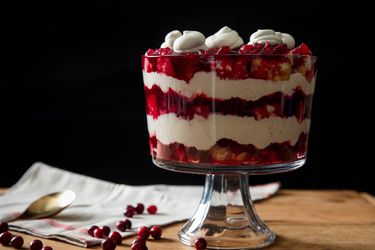 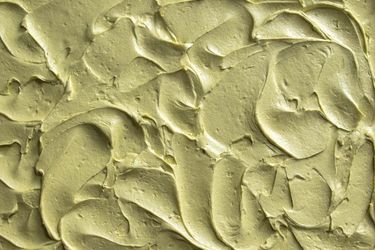 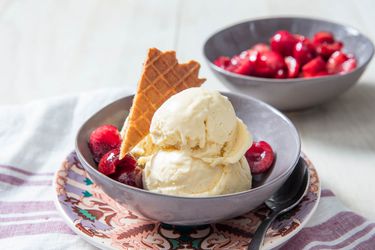