What makes a great margarita? At its best, this classic cocktail is a happy marriage of ingredients, with each element playing off the others, enhancing the drink. A well-made tequila tastes grassy and mildly peppery, with hints of citrus and floral flavors. A good margarita should bring all of those agave flavors, especially the grassy and peppery notes, into the drink, while the tart lime and triple sec should combine into a citrus flavor that enhances and brings out the floral, aromatic side of tequila.

A poorly made margarita usually tastes overly sweet and sticky, with tequila flavors that are either non-existent or actively vile. (I have a theory that most bottom-shelf tequilas are designed to be nearly as flavorless as vodka, and have the same bitter grain-alcohol flavors that most cheap vodkas have.)

I'm on a quest to find the best tequila for a margarita. Do you need to spend big bucks to make a great version of the drink? Are there affordable brands that make good margs? I convened a tasting of margaritas made from ten different tequilas. My tasters—all frequent and enthusiastic margarita-drinkers—sampled them blind, took notes to describe their impressions, and voted on the best.

Our tasting focused entirely on drinks made with blanco or silver tequilas—most recipes for margaritas call for these. Sure, some bartenders prefer to mix with reposado tequila, and that's a delicious (if sometimes pricey) option. But since silver tequilas are more commonly used and our crew couldn't make a cocktail with every single bottle in the liquor store, I limited our tasting to those.

The Tequilas We Tried in Margaritas

I wanted to maintain ingredient consistency from margarita to margarita, so I mixed a batch of (for lack of a better term) homemade margarita mix. This wasn't anything gross, like the stuff you get in plastic jugs from Boozmart: it was simply lime juice and triple sec, the lime juice squeezed and strained just before mixing. I fixed up a large batch of it to use in all of the drinks.

Some of you may be fans of the Tommy's Margarita, made famous by Julio Bermejo of Tommy's Mexican in San Francisco. Bermejo's version of the drink calls for tequila, lime, and agave nectar—but no triple sec. The drink's aficionados say that the Tommy's version provides a cleaner agave taste, without the triple sec jamming up the cocktail. I like this drink, but I wanted to test a classic margarita, and in my mind, that means triple sec. I used Cointreau for all the drinks in this test: half an ounce per serving, along with 1 1/2 ounces tequila and 3/4 ounce lime juice.

We split our tasting into two rounds. First, we wanted to see if, in a blind comparison, our tasters could tell the difference between margaritas made with 100% agave tequilas versus mixto tequilas. (Mixto tequilas are made from no more than 51% agave; the remainder of the liquid that goes into the tank for fermentation is syrup made from cane sugar.) The two winning tequilas from the first tasting then moved onto a second round, where we compared a number of 100% agave tequila brands.

We tasted the drinks in random order, and matched up the mixto tequilas with 100% agave tequilas that were chosen at random. My three tasters tested everything blind, but I did not. However, I didn't share my feelings about the tequilas until after everyone had taken notes on the drinks. We offered a spit bucket to the tasters, and we had plain chips and water around for palate refreshment.

Here's what we thought of each cocktail.

The Mixtos: Sauza and Cuervo

In the first round of blind tasting, we wanted to test margaritas made with mixto tequilas against margaritas made with 100% agave brands. Could we tell the difference? Yeah, we certainly could. It's not that the mixtos made offensive margaritas, but we just couldn't get excited about the drinks. Both mixto tequilas seemed to make sweeter, blander cocktails that didn't quite work. The Sauza margarita was piney, resiny, and overly sweet. Piney flavors certainly work well in martinis, but they belong nowhere near a margarita.

The other mixto, Jose Cuervo, fared a little better. The Cuervo version had a pleasant aroma and reminded one taster of a basic five-buck house margarita from a Mexican restaurant. However, the Cuervo left an unpleasant oily texture in the mouth, making it stick out compared to the 100% agave options. Spend a few dollars more per cocktail to get the good stuff.

The results of the second round of tasting surprised me a bit. We all agreed on what we thought were the two or three best of the cocktails, which were the middle-of-the-road, and which were the least favorite, but the difference between "best" and "least favorite" wasn't as large as I expected. Quite a few of these tequilas make margaritas that are classic and balanced, with subtle differences between the drinks.

Our overall favorite margarita in the blind tasting—by a nose—turned out to be Casa Noble. This was easily the most complex-tasting cocktail we tried, but not so complex that it seemed un-margarita-ish. Casa Noble really shines in the drink, offering flavors that no other tequila in the lineup could muster. We tasted hints of vanilla, coffee, cocoa nib, and green pepper, along with the classic grassy taste you want in a margarita. One taster called it "smooth, smoky, with a kick," noting that the bottle would make a good gift.

Everyone enjoyed this margarita and one taster chose it as the favorite. If you're looking for the 'archetypal margarita,' this is the tequila you should buy. The tequila, lime, and triple sec seemed well balanced, without hiding the spirit's bracing quality and flavors of menthol, red pepper, and lemongrass.

Don Julio provided a classy aroma and provided the most agave flavor of any of the margaritas. We thought this tasted like a high-end margarita you'd pay a few bucks extra for at a typical Mexican restaurant. One taster remarked, "I could forgive a lot of sadness with a few bottles of this." Though most of our group really enjoyed this cocktail, one taster felt that the drink's aromas weren't all quite appealing.

The Milagro margarita was sweet, smoothly scented, and well balanced. The cocktail was minerally, mildly astringent, soft, and floral, with grassy, vegetal, and peppery notes. One taster said, "I could see myself spending a night with this bottle." Everyone enjoyed this margarita; it missed our top three favorites by a hair, and only because the drinks made with Casa Noble and Herradura were just a touch more complex.

Though one taster called it "weirdly forgettable," another commented that this drink had the most tequila-ish aroma and that it made the most balanced margarita. The flavors were reminiscent of green pepper and cut grass, plus a splash of sweet fresh citrus. We found the drink creamy, dry, and mildly astringent, though a couple of tasters thought it seemed a bit soapy. After the tasting was complete, we tried this drink with quesadillas and found it to be an excellent partner for the food.

This margarita had a pleasant cactusy aroma. Sweet like saltwater taffy, but a little rough. While some didn't feel like drinking too much of this, one taster noted that the Espolon margarita tasted like a really good, classic version of the drink.

1800 made for a sweet, mildly astringent, and round margarita that some tasters found to be a little one-note. The agave was easily tastable, and the drink had a classic margarita flavor, honeyed, with grassy and peppery notes. One taster noted that this bottle would be appealing to a large group if you're entertaining.

The now-iconic Patron brand produced a margarita that was smooth and easy to drink. (One taster called it "too smooth for comfort.") Some noted that it made the lime taste too sour, sharp, and smoky. We thought it tasted like a premium margarita from a Mexican chain restaurant, like the kind you'd spend ten bucks for at Chevys: nothing to hate, but it didn't wow us, either.

Note: All tequilas except Sauza and Cuervo were provided as samples for tasting. 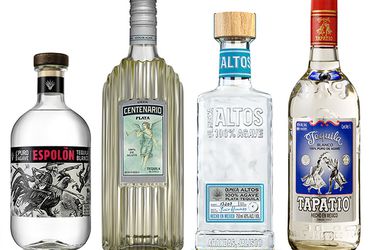 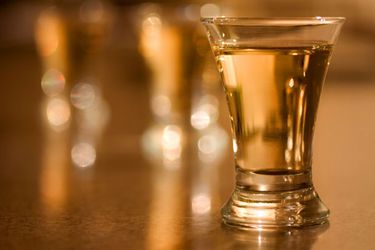 Blanco and Joven: Unaged Tequilas That Are Worth Drinking 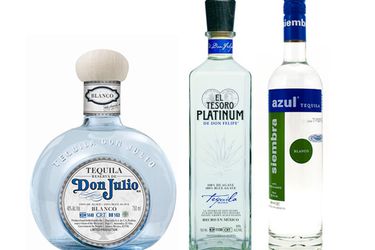 5 Silver Tequilas You Should Try 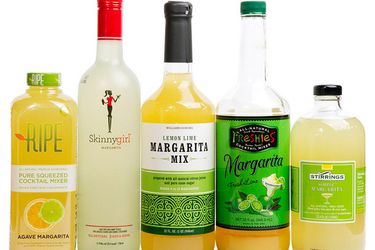 Our Search for the Best Margarita Mix