It should come as no surprise that Mexicans, like those of us north of the border, drink a lot of soda. Most gringos have at the very least heard of Mexican Coke, which is widely available in this country, but there's more to the sweet fizzy beverages from our neighbors to the south.

The U.S. has a vast selection of its own sweet carbonated beverages, but Mexican pop is worth seeking out, if for no other reason than the unusual flavors we don't see much of here in the States, like tamarind, sangría, and hibiscus. Also, Mexico sodas aren't as reliant on high fructose corn syrup as those in the States, though the rising cost of cane sugar has convinced many Mexican soda producers to make the switch to syrup.

Of course there are many Mexican sodas that aren't available in the U.S., but if you visit your local taco truck or Latin market, you might be surprised by the variety. (And you may even find a few gems in your local supermarket's Latin foods aisle.) Here's our guide to seven Mexican sodas you should seek out now.

Created by Don Francisco Hill in the 1950s, Jarritos ("little pots") is the #1-selling Mexican soda in the U.S., and its vibrantly colored lineup, sold in molded glass bottles, are striking shelf occupiers. The brand's 11 flavors, including guava and mango, tend to veer toward the sweeter side, so skip them if you don't like your soda candy-sweet. We're particularly fond of the tart Tamarind variety, but the Jamaica carries intense hibiscus flavors and is particularly pleasant on a hot day.

Mundet's apple soda was founded in 1902 by Don Arturo Mundet, who was an early adopter of the then-recently invented crown caps. Mundet comes in two flavors: Sidral (the "red apple" variety) and Manzana Verde ("green apple"), the latter of which is much more difficult to track down in the States. Despite what it claims on the official website, Mundet barely has any real apple juice in it (less than 1%—it says so right on the bottle). Even so, the apple cider notes are prominent and taste quite authentic. Taco carts often offer Sidral Mundet, and it happens to pair beautifully with a salty carnitas taco hot off the grill. Mix it with nutty Oloroso sherry for a surprisingly delicious highball.

The Coca-Cola Company owns the Lift line of soft drinks, and different flavors have gained popularity in different parts of the world (lemon in Australia, grapefruit in Guatemala). In Mexico, the overwhelming favorite is Manzana Lift, an apple-flavored soda (made with high fructose corn syrup) that goes straight for the Jolly Rancher profile. It has a lighter body than Sidral Mundet, with a miniscule percentage of apple juice concentrate tossed into the mix that can't compete with the instantly recognizable "green apple" candy flavors. While it may not have an authentic fruit flavor like other apple sodas in this roundup, Manzana Lift is a good pair for saltier, fattier foods that require a bright acidity to cut through the richness. The brand's tall 500 mL bottles are understandably more difficult to find in the U.S., but if you're looking for a lot of soda for not a lot of dough (it's typically priced the same as smaller 12-ounce Mexican sodas), this is your best bet.

Not to be outdone by its longtime rival, PepsiCo also owns a Mexican-produced line of sodas: Sol. And like Coca-Cola's line, Sol uses high fructose corn syrup instead of natural sugar. The apple-flavored variety, Manzanita Sol, won our apple soda taste test back in 2011, enticing us with its perfect balance between sweet and tart and vivid apple cider parallels. Manzanita Sol is beginning to make serious headway in the Unite States: earlier this year, Taco Bell started selling it at select locations, with plans to expand throughout 2014. Of the brand's other flavors, Tamarindo Sol is worth seeking out for its slightly earthy, sweet and sour undertones.

The Topo Sabores line of sodas is owned by the Topo Chico mineral water company, whose claim to fame was securing the first Coca-Cola bottling franchise in Mexico back in 1926 (that or having one of its bottle caps used in the episode of The Office where Kevin tries to repair a broken turtle shell). Like Jarritos, Topo Sabores sodas come in a range of dayglo flavors like strawberry and pineapple and are definitely on the sweet side, comparable to the Sunkist and Crush brands here in the U.S. The most recognizable of the bunch, and our favorite, is the orange, which offers the classic orange soda experience without taking the sugar levels into the stratosphere.

Sangría Señorial is something of an acquired taste. While it does somewhat resemble sangría thanks to the presence of wine grapes, it more closely resembles a sweet, mixed-fruit wine cooler. Your brain might be tricked into thinking otherwise, but there's no alcohol to be found in this full-bodied beverage. Spanish-born Mexican resident Don Manuel Gómez Cosío came up with Sangría Señorial in 1964, and the soda has gained wide popularity since then thanks to Mexican distributor Novamex (which, incidentally, also distributes Jarritos and Sidral Mundet). Serve it ice cold with a squeeze of lemon or lime to brighten the grape and cherry flavors.

You didn't think we'd leave out everyone's beloved Mexican Coke, did you? Even if Kenji's taste tests suggest people prefer the taste of American Coke, there's no denying the cultish fervor this soft drink instills in its disciples. In case you don't know the difference, it pretty much comes down to one factor: Mexican Coke uses cane sugar instead of high fructose corn syrup. However, it was recently revealed that a large percentage of Coca-Cola produced and sold in Mexico uses corn syrup, not sugar, and that only the Coke exported to the U.S. is guaranteed to contain real sugar. Mexican Coke is sometimes sold at a premium, so if you consider yourself one of the devout, you may want to try the two Cokes side by side to see if the gap is as wide you assumed. Mexican Coke pretty easy to track down these days, and you can even buy it in bulk at Costco. 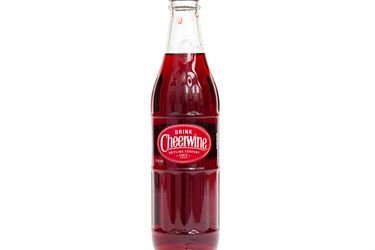