It's been a couple of months now since my wife Adri and I left Chiang Mai during our long journey through Asia, and I can't wait to go back.

It may have just been that it was our first stop after the nerve-wracking (but delicious) hustle and bustle that is China, but Chiang Mai easily makes the list of my top five favorite cities in the world. Everything about it, from the soft-spoken Thai people to the expats to the iced beers to the delicious meals on every corner says there's no need to rush here. You're in good hands. Even by the generally relaxed and groovy Thai standards, Chiang Mai is especially relaxed and groovy. Heck, even the tuk-tuk drivers smile at you if you call them out for trying to overcharge you for a quick ride.

Culinarily, it's also one of the least familiar regions of Thailand. Sure, you can find the pad thai, some of the central curries, and the som tom that is served everywhere, but the local dishes, influenced by Burma to the Northwest, and China's Yunnan province and Laos to the north, don't really make it far beyond Northern Thai borders.

We're talking laap salads made with toasted spices and pork blood. Grilled offal served with chili sauce. Soups with deep, bitter flavors and pounded salads flavored with roasted dried fish. You've all heard about the whole "hot, sour, salty, bitter, sweet" thing that a good Thai dish is supposed to have going for it, right? Northern Thai food bucks all that—you'll find individual dishes that are intensely bitter or intensely sour or intensely hot, with no real balance, until you have them all on the table together, a bite of this and a bite of that, all scooped up with sticky rice.

With the exception of a few dishes at Pok Pok, Andy Ricker's ode to Chiang Mai in Portland and New York, I'd never seen half the dishes I tasted while we were there.

We had it several times in Chiang Mai, but the first and best was at Lamduon Fahrm Kaosoi, a 70+ year old Chiang Mai institution with two locations. We hit the original on Charoen Rat Road, an easy walk or tuk-tuk ride from the old city center.

Note: the spelling of the restaurant varies wildly depending on who you ask. I'm going with the spelling that's painted onto their sign.

As you walk in, you'll see a sight familiar in most casual Thai restaurants: a large outdoor table piled with bowls of fresh vegetables, broths, and simmering meats, waiting to be assembled into a finished dish. Open kitchens aren't cool or trendy here, they're just the norm. At Lamduon Fahrm, 90% of what's served is Khao Soi, made with either chicken or beef.

We watched for a minute as a lady picked up handfuls of bright yellow egg noodles in a gloved hand and deposited them into bowls before topping them off with a braised chicken leg, a couple ladles of fragrant, oil-slicked broth, a handful of fried noodles (yes, Khao Soi gets two noodle preparations in the same bowl), and a drizzle of coconut cream.

The Khao Soi itself is pretty spectacular. Rich, fragrant, and deeply savory (no doubt with a little chemical assistance from a tub of MSG I spied in the open-air kitchen), with a mild heat and just a touch of sweetness. I spiked mine with a bit of extra fish sauce served tableside (I have a thing for funky, salty food). The whole thing comes with a plate of chopped Chinese pickled mustard root, some of those sweet and mild Thai shallots, and lime wedges. The chicken leg, which you eat by picking apart with your chopsticks and a small metal spoon, is almost forgotten as you work your way through the broth, but it's as tender and flavorful as braised chicken should be.

Even Adri, who was all noodled out after our time in China, still manage to enjoy the stretchy egg noodles with their crunchy fried counterpart.

I can't wait to start working on my own recipe for this at home. (Get ready, Adri: there's a lot of Khao Soi in your future).

As good as the Khao Soi is, you'd be remiss to skip the other dishes.

There's sai oua, a fresh Northern Thai sausage. They don't have the juiciness of the Isan sausages from the Northeast, but what they lack in moisture, they make up for in flavor, packed with grilled galangal, makrut lime, garlic, and chilies. Eat them along with a leaf of fresh hot basil.

Nam phrik, a class of condiments made by pounding together herbs, chilies, fermented and fermented seafood, is sort of like Thai salsa, a sauce used to flavor main dishes and bland sides. And like salsa, it comes in a bewilderingly wide range of flavors and textures that vary greatly from region to region. Northern Thailand's version, nam phrik noom, is one of the simplest, made with roasted green chiles, shallots, garlic, and salt, perhaps with a bit of cilantro or fish sauce stirred in if you want to get extra fancy.

The key to its flavor lies in proper roasting of the chilies, giving them a distinct smoky aroma that reminds me an awful lot driving through New Mexico during August, as fresh green chilies tumble around in propane-fired roadside roasting stands.

Nam phrik is typically served with raw vegetables like eggplant or cabbage, along with fried pork rinds. At Lamduon Fahrm, they add a handful of makrut lime leaves and chopped chilies to the fryer along with the pork rinds. Adri nearly took my head off when I unwittingly picked up the last fried lime leaf that she had been saving for herself and popped it in my mouth. Oops.

Som tom, a salad made by pounding shredded green unripe papaya together with chilies, dried shrimp, limes, garlic, tomatoes, long beans, carrots, peanuts, fish sauce, and sugar, is actually a Lao-influenced dish that comes from Northeastern region of Isan, but it's so damn good you'll find it everywhere.

Here is where that hot/sour/salty/sweet thing really comes into play. The best som tom is an extreme mish-mash of flavors, each one overwhelmingly powerful on its own, but somehow balanced when taken together as a whole.

It also happens to be one of the most consistently spicy dishes you'll find in a country that's packed with spicy food. One bite of the real stuff from even the most inexpensive road-side som tom will ruin you for the bland versions that get passed off at take out places back in the States. It's the kind of food that's so spicy that you have to keep shoveling it in your mouth to distract yourself from the heat that's building up, only to regret it (ever so slightly) when it's all gone too fast.

With its plastic tablecloths, mosquito-guarded condiment trays, and the occasional lizard crawling along your seat, Lamduon Fahrm ain't the restaurant to go to if creature comforts are your jam. Then again, if you can't be relaxed and groovy while simultaneously experience a lot of stifling heat and and bit of grime all served with a smile, then Chiang Mai probably isn't for you either. 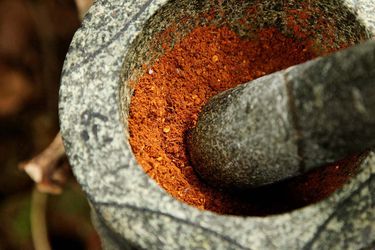 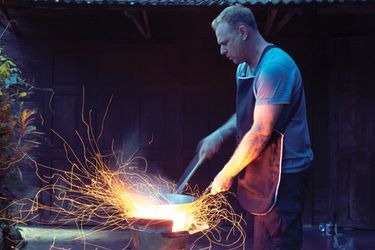 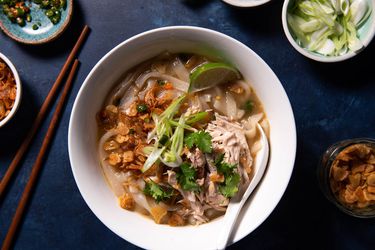 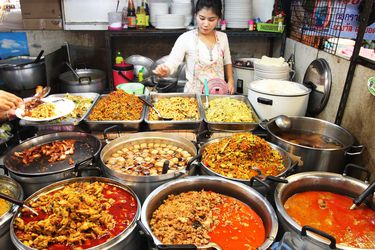 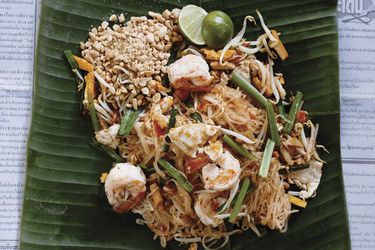 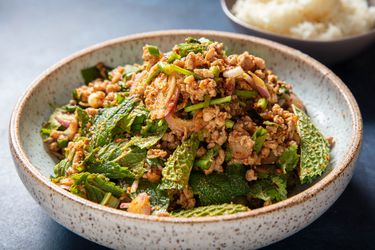