Everyone knows what to do with green beer: you drink it and carry on with your St. Patrick's Day shenanigans. But many people are at a loss when it comes to Irish whiskey—not that there's anything wrong with a shot, but there are lots of deliciously different ways to sip it. If you're looking for inspiration, you've come to the right place: here are seven of our favorite Irish whiskey cocktails to mix at home this St. Patrick's Day.

The Derby cocktail, made with a generous portion of tart lime juice alongside sweet vermouth and orange curaçao, dates back to 1947. It's traditionally prepared with bourbon as the base, but the formula seemed ready for the substitution of a spicy, slightly sweet, slightly citrusy Irish whiskey. (Perfecting the formula took a little tinkering: Irish whiskey is more delicate than bourbons, so the drink needs a little less lime.) The final result is multilayered and flavorful, with delicious hints of orange oil.

Get the Irish Derby recipe »

Essentially a Manhattan made with Irish whiskey, and with orange bitters in place of Angostura, the Emerald is the kind of drink that doesn't need a dose of green dye to be shamrock appropriate.

Get the Emerald recipe »

This chilled-down spin on Irish coffee is one of our all-time favorite drinks. Sure, there are a few steps to making it, but the results are so fantastic that it's worth a little light effort. It's made with Irish whiskey plus a rich demerara-sugar-sweetened coffee syrup and rye that's been infused with ground chicory. A touch of citrus brightens the mix.

Get the Buena Vista Fizz recipe »

Here's a no-fuss drink that's easy to guzzle: The Copywriter is a tall, cool whiskey lemonade, enriched with honey and a little sweet vermouth. A little seltzer makes it fizzy, and a lemon twist boosts the lemony scent.

Get the Copywriter recipe »

Looking for a classy drink for an Irish-themed dinner at home? This cocktail recipe dates back to at least 1927, mixing up Irish whiskey with maraschino, orange curaçao, and a touch of absinthe, plus a little Angostura thrown in for good measure. It's garnished with a twist as well as an olive. The odd combination ends up quite tasty, tinged with citrus and malt, followed by a wave of anise and wormwood from the absinthe. The cocktail ends sweet and herbal with a touch of smoke and salt. It's a great pre-dinner drink, especially if you're serving salty snacks.

Get the Irish Cocktail recipe »

How to boost complexity in a simple Irish whiskey drink? Sweeten with rich demerara sugar and add an amaro-like Averna, which packs a ton of caramelly flavor spiced with roots, herbs, and citrus rinds. A little lemon lifts it up.

Get the Bitter Irishman recipe »

Not sure what to do with Pimm's when it's not quite drinking-Pimm's-Cups-on-the-lawn season? Here's your answer: Mix it with two whiskeys (a bit of lighter Irish whiskey and a little moody Scotch), plus fresh lime and a little agave nectar for a whiskey sour that's not much like the ones your grandparents drank. 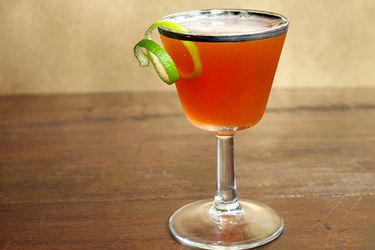 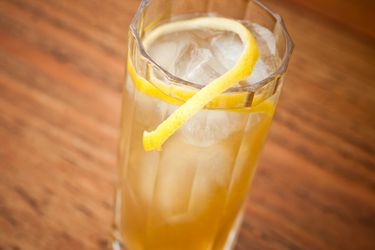 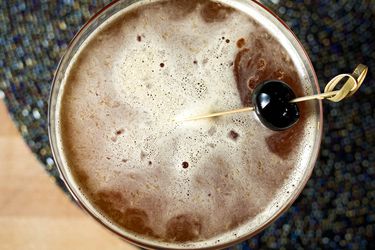 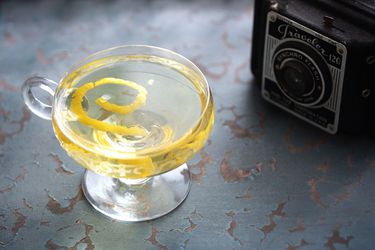 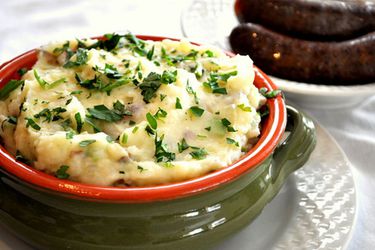