Matt Gross
Matt Gross
Matt Gross is the former editor of BonAppetit.com, Boston.com, and Realtor.com, and was the New York Times’ “Frugal Traveler” columnist from 2006 to 2010. He is the author of a travelogue, The Turk Who Loved Apples (2013).
Learn about Serious Eats' Editorial Process

Over the past decade, I've watched with joy as America has finally figured out what I (and the rest of the world) have known all along: Spicy food rules. New hot sauces are debuting almost weekly; Mexican, Thai, and Korean cuisines are as mainstream as the hamburger. I love it. As a certified chilihead—I've been writing about them for more than a decade, and am a regular judge of hot sauce competitions—I am always craving a new capsaicin-induced high, whether it comes in a bottle or is braised with my brisket.

But a funny thing has happened as this country's obsession with heat has grown: So, too, has its craving for novel methods of delivery. Sorry, chipotles—you just don't cut it anymore. We want new levels of heat, sure, but a high Scoville rating—the scale by which peppers are measured, with jalapeños at 2,500 Scoville units and habaneros around 150,000—is no longer the be-all, end-all. That world record–setting Carolina Reaper? I ate three once. That was a bad idea. I'd much rather have flavor, color, and flexibility—in other words, chilies for all occasions.

Thing is, these days there are more chilies available than any reasonable human can keep track of, from heritage breeds only now being grown commercially to new strains that are the result of meticulous hybridization. But in the past year or two, I've noticed certain chilies coming to the fore, in my own cooking and others', so I put together this list of chilies that are worth seeking out. It's based on my own predilections and those of a few farmers, other hot sauce fiends, and chefs, and it includes chilies ranging from the not-very-hot to the frankly painful. (Sometimes I like them that way.)

"I am not sure I will ever find a pepper with a brighter flavor profile than the lemon drop," says Kira Kinney, whose Evolutionary Organics grows tons of chilies (105 in all) for New York City farmers markets. "[There's] plenty enough heat for most people—and such a clear fruity flavor." Like Kinney, I, too, love the lemon drop's up-front citrusy sparkle, especially when I blend it into a hot sauce with charred serranos, grapefruit juice, and rice vinegar, creating a perfect spicy companion for carnitas. Almost everyone I spoke with for this story recommended them, in fact, including Zakary Pelaccio, the chef at Fish & Game in Hudson, New York, who turns lemon drops into yellow Sriracha or roasts them (to temper the sting) and integrates them into piperade, the Basque dish of onions, green peppers, and tomatoes.

If the lemon drop is a Vespa, the fatalii is a Harley: bigger, gnarlier, spicier—a power chord of a pepper. And yet the fatalii has a sensitive side, too. The flesh is delicately thin, with a pleasant citrus flavor that makes it lovely in ceviche and even better paired with fruit, as in a mango salsa. If you get your hands on dried fataliis, grind them up with salt and sprinkle that directly on pineapple chunks. But take care: Though the pepper's name likely reflects its central African origins, the word "fatal" seems to be in there for a reason—these are twice as hot as habaneros.

When the ghost pepper burst onto the scene around 2007, it changed the game with a record-setting Scoville rating of just over 1 million, meaning it's about 400 times hotter than a jalapeño. All of a sudden, new, unprecedented levels of heat were a reality. Today, though, the ghost pepper (a.k.a. naga jolokia or bhut jolokia) is no longer the hottest chili in town. Still, this red, wrinkly, pointy pepper has charms other than its blistering heat. "Straight up, the pepper has a very fruity flavor that comes off pretty quickly," says Vic Clinco, whose collection of 6,000+ hot sauces is likely the largest in the world. The heat, Clinco says, takes time to build up, then hits you in the back of the throat: "The delayed heat build is great because it allows you to taste the sauce or food it's in or on, and then heat comes on later." But you'll want to use it sparingly—i.e., one or two at most—in hot sauces or stews, to amp up the spice.

The red Fresno is a true pepper of substance—meaty and juicy, with a flavor almost like that of a red bell pepper and a pinprick kick that's hotter than a jalapeño. Fresnos are one of my personal favorites, but, frustratingly, they can sometimes be hard to find. During last year's chili pepper season, which runs from around midsummer through October here in the Northeast, I don't remember seeing them anywhere. So, when I spotted them at my local Whole Foods a couple of weeks ago, I seized the moment: I bought three pounds, simmered them in apple cider vinegar with carrots, and blended them into a smooth and sweet hot sauce. If I find more this summer, you can bet I'll be scattering thinly sliced rounds over my salads, grilling them whole alongside chicken wings, and taking any opportunity I can to consume them en masse.

The Caribbean is famous for its seriously hot Scotch Bonnets, but cooks there also deploy low-heat peppers simply for their flavor. They're called seasoning peppers, and Kira Kinney at Evolutionary Organics is excited to be growing several varieties, including the Trinidad perfume, Trinidad pimento (which has the full floral flavor of a habanero, but almost no heat), and the Grenada seasoning. "I think these are going to be great additions for people just learning to make hot sauce, and who aren't really sure of what heat level they are comfortable going with," she says. "They can get bold flavor by using plenty of these and then adding small amounts of the habaneros, Thai chilies, or whatever, to work in the heat." She also says the seasoning peppers can be flash-fried, "like those ridiculously popular shishitos, but [they] give so much more flavor."

The great ground dried chilies of Turkey aren't as commonly found in the US as Aleppo pepper (which is mostly grown in Turkey these days, thanks to the Syrian war), but they deserve a prominent place in your pantry. Isot is wonderful: sweet, smoky, and chewy, almost like dried cherries—that is, if dried cherries could slowly set your throat on fire. Maraş pepper, meanwhile, is lighter, more fully dried, and more floral. I like to use both of them (which I procure at the New York spice market Kalustyan's) as a garnish, sprinkled over salads or grilled chicken, or mixed into yogurt or good olive oil for a spicy dip. But you can also cook them (as I frequently do) into braised dishes for a long-lasting, complex spiciness.

A staple of the Sichuan kitchen, facing heaven peppers grow straight up on the bush (hence their name), but are most often used in dried form. Chef Dale Talde, owner of Talde restaurant in Brooklyn, likes to use them in stir-fries, tossing them into a wok early to impart their muted, smoky flavor and slow-burning medium heat to the oil so that it permeates the dish. "I'm most often using them in the background; they're not the main event," he says. "I think that sometimes people get lost in that, and they think chilies are gonna be hot. It's not the leader, but if it's not there, it's totally missed." To me, chilies can be like the bass line in, say, the Clash's "Guns of Brixton"—or, as Talde puts it, "it's leading everything as a support player." A word of advice on using facing heaven peppers: Watch them carefully, as they can quickly blacken and burn in the oil.

Skinny, green, fresh-tasting, and crunchy, Korean long peppers have "a real up-front heat," says Talde. "It's not creeping up on you—it's immediate, and then it phases out." Talde uses them in a fermented hot sauce, but notes that they're really meant, unlike the facing heavens, "to be eaten." So, chop them into salads, stir-fry them with pork, or just crunch them alone to enjoy the sweet, short burn as a complement to whatever else you're eating.

"Dude! What the F are you waiting for?" is how the collector Vic Clinco replied when I said I'd never tried the manzano, which looks, appropriately, like a miniature apple. "It's a cool, thick-walled pepper that is great roasted or stuffed. Not a superhot, but it's got a pretty nice heat, between a serrano and a habanero." Sold! Plus, the deep black seeds give the orangey pepper an aura of mystery.

I'd never heard of this pepper until Noah Chaimberg, who owns the Heatonist hot sauce store in Brooklyn, recommended it for its "subtle sweet and fruity flavor (that tastes more than a bit like bubblegum) with a touch of floral brightness and no shortage of heat." And so now I'm desperate to try it, even though it's a hybrid of the crazy-hot yellow 7 pot and the Trinidad Moruga scorpion, which means it'll burn my face off. Chaimberg likes it in dips and even cocktails, like a grapefruit margarita.

With all these other peppers around, the humble jalapeño doesn't get much notice or respect these days. But it's the flexible workhorse of the chili pepper world, welcome in sauces and salads, grillable, smokable, pickle-able, stuff-able, bake-able, fry-able, and, occasionally, spicier than you'd expect. (Every once in a while, I crunch one in my pho and have my eyes opened by the burn.) It may not be trendy, it may not be sexy, but if you're going to know your chilies, it's the one to start with and the one to return to, again and again—the alpha and omega of heat. 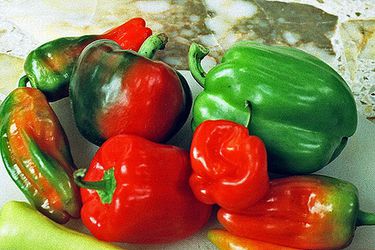 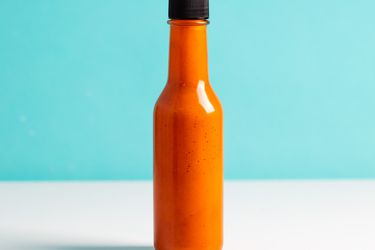 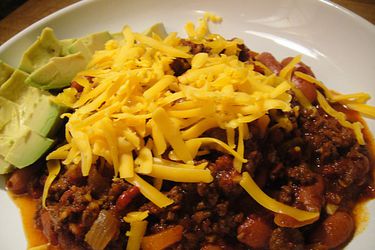