The best Dutch-style cocoa powders are versatile, alkaline and dark.

Those who've sampled their way through the chocolate desserts here on Serious Eats or in my cookbook may have noticed a trend—my recipes almost universally call for Dutch-process cocoa powder.

To fully appreciate the why, it's important to understand what cocoa powder is: the mass of dry matter left behind after the oily cocoa butter is extracted from cocoa beans that have been fermented and roasted for maximum flavor. This powder is naturally acidic. Natural cocoa powder is sold as is, while Dutched cocoas include an additional step to neutralize that acidity (a process developed by a Dutch chemist, hence the name).

Cocoas within each style can vary wildly in flavor depending on the type of cocoa bean used, where it was grown, its quality, how long it was fermented, how darkly it was roasted, and how much of its fat was removed (and, in Dutch styles, the specific degree of alkalization). That means that the flavor, color, fat content, and pH of any cocoa powder will vary from brand to brand and style to style.

Broadly speaking, the natural cocoas sold in American supermarkets tend to come from mediocre cocoa beans that have had almost all of their cocoa butter removed, resulting in a light-red powder that's starchy and low in fat—about as rich and luxurious as a handful of chalk. The acidity often has a tinny quality, rather than one that's zippy and bright.

But because Dutch-style cocoa is perceived as a specialty product that can be sold at a higher price, most Dutch-cocoa brands contain nearly twice the fat of natural styles, and often come from better-quality beans. The result is a slightly alkaline cocoa powder that's higher in fat, lower in starch, and more aromatic all around, with a mahogany color and a flavor profile that emphasizes cocoa's darker, nuttier, earthier tones.

In the past, calling for Dutch cocoa was my way of nudging bakers toward higher-quality ingredients, ensuring that brownies and cakes bake up moist and rich, loaded with cocoa butter and a deep chocolate flavor. But that's not to say all Dutch cocoas are equally rich and delicious, or that all natural styles are low-fat and bland.

Search around online, and you'll find plenty of natural cocoas that retain a higher proportion of cocoa butter and come from top-quality beans with a beautifully bright acidity. I included some of them in an overview of my favorite natural cocoas.

Likewise, there are crappy Dutch cocoas out there, made from low-quality beans that have been squeezed dry to remove every last drop of cocoa butter, then alkalized to the point of tasting more like ash than chocolate. Others still may be only half alkalized, which can throw off the chemistry of a recipe that was developed for a true Dutch cocoa.

So here's a collection of Dutch cocoas that I can personally vouch for, all of them road-tested in my homemade brownie mix to show off their differences in flavor, color, and richness. Note that you can often save money by buying in bulk—like any cocoa, Dutch styles are shelf-stable and can generally be kept for years, as long as they're protected from sunlight in an airtight container at cool room temperature. When in doubt, consult the expiration date from the manufacturer; it will generally be a year or two from the date of purchase. 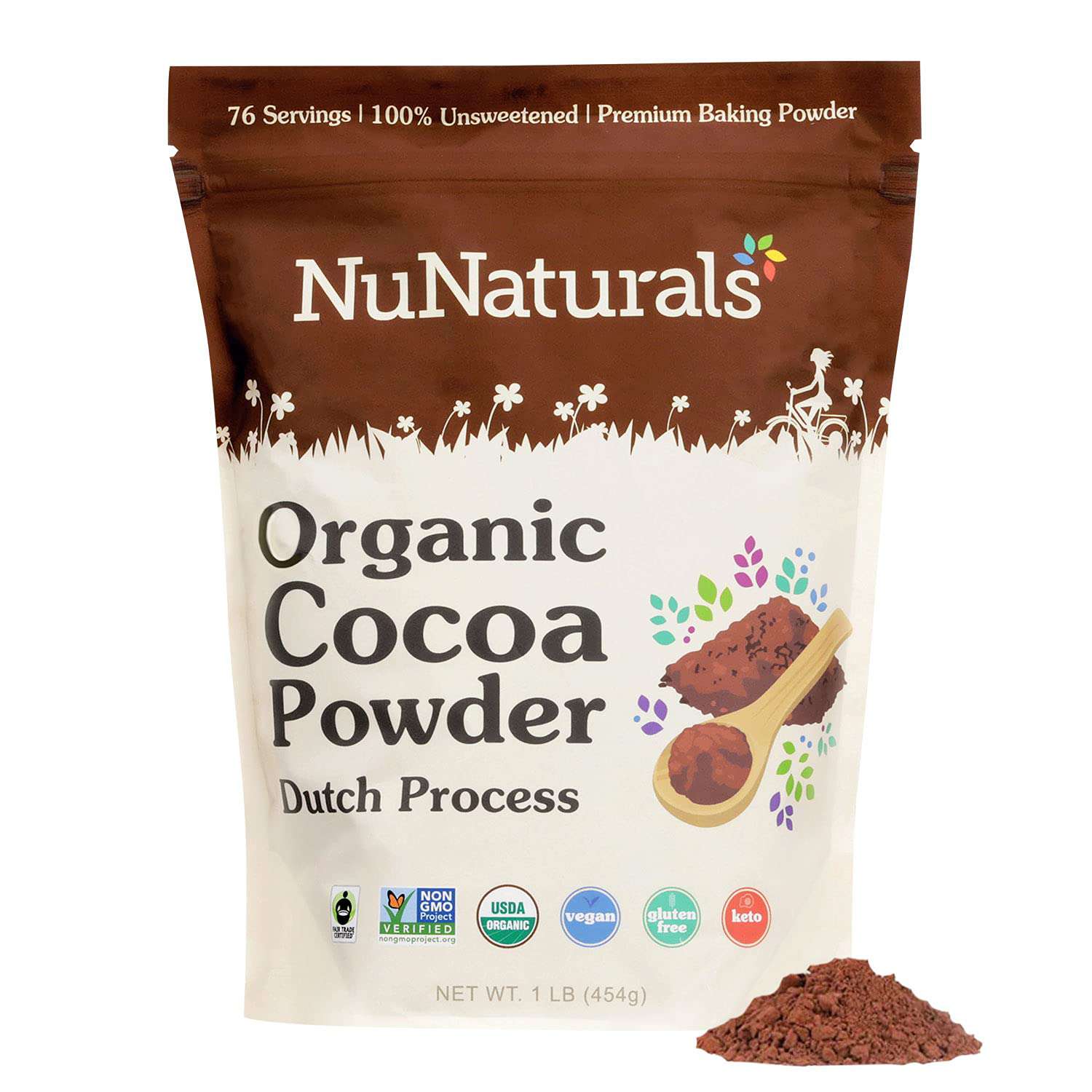 This fair-trade Dutch cocoa at Amazon falls into the range of 22 to 24% cocoa butter, which is more than twice the fat of most supermarket offerings. While it has a deep chocolate flavor, it isn't as earthy as other brands, allowing some of the cocoa's fruitiness to pull through.

In brownies, it baked up unexpectedly dark, given its comparatively light color. The taste-testers at Serious Eats found these brownies to be the chewiest of the lot, perhaps owing to the cocoa's particular balance of fat, starch, and pH. At 87 cents per ounce, it's a great value for any baker looking for a multipurpose Dutch cocoa that won't break the bank. 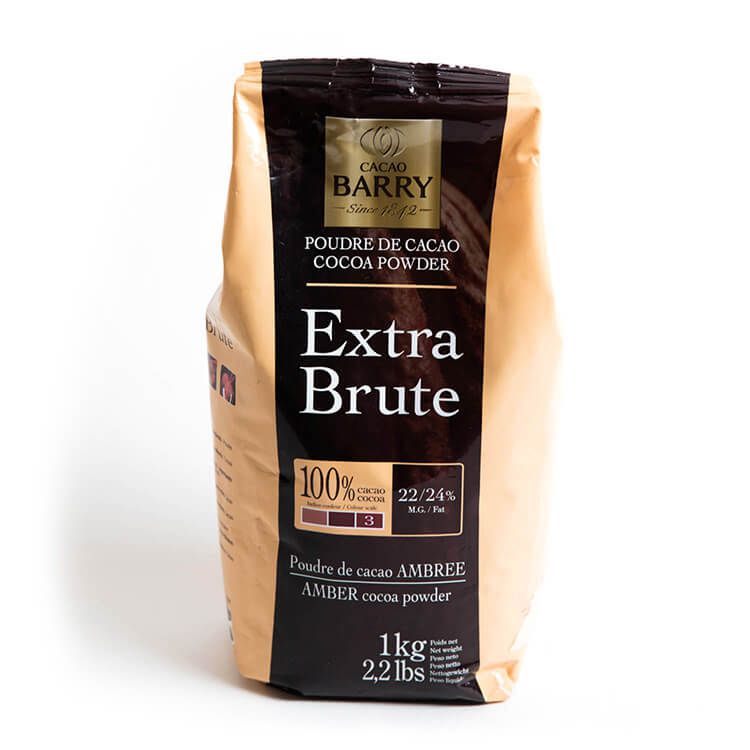 Another Dutch cocoa in the 22-to-24% range, Cacao Barry Extra Brute is rich and aromatic. The company sources its beans from countries in West Africa and uses a fermentation and drying process that adds to the complexity of flavor.

This brand has been my personal go-to for years; its deep color and richness lend a dark chocolate punch to any recipe. It's sold in larger packages than many other brands, exemplifying the value of bulk purchasing at just 56 cents an ounce. 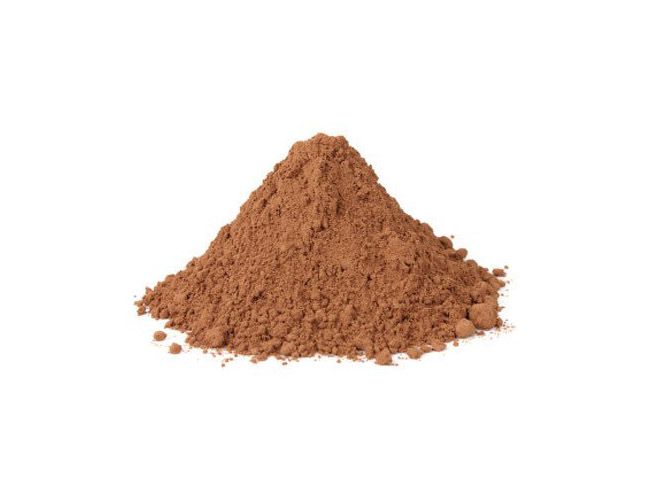 Made with a blend of beans from West Africa, as well as from Central and South America, Callebaut's CP777 at Amazon has a well-rounded chocolate flavor that's classic but complex.

At nearly $1.20 an ounce, it's on the pricier end, so consider it something of a special-occasion splurge. While its fat content likewise falls between 22 and 24%, it made brownies that seemed particularly gooey and rich, so we suspect it's on the higher end of that spectrum. 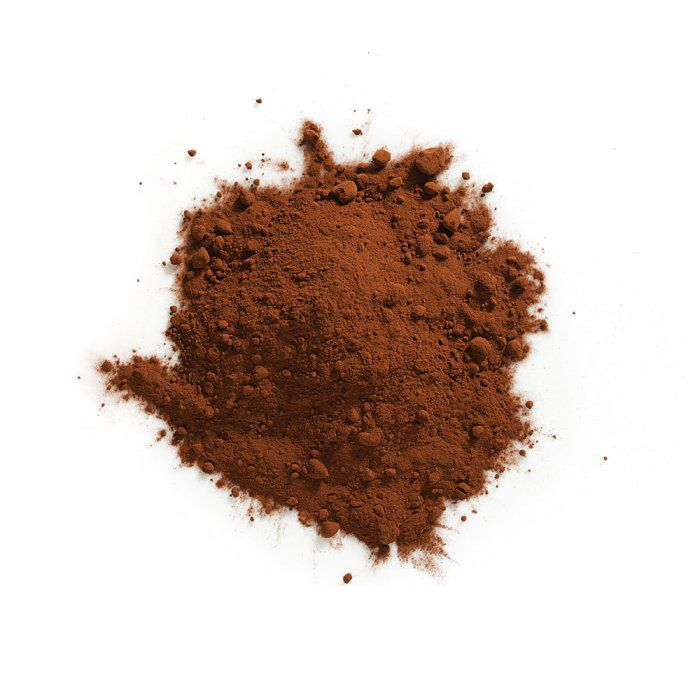 Bensdorp (which is now under the King Arthur umbrella) is a Dutch chocolate company with a 175-year-old tradition to its name. Its "Royal Dutch" style of cocoa uses West Africa–sourced beans that are more darkly alkalized than many other styles, giving it a gorgeously dark color and earthy flavor.

This cocoa also has an especially fine grind, which lends a glossy sheen in brownies and good solubility in applications like hot cocoa. 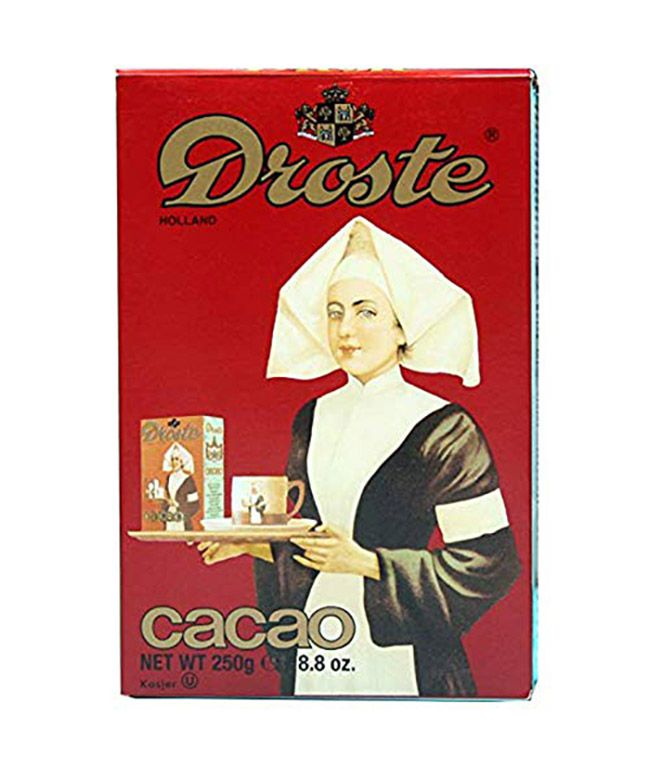 At 20% fat, Droste at Amazon is a little leaner than some of the other Dutch cocoa powders here, but it was a sleeper hit in our blind tasting. Though it's not fancy, there's nothing to complain about in its earthy chocolate flavor. Because it's relatively easy to find in supermarkets and semi-fancy groceries alike, Droste is one of my preferred choices when I'm between shipments on brands that require a special order online, so I was pleased to see it perform so well with our tasters.

Convenience factor aside, buying in bulk online can help drive down the cost per ounce when compared with the retail markup you get in stores. 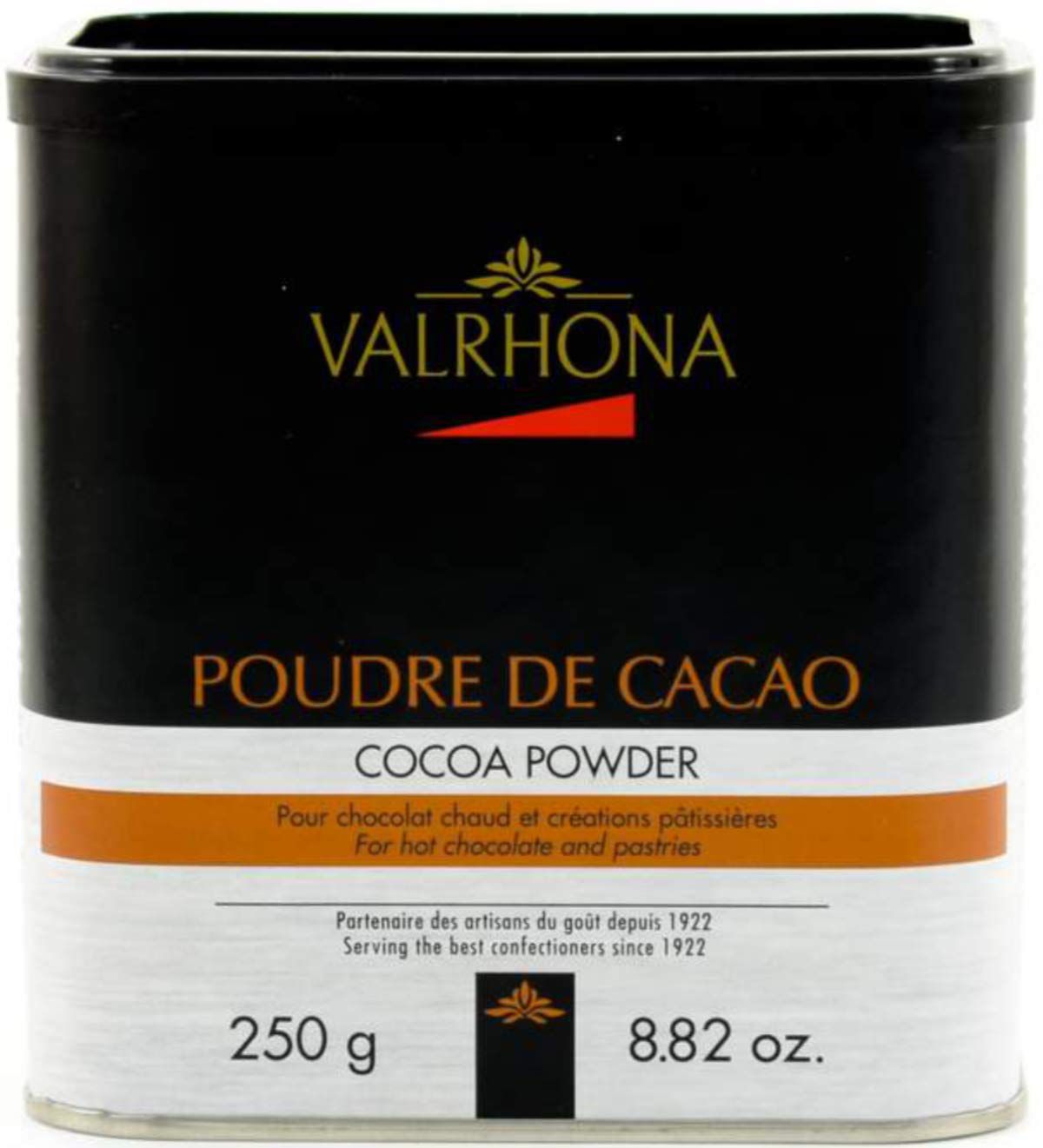 While you won't see the word "Dutch" on the packaging of this French cocoa, nor any mention of alkalization, we've been assured by representatives from Valrhona that its cocoa is indeed alkalized. It's a cocoa powder favored by professionals, with a bold flavor owing to the company's high standards in sourcing and manufacture—and it's got a price tag to match.

When bought in half-pound containers, Valrhona is nearly $2 an ounce. If you're serious about your cocoa powder, my recommendation is to spend more up front to buy in bulk at Amazon and either split the order with a few baking buddies or sit back and know you’ll be well stocked for years. This will drive the cost down to just 65 cents an ounce, a tremendous value for such a high-end cocoa. It made a rich, dark, and glossy brownie that was Vicky's top pick.

Ultimately, deciding on the "best" cocoa is a rather personal endeavor, but trying different styles and brands is the best way to better understand your own preferences and baking style. If nothing else, these cocoas offer a chance to explore your favorite recipes in a new light, to see how one ingredient can impact the flavor overall. 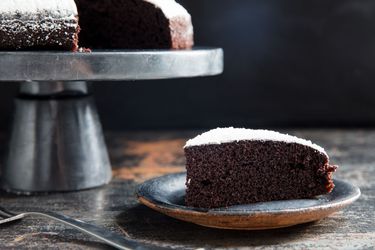