We've already seen how many of the best cocktails in Manhattan these days come from restaurants—just as often as they do from bars. And in Brooklyn? That's the case, too.

It makes sense. Many of the trends we seen in restaurants—a seasonal, farm-to-table philosophy, a zeal for all things DIY—apply in the cocktail world as well. Great cocktails these days use seasonal fruit, if it's fruit they're using, not out-of-season strawberries or stale old purees. Great cocktails these days often use housemade bitters, shrubs, and syrups; you'll see as many housemade-s on a drink menu as on the dinner menu.

Brooklyn is known as an epicenter of this style of eating, so it's little surprise that the area's cocktails follow suit. With so many spirits actually made in Brooklyn these days, there's a sense of home-borough pride you'll find on many lists, too. And since many restaurants in Brooklyn are a touch more casual than their Manhattan counterparts, the crowds generally younger, they're perfectly accustomed to folks settling in at the bar, not necessarily for a full meal.

One bonus of Brooklyn drinking? It's almost always cheaper; while cocktails have sadly crawled north of $15 at some high-end Manhattan bars and restaurants, that's virtually never the case across the river.

Here are 9 Brooklyn restaurants with superior cocktails—go for a drink, or go for a meal, or the best option: both.

It's "a restaurant that's friendly to drinkers," we noted in our 2012 review of Allswell, a lively, friendly gastropub in Williamsburg. Its cocktails ($11-12) are equal parts polished and accessible—get the Tomboy (Old Tom gin, Amaro Ciociaro, cucumber, ginger, soda) for a refreshing drink, the Merry Well (rye, Averna, Dolin Dry, allspice dram) for something stiffer and autumn-ready.

One of the best places for a drink in New York, bar or restaurant, Manhattan or Brooklyn. The New Orleans-inspired, beautifully styled Maison Premiere got its start as an oyster bar, more recently evolving into a full-fledged seafood restaurant. What hasn't changed is the caliber of Maxwell Britten's cocktails ($10-14). They're tailor-made to the setting—expect juleps and Champagne cocktails and a beautifully upgraded Hurricane; for a still more spirituous evening, dip into their absinthe list, the city's most extensive.

We're always impressed by cocktail lists that manage to be innovative without pushing too far, introducing flavor combinations or ingredients that seem strange before you taste them, and inspired once you do. That's how we feel about the list at Atrium Dumbo, where pumpernickel-infused cognac joins marmalade in the Toast & Marmalade, and Raspberry & Balsamic unites fruit, vinegar, and Dogfish Head IPA (all drinks $13).

It may at first just look like a margarita menu. But keep reading the list at Gran Electrica and you'll find plenty to get excited about. The Margarita 20/20 ($12) makes use of carrot juice and ginger-spiked agave; the Vida de Mole ($12) is a brilliant Negroni variant, with a base of Fidencio Clasico mezcal, Punt e Mes joining Campari, and Bittermens Xocolatl Mole Bitters adding an intriguing layer of spice.

We're fans of Gwynnett St. for the kitchen's creativity and skill; the same could be said of their bar. There's a drink for everyone (all $12) on their house cocktail list. Summery? The Perky Peach, with rum, peaches, Yellow Chartreuse, and prosecco to, yes, perk it up. Autumnal? The Apples Anonymous, with Laird's apple brandy, Cardamaro, lemon, and Doc's Cider as a float. Bold and boozy? Cross the Line, made with aquavit, Suze, and sherry. Entry-level? Metro Breeze, with Aperol, ginger, and lime greatly improving a vodka-cranberry base.

Fatty Cue's cocktail menu takes clear hints from the Southeast Asian barbecue restaurant's style: which is to say, there's a lot of smoke, a bit of heat, and plenty that's light and lively enough to accompany a pork rib binge (drinks $11-12). On the refreshing side, go for the Rooney (gin, yellow Chartreuse, Kaffir lime) or the Sour Patch Rye (a sour with Aperol and Pamplemousse grapefruit liqueur). For a bit of heat? The Nacho Libre, with Thai chili-infused Pueblo Viejo blanco tequila, sherry, cucumber, and ginger.

A ceviche bar might not strike you as a logical destination for great cocktails, until you learn that it's owned by Ravi Derossi—of Death & Co., Amor y Amargo, and about half the other great bars in the East Village. You've probably had a spicy margarita. But Desnuda Cevicheria employs heat in cocktails ($14) with more finesse than any bar I've ever been to, with a wide range of chiles and a wider range of effects. Try the Reformer (pictured), with aged Avuá Amburana Cachaça, fino sherry, Cherry Heering, and a syrup made from pasilla chiles as well as the fiendishly hot Scorpion Moruga; or the lighter, fruitier Happy Now, Pete?, with mango puree, Fidencio mezcals Clasico and Unico, maraschino, lemon, and the bright, citrusy aji limon chile. The un-spiced cocktails are worth an order, too, drawing from the wide world of Latin American spirits: tequila and mezcal, pisco and rum.

Aska was one of the past year's breakout hits, a high-end, modern Scandinavian restaurant within Kinfolk Studios in Williamsburg. But while dinner is available via tasting menu only, the bar is a much more casual place to pull up, drink, and dine a la carte should you so choose. A simple Tom Collins with a housemade spruce syrup contributed a vivid Christmas-tree flavor in a clean, balanced way; drinks get gutsier from there, including the Next of Kin with aquavit, caraway syrup, and housemade pu-erh black tea kombucha (all drinks $12).

In his long tenure at Prime Meats, Damon Boelte has taken its cocktail program through endless iterations. But he's always ensured it's as good a drinking destination as an eating one. This fall, choose from slightly tweaked classics, if you like: a rye Manhattan with housemade Buddha's Hand bitters ($11), a rye Old Fashioned with Bartlett pear bitters ($10). There's the Glasgow Mule ($14), a cutely named highball with a Scotch base; or the Party Boat ($13), tequila-lime-agave transformed with Licor 43 and Sixpoint Bengali Tiger IPA—perhaps the most highbrow beer-margarita in existence. (And there's always a $5 punch.) 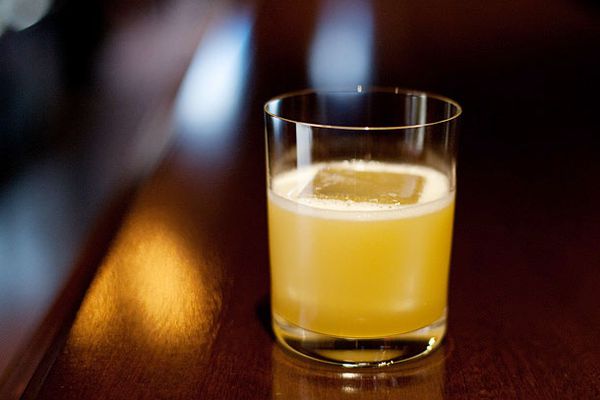 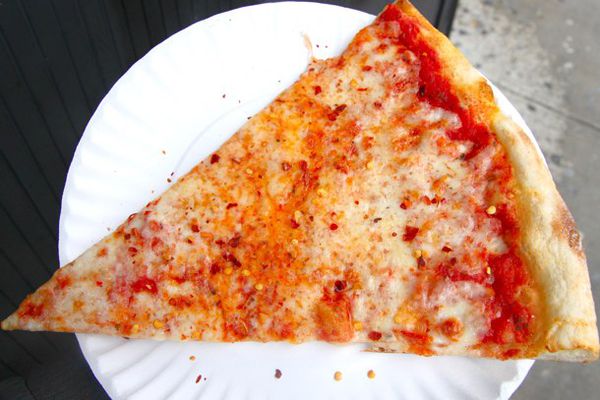