With Christmas and New Year's approaching, I know that many people take this time to restock their home bars for parties, for unexpected guests, or just to take the edge off after visiting relatives or attending holiday parties.

Splurging on expensive or hard-to-find bottles is always going to be a holiday thing, but even if you can find Pappy, you're probably not going to drink it every day. Likewise, that bottle of the 10th anniversary Peat Monster is also a special-night-at-home drink.

So you stock up on the tried-and-trues at the holidays because, well, they're the tried and true. Over the years, I've developed a list of go-to brands: fairly affordable bottles that don't disappoint and generally stay consistent from year to year. In most cases, these spirits all mix very well and taste great on their own, so they're not just good, they're versatile, too.

And I doubt David Chang will be touting any of these on Fallon, like he did with Pappy, so you probably don't have to worry about your local running out.

Wild Turkey 101: A high-rye bourbon, the bird is flavorful on its own, but it also mixes well into any drink that calls for bourbon. I love it in an Old Fashioned, a Manhattan, a Boulevardier, or a Julep. I've never tried it in a Sazerac, but I have a feeling I wouldn't mind it there, either.

Tanqueray or Beefeater: I go back and forth on this one. Both brands, to me, entirely embody what I want from gin: pine and citrus up front, with black pepper and a bouquet of spices in the back. I like Tanq just a very little bit better, but Beefeater's usually a little cheaper. When I want to spend an extra five-spot per bottle, I go Tanq, and I don't miss the fiver. But when I want to spend the five on something else, I'm always happy with Beefeater.

Banks 5 Island: Man, I love this stuff. If you're not familiar with it, it's a white rum, but with a funky taste you normally expect from a rhum agricole. Banks is actually a blend of four rums plus Batavia arrack, a pot-still distillate made of sugarcane. It's similar to rum but it's much funkier. It brings a unique character to Banks 5 Island that you can't find in other white rums. Banks is great in cocktails; it blends with other ingredients without losing its own character. Unlike most white rums, though, it's also wonderful sipped on ice or stirred into an old-fashioned.

Appleton Estate V/X or Mount Gay Eclipse. Two of the tastiest rums in the world, hands down, and yet they're both always affordable. Rum is a hard category to pin down. Unlike bourbon, scotch, or cognac, which are all tightly regulated, rum has fewer rules that define it. So you can taste everyday bottles from various producers, and they all taste different. I have a few stalwarts that I return to time and again, and these two top the list.

Both rums have older expressions that are more complex, and with richer, deeper flavors. The older bottlings are worth the extra money, to be certain. But if you want tasty and affordable dark rums that are both good sippers and good mixers, you won't go wrong staying with these old favorites.

Oooooooor maybe not. Rittenhouse was made at Brown-Forman until a few years ago, when production switched to the Bernheim distillery. (I won't bore you with the reasons; if you want them, here you go.) The Bernheim product is now finally being bottled and sold, and some folks say it's different. I haven't attempted to taste-test them against each other, and let's be frank here, I probably won't. I have a toddler and a newborn and not enough time in my day.

Unless I notice an obvious old-Coke/new-Coke thing going on, Rittenhouse will stay my go-to.

Famous Grouse: Yes, I know, Dewar's is much easier to find, and it's cheaper. It's also only about 68% as good as Grouse. I suspect, though I can't prove, that Grouse has a little more malt whisky in it than Dewar's and a little less grain whisky. (Wait, what? If this confuses you, here's a primer.) Also, right now, Dewar's happens to be the subject of a controversy, one that I find personally distasteful. Frankly, though, I've preferred Grouse over Dewar's for years, so this isn't just me being sensitive.

I'm a JWB man on this topic. Malty and smooth, with just enough smoke.

There are a number of pricey top-shelf sipping tequilas to impress a client with, but if you're looking for everyday tequila for both sipping and mixing into cocktails, I like Espolón Reposado, which sells for around 20 bucks. I'll be honest: I don't keep a lot of tequila around. But I know that every time I try Espolón, I like it.

Tequila, from what I understand, is facing a sustainability problem. The gist seems to be that agave plants need time and natural resources to grow, but the tequila category is growing so quickly that some producers are allegedly taking environmentally hazardous shortcuts.

I haven't even begun to research this topic enough to scratch the surface. I don't know whether Espolón is part of the problem or part of the solution, or whether the subject is too complex to speak of in terms of problems and solutions. If this is important to you, do your own research.

Pierre Ferrand Ambre: This cognac is surprisingly affordable given its quality. Other cognacs in Ferrand's price range are usually disappointing, but Ferrand never fails to taste complex, rich, and—dare I say?—Continental. Before our wedding, my then-wife-to-be went out for a bachelorette party. I stayed in, mixed various iterations on the Sidecar, and watched Casablanca a few times. Ferrand wasn't just my favorite cognac to sample on its own, it was by far my favorite in the Sidecar.

Sure, there are better cognacs than Ferrand. But not in Ferrand's price point. Remember, we're talking everyday drinking here, not impress-the-boss's-spouse drinking.

Sure, you could go cheaper, but I like Karlsson's. There's just enough going on, on the palate, for it to be good in a martini, but it's still light and delicate.

So, how do you stock your bar for the holidays? Any bottles you always keep on hand? 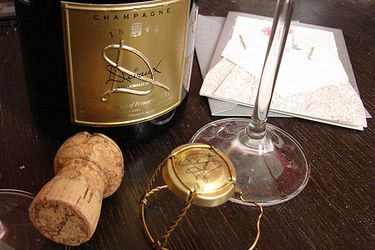 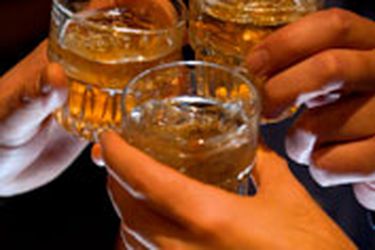