Absinthe is one of the world's most misunderstood spirits. Yes, it was the drink of choice for artists, bohemians, musicians, and writers throughout the 1800s in Europe, but contrary to its sinister reputation, absinthe won't make you hallucinate, murder your wife, or chop off your ear.

At its essence, absinthe is a relatively uncomplicated liquor—a high proof anise-flavored spirit that contains wormwood, originally developed for medicinal purposes in Switzerland and France in the late 1700s. Thanks to its insidious reputation for inciting violence and debauchery, absinthe was banned in both Europe and America in the early 1900s, pushing production underground and furthering the spirit's illicit notoriety.

When scientists discovered the "green fairy" doesn't actually make people turn against their fellow man (it was more likely the high proof of the spirit that caused a ruckus), the ban lifted in America in 2007, ushering in a new renaissance for production and consumption. Initially, people went crazy for it, but it turns out this wasn't just a fleeting fad. Just like in Europe where absinthe has been consumed for hundreds of years, there's now a steady stream of good absinthe emerging from producers in the U.S.

Today the category spans a wide range, with some bottlings pushing the definition of how an absinthe tastes. There's a brand for everyone from the rigid traditionalists who herald intensely licorice-flavored anise to people who prefer their absinthe a bit softer.

While we didn't taste through every absinthe available in the United States (that certainly would have made our heads spin), we tried 18 of kinds of absinthe to drill down to this list of 10 favorite brands.

For the sampling, each absinthe was evaluated with a dilution ratio of one part absinthe to two parts water, though you may prefer them mixed with anywhere from two to five parts of water. Traditionalists will argue that the sugar cube and fire preparation is an abomination, while others acknowledge that absinthe can be full of strong, polarizing flavors and warrants a bit of sweetening.

Regardless of how you drink it, here are some of the best absinthes out on the market today, from traditional-style bottlings from France to boundary-pushing expressions made in the States.

These absinthes hearken back to the old days of absinthe production, delivering dominant flavors of anise, wormwood, and fennel. They represent the most straightforward interpretation of the category.

In late 2013, Pernod Ricard announced a re-launch of its original Pernod Absinthe formula ($68 for 750 mL), re-created based on records from the 1800s. In the restored recipe, the neutral base shifted to a grape spirit to provide a fuller body and texture, they started sourcing wormwood from the fields of Pontarlier, France, and they shifted to coloring the spirit through the maceration of botanicals like stinging nettles instead of using dyes. The results, in our eyes, are a pleasant upgrade. The re-formulation tastes like a more upscale, refined version of what made the last iteration of Pernod a classic, with the same botanicals like melissa (an herb in the mint family also known as lemon balm), minty hyssop, and savory fennel. The anise is still present in about the same dose, but the taste doesn't have as much of a bitter metallic twang on the finish.

Produced in Woodinville, Washington just north of Seattle, Pacific Distillery's Pacifique Absinthe Verte Supérieure ($65 for 750mL) is made with a French recipe from 1855 as the framework. The most striking component of the neutral spirit-based absinthe is the fragrant aroma, which bursts with savory spices like cumin and oregano. Flavor-wise, it eases off the spice and evolves into a wet, floral wormwood character, likely thanks to the botanical portfolio that features two kinds of wormwood (grande and roman), coriander, angelica, green anise, and hyssop. It's a curious medium-bodied absinthe that tastes deep and complex with a unique mix of black tea, cumin, floral citrus, and minty eucalyptus flavors that somehow work in harmony.

Formerly known as Ridge Distillers, Vilya Spirits in Montana makes two absinthes—a blanche and a verte. We prefer the verte ($74.99 for 750 mL), inspired by a traditional French recipe. The absinthe uses a neutral spirit base for a clean canvas, which is then spiced up with roman wormwood and lemon balm. The robust botanical profile brings a big herbal personality to the table, but succeeds at evenly balancing floral flavors with subtle spicy ones.

Made in 2008 as a tribute to the history of absinthe in New Orleans, Philadelphia Distilling's Vieux Carré Absinthe Superiéure ($59 for 750 mL) is a friendly, minty spirit made from a neutral blend of corn, wheat and rye, and double macerated with two variations of the wormwood plant (grande and petite), both green and star anise, fennel, genepi, and spearmint. An aroma of bountiful herbs, pine needles and salty brine softens into a sweet, medium-bodied absinthe with a subdued anise profile. Hardly any bitterness appears, making it a great introduction to absinthe for people who are hesitant about pungent anise. It's one of the sweetest absinthes of the bunch, with a flavor profile that has some interesting earthy components.

Based on a 1935 recipe developed by Charlotte Vaucher (a famous absinthe moonshiner), distiller Claude-Alain Bugnon began making the blanche La Clandestine ($84.99 for 750 mL) in Couvet, Switzerland in 2000, while absinthe production was still illegal. When production was approved in 2005, a commercial version hit the market, and Clandestine eventually came to the states in 2008 with the help of the team behind Lucid. Made from a neutral grain spirit base and a peaceful collection of star anise, green anise, peppermint, licorice, and lemon balm, the blanche is soft and light-bodied, demure and floral. One of the most fresh-tasting of the group, soft woody pine and meadowsweet flavors brighten up with mint, creating an overall silky quality that lingers softly after the last sip.

Many American producers are expanding the definition of absinthe, bringing in unorthodox ingredients and production methods to differentiate themselves from the absinthes of old. Welcome to the new world of absinthe.

When the absinthe ban in America lifted, master distiller Lance Winters was already armed and ready with a formula he spent 12 years tinkering with behind the scenes. Like most products out of California's St. George Spirits, the Absinthe Verte ($60 for 750mL or $20 for 200 mL) doesn't exactly follow a traditional flavor profile. The base spirit is a brandy made from Chardonnay grapes, which gives a pungent dried peach aroma and slightly citrusy flavor that isn't present in the absinthes that employ a neutral grain or beet base. Mint, opal basil, tarragon, floral meadowsweet, and stinging nettles support the trinity of wormwood, fennel and star anise, resulting in a round, floral absinthe with oak and lemon flavors that ease into a silky anise character on the finish, lingering just long enough to savor the experience without being that pesky houseguest who outstays their welcome.

Leopold Brothers in Colorado imports a Chilean pisco to use as the base for their Absinthe Verte ($40 for 375 mL or $72 for 750 mL), which came out in 2008. Owner Todd Leopold says that the pisco adds a "wonderful floral flavor" that makes a great backdrop for the botanical profile, which includes green anise with a "unique apple note," hyssop, melissa, and lemon balm. The results are a muscular, big-bodied absinthe that unfolds with hefty doses of anise, blasts of fresh spearmint and some hints of white pepper.

Released in 2011, Tenneyson Absinthe Royal ($54.99 for 750mL) is distilled at the historic Distillerie Les Fils d'Emile Pernot just outside of Pontarlier, France. With recipe development from absinthe expert David Nathan-Maister (author of the absinthe encyclopedia) and a young entrepreneur from Austin, TX, the blanche is known as the gin-drinker's absinthe. It even shares some of the same botanicals as its spirited cousin; juniper and bitter orange pounce forward from the sugar beet base, which, much like gin, is spiced up with coriander and angelica.

The refreshing non-traditional absinthe doesn't feature prominent anise or wormwood, but still resembles absinthe at its core, representing a fun exploration of the boundaries of the style. It tastes refreshing with tonic water and an orange peel.

Some scholars say absinthe made with a wine or grape base will taste naturally superior to those made with neutral grains or beets, and while that might not be the case across the board anymore, Germain-Robin Absinthe Superieure from Greenway Distillers ($50 for 375 mL) makes a strong case for the argument.

The producers start by making a house wine from honey and apples from an old family recipe, which they then distill into the base for the blanche absinthe. Botanical-wise, they replaced many of the usual woody and earthy herbs with "sweet, friendly flavors" like lavender, lemon verbena, and lemon balm. The final results are outside the box in the best of ways; heavy pear brandy aromas introduce the flavor, which ends up tasting effortlessly light-bodied. An opening of subtle wood and tobacco shift into a breezy, bright smack of mint at mid-palate, then cools off into a clean, fresh finish.

Letherbee Distillers' Charred Oak Absinthe Brun ($40 for 375 mL) is more than just an absinthe of a different color. Owner Brenton Engel set out make something totally different than other absinthes on the market, so he made a recipe based on neutral grain spirits spiced with anise seed, hints of juniper and coriander (similar to the profile of their gin), then aged the batch in charred oak barrels for six months. The results are completely unique.

If un-aged absinthe makes for a great aperitif, Letherbee's Brun acts as a fantastic after-dinner drink. The aroma wafts with oak, orange, toffee and herbs, and the flavor features vanilla and oak from the aging process that mingle playfully with fennel and absinthe, creating an almost creamy, warming absinthe that feels perfect for chilly evenings.

Disclosure: All absinthes provided as samples for review consideration. 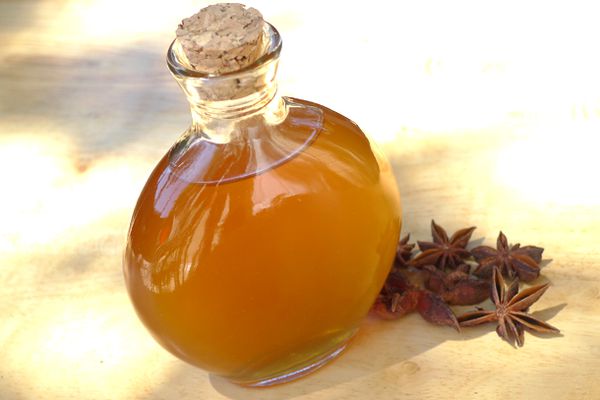 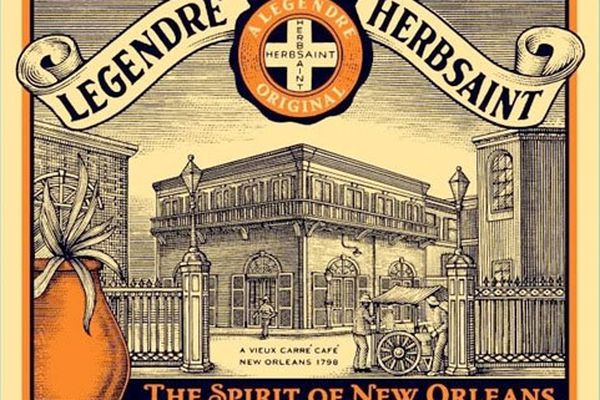 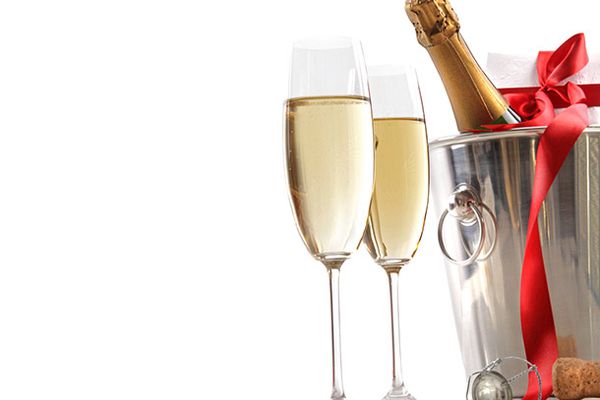 Serious Sparkling Wine to Give Your Dinner Party Host