Benjamin Kemper followed the siren song of Ibérico ham from Brooklyn to Madrid, where he writes about the places that make him hungriest. A Serious Eats contributor since 2016, he covers foodways in Spain, Europe, and the Caucasus region.

Benjamin's work has appeared in The Wall Street Journal, Smithsonian Magazine, Travel + Leisure, Condé Nast Traveler, Food & Wine, and Bon Appétit, among others. He is also a columnist and part-time editor with Saveur, a freelance recipe tester, and a tour guide and travel adviser specializing in Spanish and Caucasus travel. Prior to his career in journalism, he worked as a marketing executive at a culinary PR agency in New York City and as a waiter and sommelier in restaurants including Jamie Oliver's Fifteen in London and Gotham Bar & Grill in New York. He is from West Hartford, Connecticut. 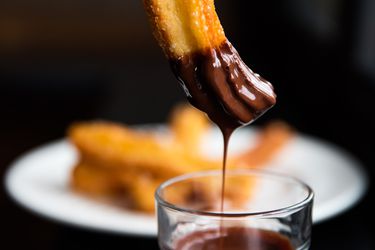