As I sipped a glass of Barolo Chinato (pronounced key-NOT-o) after dinner at the bar at Ava Gene's in Portland, Oregon, I wasn't thinking about the ancient Egyptians, who mixed their wines with healing herbs. Nor was I considering the Bronze Age Persians, who dosed wine with spices and occasionally poppies or marijuana. "For as long as human beings have been imbibing alcohol," writes Adam Ford, "they have been infusing their fermented beverages with various herbs, spices, barks, roots, petals, and other edible plant parts." But I was just focused on how wonderful the chinato tasted, its hints of orange peel and mint, robust red wine, and dusty cocoa.

I don't usually order after-dinner drinks. But at Ava Gene's, they hand you a whole list of chinati with the dessert menu, making it all but impossible to pass up. You aren't alone if you've never heard of Barolo Chinato; it's certainly not as ubiquitous as Italian vermouth or bittersweet liqueurs like Campari, Averna, or Fernet. In terms of flavor, chinato is somewhere between vermouth and amaro, but the best chinati are more delicious than either of those.

Even the fanciest vermouths are usually made with a basic, cheap white wine—often a Moscato that's "usually fairly neutral in taste," according to Augusto Cappellano, fifth-generation owner and winemaker of the Cappellano estate. (His great-great-uncle Giuseppe is said to have been the first to make an aromatized Barolo, in the 1890s.) Barolo Chinato doesn't screw around: Its base is certified DOCG Barolo wine—that is, 100% Nebbiolo from the Barolo region in Piedmont. "Moscato is a beautiful grape and makes sense for vermouth," notes Ava Gene's bar manager, Douglas Derrick, "but Barolo is a whole other level of quality and depth." The use of barrel-aged, high-quality red wine means Barolo Chinato is strikingly complex and rich.

To make chinato, producers macerate a blend of herbs, spices, and bittering agents in grain alcohol or grappa; this infusion, which sometimes includes juniper, coriander, citrus rind, clove, ginger, vanilla, bay leaf, and cardamom, is added to the wine until the mixture reaches about 16 to 18% ABV. "Sugar is also added; without it, it would be impossible to drink, it's so bitter," says Cappellano. The drink's bitterness comes primarily from what Italians call china (pronounced KEY-nah)—also known as cinchona, the bark that produces quinine. Sometimes there's wormwood and gentian root, too.

As Ceri Smith of San Francisco's Biondivino Wine Boutique describes it, Barolo Chinato is "like a smooth, dark, but balanced earthy wine. Dense, without being heavy; strong, without being sharp. It has beautiful Chinese herbal medicinal notes of spices running through....Depending on the producer, different herbs jump out at different times. It starts off with bitter orange notes, then subtle cinnamon spice."

I had my first Barolo Chinato in Piedmont, where I was vacationing with my husband a few years back and drinking my fill of Nebbiolo. The chinato, a gift from the chef at a little trattoria, was served in a small tulip-shaped glass alongside penny-sized buttery cookies. It was captivating stuff: spicy and sweet and bitter and juicy all at once. From then on, we'd order chinato every night in order to settle our stomachs in the most delicious way possible after another salumi- and pasta-filled feast.

Since that trip, I've tried to incorporate chinato into my after-dinner rituals as much as I can. I like it a little cooler than room temperature, either as a stand-in for dessert or alongside a scoop of ice cream, little chocolate cookies, or cocoa-dusted almonds. Like vermouth, this stuff can oxidize and doesn't stay good forever. I store chinato in the fridge and try to use it within a month.

Chinato's also great in cocktails: It adds a wonderful complexity when paired with (or used instead of) sweet vermouth. At Ava Gene's, they make a bright and boozy bonded apple brandy cocktail with chinato, lemon, Demerara sugar, and orange bitters, as well as a great stirred number with rye, chinato, and Carpano Antica (rimmed with dehydrated Campari and orange dust). Skip the fancy rim, and they're easy to whip up at home.

But my favorite bottles of chinato feel almost too precious to mix. A sip of G.D. Vajra's version takes you on a journey through a spice route, its potent punch of rosewater, sandalwood, and incense floating on a base of cola and sweet ripe cherries. It's concentrated, spicy, and just barely bitter, an after-dinner drink that works well with simple pastries or even vanilla ice cream.

Mauro Vergano, a former chemist, makes a chinato out of Nebbiolo grown by a small, high-quality producer in Barbaresco. So it's not technically Barolo Chinato, but it is definitely tasty. If you like your wine on the savory side—if you're into, say, Syrah from the Northern Rhône—this stuff is for you. It tastes a bit like mixed-berry jam dosed with coriander seed: a complex, unusual combination. There's fennel there, too, and bitter citrus; each sip winds up soft and gentle.

If you're only going to try one, though, I'd recommend seeking out the original. Cappellano Barolo Chinato starts with bright, full fruit; then a bitterness immediately licks the juicy wine away and lingers like tonic water in your mouth. There's a pop of cloves, a musky floral sweetness, minty herbs, Red Hot candies, and milk chocolate, all wrapped in a distinct, bitter orange marmalade flavor. Each time I sip it, I pause for a moment, trying in vain to discern each and every herb and spice that dances over my tongue. And then I take another sip, and just feel glad someone thought to bring them all together.

Note: Thanks to Sarah H. Bray for translation of Augusto Cappellano's emails from Italian to English. G.D. Vajra sample provided for review consideration. 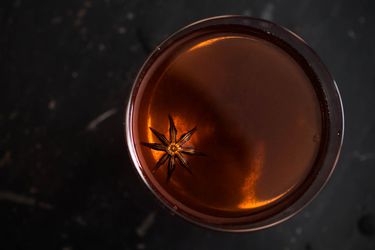 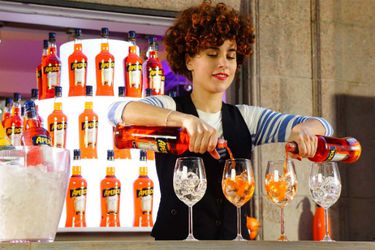 How to Stop Worrying and Learn to Love Bitter Drinks