Ham is a funny thing in my life. It was the food that I missed most when my parents decided to keep a kosher household when I was 5. After leaving home and its kosher ways behind, I have had no qualms with cooking massive amounts pork, but a whole ham has never graced my kitchen; I suspect there's a place in my subconscious that has kept this super-trafe on the outskirts.

I don't know what triggered the change, probably just getting into the holiday spirit, but last weekend I had a hankering for some ham, went to the grocery store and picked out a bone-in beauty. Even though it was precooked, I heated it up in my smoker, using a mix of oak and cherry wood, for five hours, slathering on a mustard-whiskey glaze in the last hour. Each piece of this ham was pure sweetness, with an added hint of smoke in the glazed ends, which took me back to a more pure time when I had no notions of ham being anything but delicious.

Adapted from The Virtual Weber Bullet. 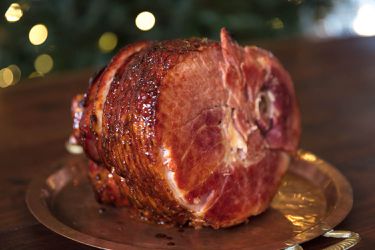 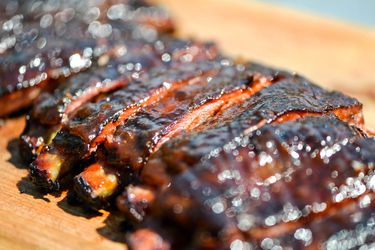 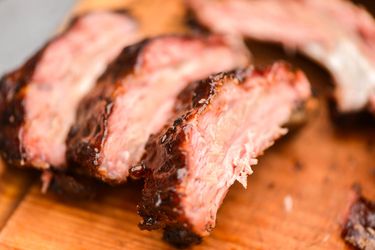 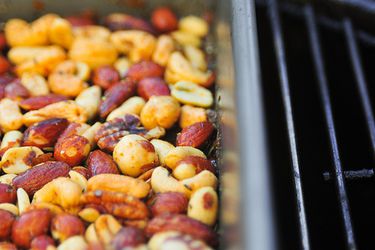 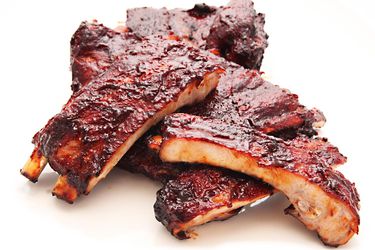 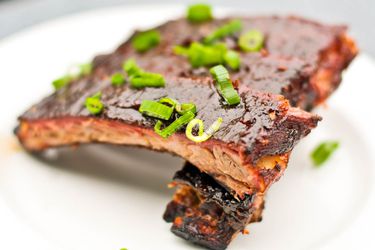 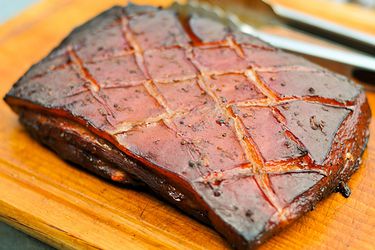 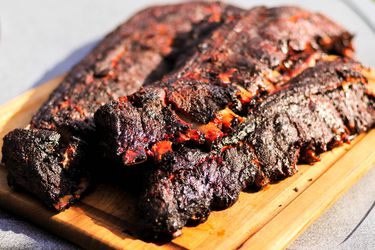