My favorite sausages in the world are the incredibly juicy and spicy beef links smoked in Elgin, Texas. A few years ago I attempted to reproduce them, only to fail miserably. Traveling about two hours southwest to Houston, there's another sausage I love and thought would be a little easier to tackle: smoked pork with cheddar and jalapeño.

The flavors of this sausage run only as deep as its name, so I started by grinding pork, fat back, and chunks of sharp cheddar together. Then I threw in a bunch of chopped jalapeños, salt, pepper, and more grated cheese, and gave the mixture a whirl in the Kitchen Aid to emulsify the meat and fat a bit before stuffing it into hog casings. Smoked over applewood chips for about two hours, the pale sausage emerged from the smoker, transformed into beautiful orange links.

The flavors were pretty spot-on and cheddar oozed out, which balanced the spiciness of the peppers in a plump and juicy link. The only issue I had was after cooling down, the skins shriveled. This didn't stop anyone from enjoying the sausage, but one eater suggested giving the sausages a bath in ice water as soon as they come out of the smoker to prevent this in the future. I'll give it a try next time, but for now, these sausages were definitely good eats. 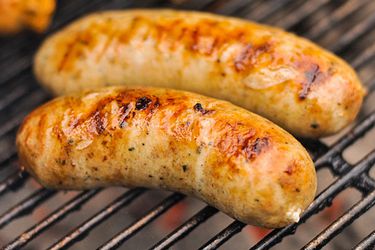 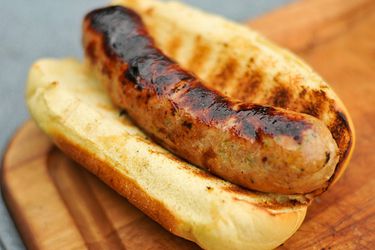 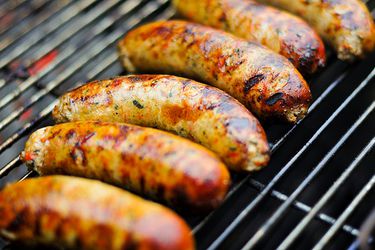 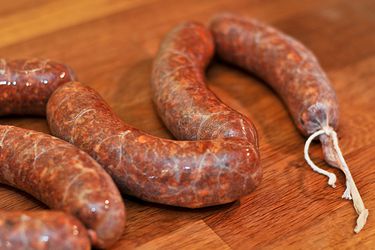 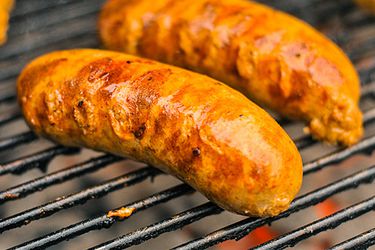 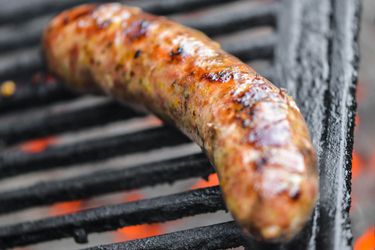 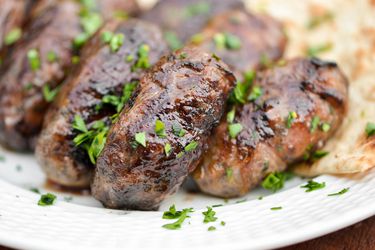 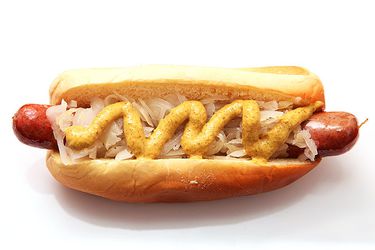 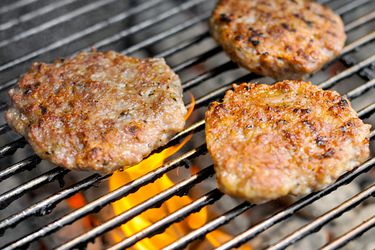