Chances are, you've eaten some Monosodium Glutamate (MSG) within the last 24 hours. It's in nearly all prepared foods, and the glutamate present in MSG is chemically identical to the glutamate naturally found in all kinds of foods, like Parmesan cheese, green peas, and tomatoes. There's no denying its transformative culinary power. In its pure crystalline form, MSG can be added to soups, stews, sauces, and stocks to add a rounded, savory flavor. Like regular table salt, MSG can also help boost our perception of other existing flavors. Tomato soup with a pinch of MSG tastes a little more tomato-y. Add a dash to beef stew to make it taste beefier. I, like my mother, and her mother before her, keep a small jar of it right next to the salt in my kitchen.

For some readers this may come as a surprise. I can hear you now: But Kenji, MSG is terrible for you! You’ll get migraines and asthma and numbness and 17 other symptoms, each more horrid than the last!

For others, you may have the opposite reaction: Yesssssss, validation at last! MSG reactions are all in your head and all those studies have proven it. MSG headaches are imaginary!

Hold up. Because both of those reactions are out of line with reality. First let's take a brief look at the history of MSG use, then let's talk about what those studies really have to say.

MSG is a sodium salt of glutamic acid (an α-amino acid). It was first isolated in 1908 by Japanese biochemist Kikunae Ikeda, who was trying to discover exactly what gave dashi—the Japanese broth flavored with kombu (giant sea kelp)—its strong, savory character. Turns out that kombu is packed with glutamic acid. It was Ikeda who coined the term umami, which roughly translates as "savory," to describe the taste of glutamic acid (and other similar amino acids). Until that point, scientists had only discovered the other four flavors sensed by the tongue and soft palate: salty, sweet, sour, and bitter.

By 1909, pure crystalline MSG extracted from the abundant kelp in the sea around Japan was being sold under the brand name Aji-no-moto (roughly, "element of flavor"). The company exists to this day, though with the current high demand for MSG, the chemical is synthesized rather than extracted. Pure MSG powder is available under a number of brand names (like Ac’cent), and glutamic acid–rich ingredients are used extensively in packaged foods, typically in the form of autolyzed yeast extract or hydrolyzed soy protein.

All well and good with MSG until the late 1960s.

The Myth of "Chinese Restaurant Syndrome"

The term "Chinese Restaurant Syndrome" started getting thrown around in 1968 when a letter, written by a reader named Dr. Robert Ho Man Kwok, was published in the New England Journal of Medicine. In it, he speculated that the numbness and palpitations he experienced after eating in Chinese restaurants may be linked to the liberal use of powdered monosodium glutamate (MSG) in Chinese food. Though no actual evidence was presented, the idea took off and went viral (even before the internet!), and for decades MSG was blamed for everything from migraines and numbness to bloat and heart palpitations. MSG-phobia was born, and it exists to this day, though the racially-tinged pejorative "Chinese Restaurant Syndrome" has since been swapped out for "MSG Symptom Complex."

More recently, there's been a wave of anti-anti-MSG backlash. Article after article claims that science has proven that MSG has no ill effects. These articles are as guilty of misrepresenting scientific data as those who spread the idea of Chinese Restaurant Syndrome in the first place. Let’s take a look at the actual science.

A 1970 study by Dr. John Olney published in Nature1 found that injecting high doses of MSG under the skin of infant mice caused retinal damage, brain damage, and obesity as adults. We’re talking huge doses of MSG injected directly into baby rodents here, a far cry from the small amounts ingested orally by humans. An April 2000 meta-study in the Journal of Nutrition2 found that in 21 studies of MSG conducted on primates, only two identified links between oral consumption and neurotoxicity. Both of these studies were done by Olney’s laboratory, and nobody has been able to repeat those results since. Moreover, even in mice (the experimental species most sensitive to MSG), the oral dose of MSG required to produce brain lesions was one gram per kilogram of body weight, an absolutely massive amount equivalent to a 170-pound person eating a third of a cup of pure MSG in a single sitting, with no food, on an empty stomach. This is about the amount of added MSG an average adult consumes in half a year.

Both the Federal Drug Administration (FDA) and the Federation of American Societies for Experimental Biology (FASEB) have done meta-studies on available experimental data3. The conclusion was that while very large doses of MSG can cause both degenerative nerve cell damage and disrupt hormonal function in animal tests, there is no evidence to suggest any kind of long-term damage to humans in ordinary doses.

So far, so good. Seems like the anti-anti-MSG folks are right. But what about short-term effects, i.e. MSG Symptom Complex? Surely not everyone who feels the short term symptoms of consuming MSG can be hallucinating, can they? A 1993 study from the journal of Food and Chemical Toxicology4 found that in a normal cross-section of the healthy population, there was little to no correspondence between MSG consumption and MSG Symptom Complex, especially when MSG consumption was paired with food. In fact, the effects were no greater than that of a placebo.

Doesn’t sound so good for the MSG-haters.

But not so fast. What about in people who specifically self-identify as being sensitive to MSG? Here things get more interesting. In a November 2000 study from the Journal of Allergy and Clinical Immunology5, scientists administered increasing doses of MSG and a placebo to 130 adults who self-identified as MSG-sensitive. While responses to MSG were not completely consistent with repeated testing, testing subjects generally showed more reactions to actual MSG (38% of respondents) versus a placebo (13% of respondents).

The conclusion of the study was that MSG does, in fact, elicit adverse responses from a particularly sensitive subgroup of the population when administered in large doses (greater than three grams) on a mostly empty stomach. The existence of MSG Symptom Complex is concrete scientific fact.

Turns out the dizziness, flushed face, and numbness in the chest and arms that I always insisted was just in my older sister's head is real after all. (Sorry, Aya.)

What About Glutamic Acid in Other Foods?

Kombu isn’t the only food rich in glutamic acid, though it may be the richest. Many commonly eaten foods are loaded with the stuff:

According to the FDA, the average adult consumes about 13 grams of glutamate each day from natural sources, plus an additional .55 grams of added glutamate from MSG or other sources. This leads to an obvious question: Chemicals don't really care what source they come from. Glutamate is glutamate, whether extracted from seaweed, synthesized in a lab, produced by the body, or consumed in your Parmesan cheese. So why aren't folks sensitive to MSG also sensitive to glutamic acid-rich foods? Why can my sister eat as much Parmesan cheese and as many anchovies as she wants?

It’s important to remember that in virtually every study, it was only when glutamic acid was consumed on a nearly empty stomach that adverse reactions manifested. When paired with enough food, symptoms virtually vanished.

Jeffrey Steingarten, Vogue magazine’s long-time food correspondent, has suggested that the rash of people claiming MSG sensitivity in the '70s and '80s might be due to the fact that in those days, many Chinese-American restaurant meals started with a bowl of MSG-rich wonton soup consumed on an empty stomach before the rest of the meal. This theory seems to fall in line with scientific data. Even though Parmesan cheese is packed with glutamic acid, it’s got plenty of other "stuff" in it, too, and most likely you’re pairing that cheese with pasta or pizza.

One final note: some have hypothesized that when it comes to Chinese restaurants specifically, MSG-rich broths consumed on an empty stomach may be part of the culprit, but there’s also a good possibility that some folks who claim sensitivity to MSG may in fact be experiencing reactions to other ingredients common in Chinese food but not so common in other restaurant cuisine such as the peanut oil frequently used for stir-frying, the shellfish extracts used for flavoring, or herbs like cilantro. As far as I am aware, there is currently no scientific data that would elevate this hypothesis to theory.

So Should I Cook With It?

So where does that leave us in terms of using it for cooking? In the end, it seems that the subgroup sensitive to MSG is small enough and the adverse reaction rare enough that in all likelihood you’re gonna be just fine using it in your own food, especially if you make sure to eat a little MSG-free stuff to lay down a bed in your belly before getting to the goods. Moreover all evidence suggests that the effects are at worst a short-term discomfort with no long-lasting consequences.

If you do, however, feel that you have a sensitivity to MSG, by all means avoid it! And you can tell anyone who says, "You’re just imagining it!" to buzz off, because they are wrong. Your ally is science, and a powerful ally it is. 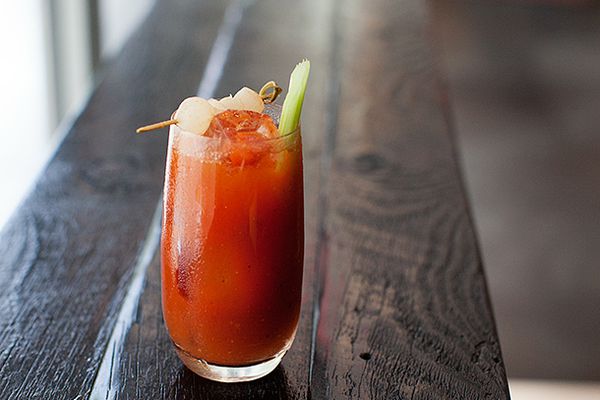 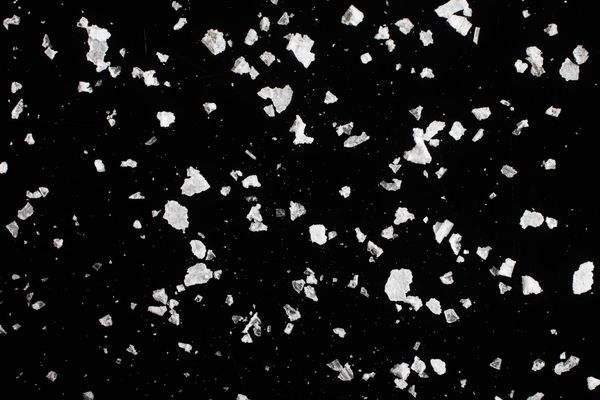 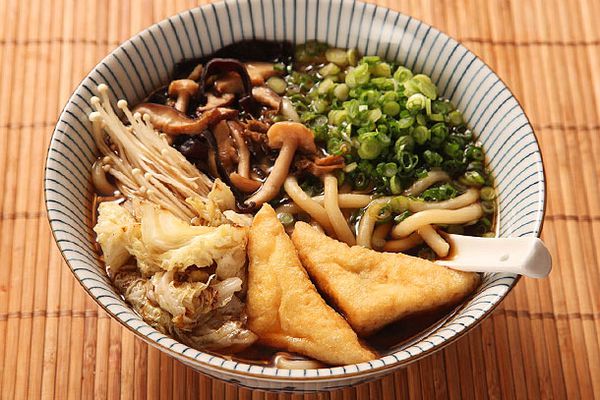 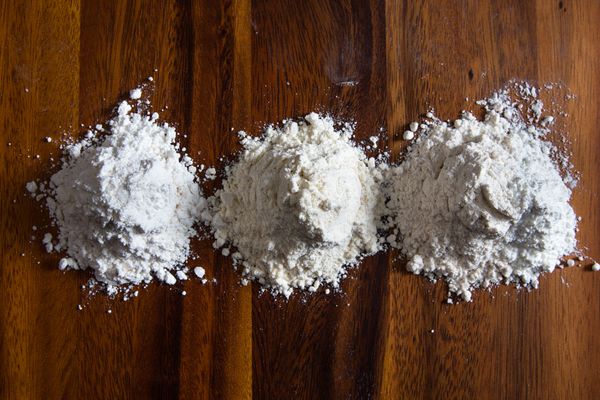 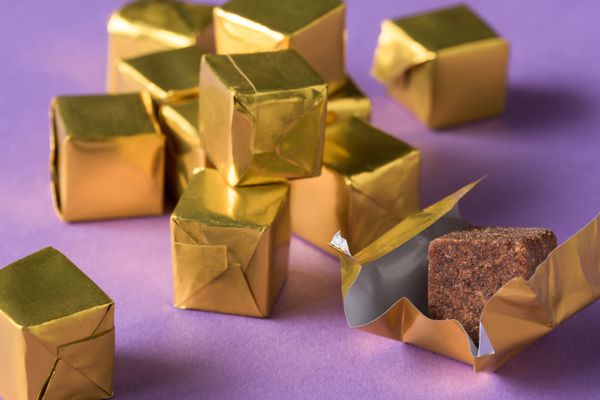