"Is it OK to probe my meat with a thermometer while it's cooking?"

I've heard that probing meats to test temperatures can be bad because you creates holes that juice leaks out of. Is this true? I've always used the leave in thermometers that stay in and I don't remove it until my meat has rested. Is this an unnecessary step? What if you have to test multiple times, will that cause a difference?

In case you haven't noticed, I'm a very strong proponent of using a thermometer when you cook meat. Forget the poke test or the cake tester or any other such method that's based more on machismo or restaurant service speed than accuracy. For a home cook, the absolute best method to guarantee that your meat comes out cooked perfectly every time is to use a thermometer. The Thermapen is my thermometer of choice. It's pricey, but it'll pay for itself after the first prime rib roast that you don't overcook. 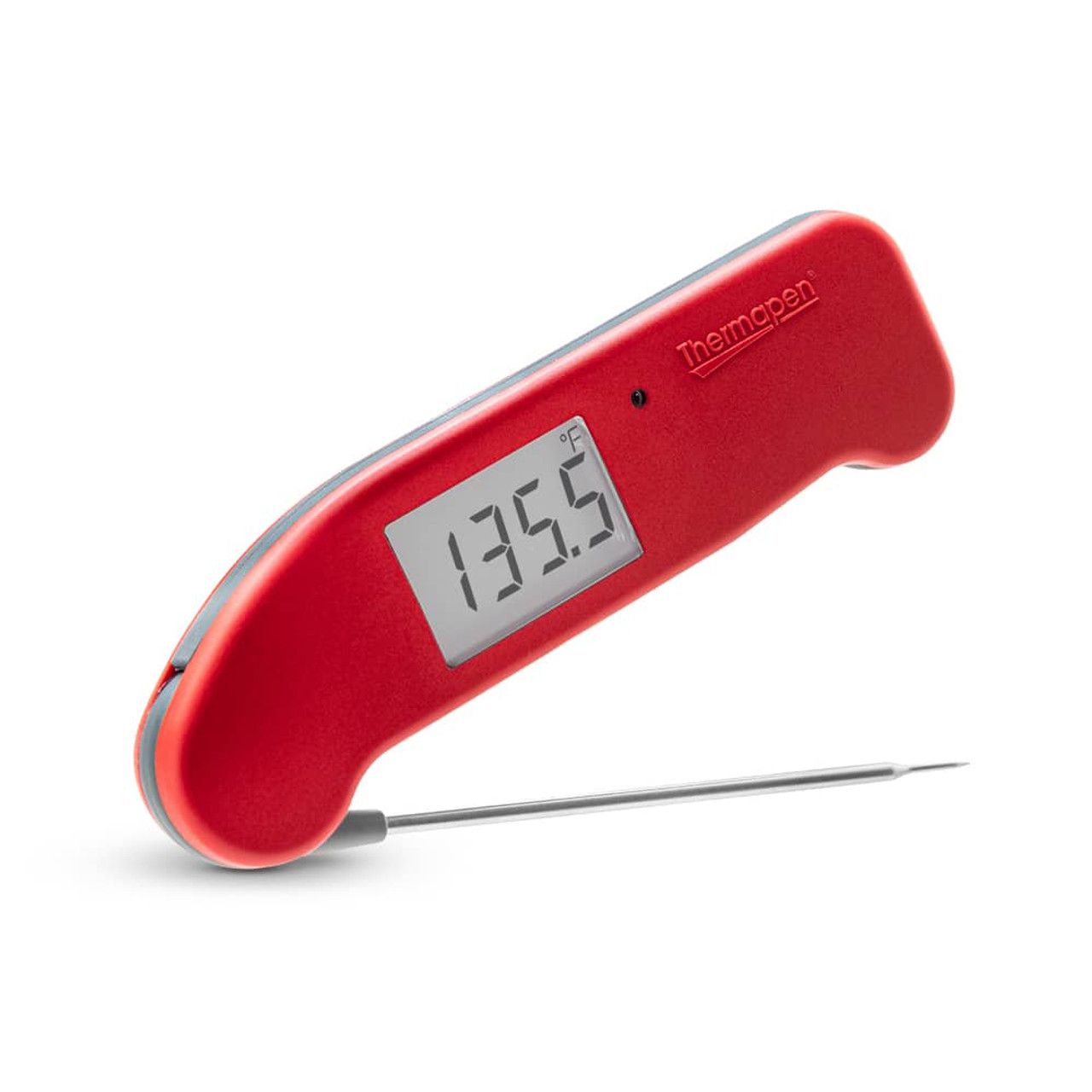 But this does bring up a good question: doesn't probing that meat cause juices to leak out? Doesn't every grill master tell you not to use a fork when you flip your meat to keep that seal on the exterior?

Here's the good news: those grill masters are wrong. There is no seal on the outside of a steak any more than there is on the outside of a hamburger or a meatball. Moisture from the interior can escape just as easily whether that exterior is punctured like a balloon or not.

On the other hand, what you do have to worry about is whether or not you're breaking apart muscle fibrils, the sheath-like containers in which meat juice actually is stored.

See, if you look at a cross section of a steak through a microscope, it resembles a bunch of bundled up telephone wires all running parallel to each other. As a steak cooks, the cables tighten up, squeezing out their contents.

The fact is, the tip of a probe thermometer or a fork is simply too dull to actually puncture or cut those fibrils. The most you'll do is rip them apart a tiny bit. This may result in a miniscule amount of juice loss, but the difference is far below the threshold of human detectability and pales in comparison to the extra moisture loss if you, say, overcook that steak by a few degrees.

Indeed, that's why instruments like a jaccard—a multi-bladed tool designed to tear apart muscle fibrils before cooking—can tenderize meat without causing it to lose excess moisture. Heck, if meat could really be punctured like a ballon, you'd expect a steak that's been treated with a jaccard to weep juice as soon as it starts cooking, when in fact, it cooks almost exactly the same as an un-punctured steak.

Even cutting a steak with a knife to peek inside for doneness is not going to make a significant impact on its eating qualities, though it's difficult to judge doneness by appearance (hot juices can make a steak appear more rare than it really is).

What about leave-in thermometer?

Leave-in thermometers are a different story. I am not a fan of them for two major reasons.

First off, they are constructed of metal, and metal happens to be a far better conductor of heat than, say, meat, fat, or bone. This means that when you are cooking a roast in the oven for a long time heat energy will travel through the probe and into the meat faster than anywhere else in the roast. You end up with an artificially hot zone right around the probe, which can lead to false-high readings of up to a few degrees.

Not only that, but it's nearly impossible to pinpoint exactly where the coolest part of the roast (the part you want to take the temperature of) is going to end up until after it's done cooking, again leading to false-high readings with a leave-in probe.

This is not the worst thing in the world—it'll ensure that you get an early warning signal. But when that leave-in probe hits the desired finished temperature, make sure to take the actual temperature of the meat in several other areas. Chances are it's still got a few more minutes of cooking left. 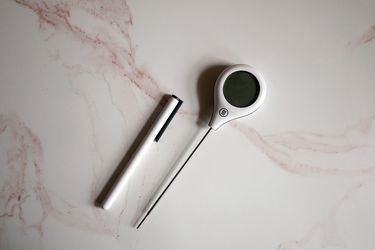 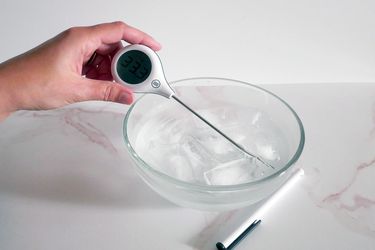