While many of our favorite bartenders have long and storied careers, they all got their start somewhere—and most entry-level gigs weren't too glamorous. We asked bartenders across the country about their first stint behind a bar; here's what they had to say.

"There used to be a little club called Lithium on Belmont and Sheffield [in Chicago], and I started there as a barback and general stuff-doer for a couple extra bucks when I was in culinary school. One thing led to another and I started bartending, if you can call it that, completely sans any sort of training. To call it a mess was an understatement." —Mike Ryan (Sable)

"My first bartending gig was at a very trendy, busy, soul-sucking club. They had 45 different martinis and I made the most ridiculous money that I have ever made bartending there. It's kind of strange how that works out, but I'm happy real progress has been made in the cocktail world since. It did teach me speed and efficiency, though, which has helped me a lot in my career." — Nikki Sunseri (Dominick's/ Little Dom's)

"A part-time job in a small bar in Germany. I was in the Army, so this was something I did a few nights a week to get off base and earn a little extra money. It was mainly me pouring Asbach Uralt into glasses and topping it off with Coke, but it was a bartending gig." — Elizabeth Powell (Liberty Bar)

"It was at Jerry's Deli in 'Marina Del Rah' (Marina Del Rey). The bartender had quit, so I told the manager I'd do it. I stepped behind the bar for the first time and asked the guests how to make anything they ordered until I had the recipes memorized." — Jeremy Lake (Crossroads)

"My first bartending gig was working a boat trip one summer down the Jersey shore. It got so crazy the Coast Guard actually came!" — Kelsye Downs (LAVO)

"My first time behind the stick was the day after Thanksgiving on Black Friday, one of the busiest days. My first day behind the bar. I felt like it was me against the world." — Ray Anguiano (Atwood Café)

"I was in college and just 21. I was working for a chain restaurant in Ohio; I grew up in a very small town, so cocktails were not really a go to for most people. More of a beer and whiskey town. My knowledge was very limited. I couldn't take a shot at that time, as most alcohol didn't agree with me. It was a Sunday afternoon, Mother's Day. The service bar exploded all at once and a Bloody Mary came through, at the beginning of what seemed to be an infinite amount of tickets. I froze in fear. I had never made a Bloody Mary, never tried a Bloody Mary, and obviously I had no clue how to make one. Long story short, I was pulled from behind the bar.... I have learned to make a Bloody Mary since." — Roger Bailey (Filini Bar and Restaurant)

"The Hard Rock Cafe on Pier 39 in San Francisco. I ran a four-blender operation and made more drinks in souvenir glassware than one would like to remember, but it was young, loud, and FUN! It was a great place to learn how to quickly befriend many different people from many walks of life, and in that guitar shaped bar, surrounded by tourists whom I would most likely never see again, I forged some of my dearest friendships." — Jen Queen (Saltbox Dining & Drinking)

"I actually made a small bar in my dorm room my sophomore year of college. I only made a few drinks that were pretty ridiculous, but I used to make the perfect "Salty Dog" in that little room! Needless to say, once word got out, a line a grew down the hall, and the RA shut me down. Pity." — Christopher Longoria (1760)

"Fetching beers for my grandpa & uncles at 4 years old. But my first paid gig was in a pool bar, at a luxury resort overlooking the Napa Valley. Not too bad a place to call an office!" — Brady Wilkens (Lucy Restaurant & Bar)

"New Year's Day at a sports bar in Miami. When asked about our wines I recited, 'We have a red, a white, and a pink. Which one do you want?'" — Justin Fairweather (Evelyn Drinkery)

"I was a 22 year-old rookie bartender, as green as they come, working in an environment where you were trained to free-pour and almost everything on the cocktail list was vodka-based, modified with some kind of schnapps and fluorescent green 'sweet & sour' mix. The only thing a bar spoon was used for was fetching cherries out of a gallon jug, and if someone asked for bitters you assumed they were European. It was different era." — Dan Carlson (Saul at the Brooklyn Museum)

"From what I can piece together, I conned my way into bartending a huge party in college. The tiki theme was a huge success, and I can make a Mai Tai in my sleep ever since. I also insisted on tasting every drink to assure quality, and now can't be within three miles of a tiny umbrella without nausea." —Dan Bronson (The Strand Smokehouse)

"My first-ever bartending gig was at a small hotel cocktail lounge in East Lansing, Michigan, where I attended Michigan State University. I started with zero training and was the only staff member working on any given night. I can only imagine how horrible the service and drinks must have been during those first few months." — Garrett Sweet (Perennial Virant)

"I was celebrating my 21st birthday at a martini lounge at Ball State in Muncie, IN. I overheard the owner saying he needed a bartender for the summer. I leaned over, with all the grace of a 21-year-old, and told him I'd love to help out. He asked if I had any experience, I said no, and the next night I was behind the bar learning how to make martinis. That moment will always perplex me, especially considering how it changed my life." — Beau du Bois (The Corner Door)

"I used to work at a disco bar in Lakeview of Chicago and it was a lot of fun. There was great music—it was like a show where bartenders would throw bottles in the air." — Eddie Araugjo (The Terrace Bar)

"I was working as a waiter my first summer in New York, when I overheard the bar manager saying he was understaffed for the upcoming 4th of July weekend. I immediately lied and said I had bartended in college, at a bar I invented on the spot. I had always wanted to bartend, so I spent the next 12 hours manically researching everything I could about the trade. Two double shifts, several spilled drinks, and one impressed bar manager later, I was added to the bar schedule for the following week. I've been slinging drinks ever since." — Allen Burton (A.G. Kitchen)

"Woo Lae Oak Soho: I was a waiter there and one of the bartenders was leaving and the general manager asked me if I knew how to bartend. I replied no, and he said, 'Well, you are going try to learn on Friday night. If you swim, you're a bartender, if you sink, you're still a waiter.'" — Jeremy Strawn (Bo's)

"I started out bartending at a PF Chang's to pay the college bills. I barbacked for an amazing team from age 19 to 21 and on my 21st birthday, had my first shift. I learned a ton about cocktails from everyone behind the bar and I'm still about to use a lot of what I have learned from those guys and gals. I wouldn't trade it for anything." — Brian Means (Fifth Floor)

"It was at the Italian American Mutual Aid Society in Ridgefield, CT. It was basically a social club for elderly Italian guys. I always worked there growing up and when I became old enough, they put me behind the bar. The gig consisted of pouring a lot of Scotch, Sambuca, beer, and wine. Imagine a scene out of Goodfellas minus the firearms." — Nick Tarsi (Kachina Southwestern Grill)

"I got thrown into the well at a very busy night club on a Friday evening. A bartender called in sick, and they said, 'You got this, right?'" — Chino Lee (Departure Restaurant)

"Bussing tables and bar-backing when I was 13 years old at an Irish Pub called The Goal Post. They would get a live feed from Ireland for Irish football games on Sunday Mornings. I'd show up at 8 a.m. to a packed bar of Irishmen, squeezed in shoulder to shoulder drinking Guinness, chain smoking cigarettes, and eating Irish breakfasts. I guess I was doomed from jump." — Dan Rook (South Water Kitchen)

"Bar Pintxo in Santa Monica. I was hired because I had both a chef and beverage/wine background. I slung beers, sherry, and wine while also manning the plancha and fryer, cooking up gambas al ajillo and slicing Jamon Iberico at the same time. Looking back, it was the perfect place for me—I had fun being front of house while still in the trenches with the chefs, messing around and making back-of-the-house jokes." — Paul Sanguinetti (Patina Restaurant Group) 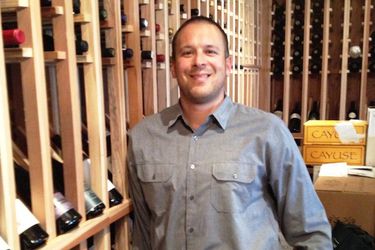 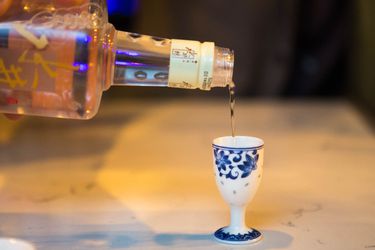 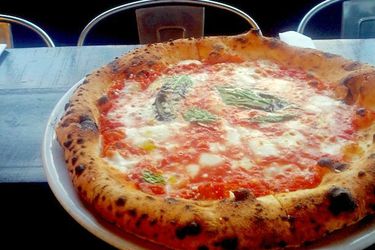