Are the rules of big-pot blanching true?

The general wisdom for blanching vegetables is to boil them in a large volume of water, always with salt, and then shock them in ice water. How much of this really holds up to testing?

Blanch is a funny word. In some cases, it means to quickly cook foods in boiling water; with green vegetables, the purpose is, in part, to enhance and lock in their natural verdant color. In other cases, it means to lose color or whiten, such as leeks, white asparagus, and cardoons (which are denied sunlight to increase their whiteness), or the face of a chef-groupie who gets caught in a conversation not knowing about the latest restaurant everyone is talking about. Heavens to Betsy! How embarrassing! (Pro tip: When in doubt, just say how much you love the kale salad.)

Blanching, for vegetables, is a very useful technique, especially this time of year, when green spring vegetables are still in abundance. Restaurants rely on blanching for two reasons. First, fresh vegetables—in particular, tender and/or leafy ones—tend to fade quickly, even in good storage conditions. Sturdy stalks of asparagus begin to wither and slump, Swiss chard leaves go from rigid and shiny to wilted and dull, and peas become insipid as their fresh-from-the-field sugars convert into more complex starches. A quick dip in boiling water helps freeze these vegetables in time, improving their eating quality even days after blanching (up until they start to go bad, anyway). Second, blanching vegetables saves restaurants time: By pre-cooking them, it takes less time to sauté or grill them once an order comes in.

It's useful for similar reasons at home. One big blanching session can save you time preparing dinner later in the week, and ensures all the beautiful produce you bought at the farmers market is just as good once you finally get around to eating it.

As any restaurant cook can tell you, there are some very basic rules of blanching that get drilled in from day one: use a lot of water relative to the amount of vegetables you're cooking, salt the water well, and immediately shock the blanched vegetables in ice water as soon as they're done.

The Why's Behind Traditional Blanching Technique

Here are the reasons often given for why you have to blanch using lots of salted water, and then shock the vegetables in ice water.

The question is, are all of these reasons really true? Can you get equally good results in a small volume of water, or omit the salt? And making an ice-water bath is a pain—wouldn't it be nice to know if you could just skip that part? There's only one way to find out, so I bought a lot of different vegetables and got to work.

Shocking the blanched vegetables in ice water is the last step in the blanching process, but I decided to test it first, since it would help determine how I would run the remainder of my tests.

If any of you are like me, this is the step you're most likely to be lazy about. I can't tell you how many times I've blanched vegetables at home and then stuck them under cold running water in the sink to chill them. I mean, how much difference can it make?

To find out, I cooked a bunch of asparagus in salted boiling water, then removed it all at exactly the same time. One third of it went immediately into an ice-water bath, one third into a colander in the sink under cold running water, and the last third I let stand at room temperature until all of its heat had dissipated.

Since temperature differences can influence taste perception, I moved all of the samples to the freezer for just a couple minutes before tasting, so that they all had the same chill on them.

"The ice-bath asparagus looked and tasted fresher, crisper, and greener"

Uh oh. Seeing the results side-by-side, it was immediately clear that all of my lazy tap-water-chilling sessions had been a mistake. The ice-bath asparagus looked and tasted fresher, crisper, and greener. When I called my colleagues into the office for a blind tasting, without telling them what I was testing, they all picked out the ice-bath asparagus as the best.

So there you go: Use an ice bath, it's worth it.

The Water: A Puddle or an Ocean? Freshwater or Salt?

For my next round of testing, I decided to test both volume and salt simultaneously. On our induction burners at work, I set four pots. Two were large, with 10 cups of water each, and two were small, with 4 cups of water each. In one of the large pots and one of the small pots, I salted the water as I do pasta; the other two I left unsalted.

Once all the pots were boiling, I simultaneously dropped 3 ounces of string beans into each pot. The first thing I noticed was that all four pots lost the boil when the beans went in, but the smaller pots rebounded more quickly than the larger pots.

This is something Kenji has demonstrated before with pasta water: Even if the smaller pots of water have a larger initial drop in temperature compared to the larger pots, it takes exactly the same amount of energy to bring the water in all the pots back to a boil, so big pots of water don't return to boiling any more quickly than small ones do. In fact, because large pots have more surface area where heat can escape, they can actually be more difficult to bring to a boil than smaller ones, especially on less powerful home burners. Even with our impressive induction burners at SE headquarters, I had a difficult time reaching and maintaining a boil in the larger pots, while the smaller ones roared away at a boil with no trouble.

Tasting is the only way I know of to judge doneness with blanched vegetables, so as soon as I deemed the beans in each pot to be crisp-tender, I transferred them to an ice-water bath to chill, then presented them to my colleagues for blind tasting.

Interestingly, opinion was evenly split, with no clear preference for any of the beans, whether large pot or small, salted or unsalted. A couple of my colleagues did pick up on the subtle seasoned flavor of the beans from the salted pots, and preferred those, but not everyone noticed (much of the salt washed off in the ice-water bath, which I suppose you could prevent by salting the ice water, but I didn't test that).

"while salt can marginally improve the taste of the vegetables, the size of the pot is less important"

To make sure the results weren't specific to string beans, I repeated the test once more with broccoli rabe. The leafy rabe retained more of the salt flavor from the seasoned pots, but aside from that, my colleagues once again were evenly divided on which they preferred, suggesting that while salt can marginally improve the taste of the vegetables, the size of the pot is less important.

A Final Round of Tests

A couple days after running these tests, I decided that I wanted to explore the question of cooking temperature and salt even further. I started wondering if the issue with the pot size was less about how quickly the water returned to a boil and more about any negative effects of exposure, even a very brief one, to a lower temperature. I also started wondering if I had salted my blanching water enough. When I ran my pasta-water test, I concluded that water with the salinity of sea water (about 3% salt by weight on average) is too salty for pasta. But pasta absorbs water more than vegetables do, so maybe I needed even saltier water to see a difference.

To test the temperature part, I set up my immersion circulator with a water temperature of 185°F. I wanted to cook a vegetable in that water from start to finish, just to compare sub-boiling temperatures to boiling. Then I put two pots with equal volumes of water on the stove, leaving one unsalted and salting the other to 3%, much more aggressively than I had before. This time, I cooked equal amounts of sugar snap peas I had bought over the weekend at the farmers market, shocking them in ice water as soon as they were done (for the two pots of boiling water, this was exactly the same cooking time; for the lower-temperature immersion circulator, I had to cook the peas for longer to reach a crisp-tender texture).

Here's the amazing thing: The textural differences were incredibly subtle. If anything, the unsalted boiling water had the best textural results with the crispest bite; the salted water produced beans that had a slightly softer exterior layer, as if the outermost cells had started to dissolve; the low-temp bath made beans that were nicely crisp-tender, but not quite as vivid as the others.

McGee says that salt can help tenderize and soften vegetables by dissolving the vegetable's natural pectins, which may explain the minor textural differences between the beans with and without salt. (Another thing to consider, depending on where you live, is the pH of your tap water: According to McGee, vegetables cook best in neutral or slightly alkaline water.)

But again, I can't stress enough, the differences here were extremely subtle: I saw no strong differences based on cooking temperature or salting as far as texture was concerned.

As for flavor, the 3% blanching water produced beans that were considerably more flavorful than the others, even after being rinsed in the ice water bath (in fact, without the bath, they were a little too salty).

Based on my test results, the most important thing you can do when blanching vegetables is to shock them immediately in ice water. Beyond that, the other rules don't have as much bearing on the final product. Frankly, as far as texture is concerned, you'd be far better off paying close attention to pulling the vegetables out of the water at precisely the right time than worrying about how much water you're using, how long it lost the boil, or even if it's salted. That's because human error and overcooking will have much more drastic and negative impact on the quality of the vegetables than those other variables.

Overall, salt (and plenty of it), seems worth it for flavor. As for texture, it may be marginally better to cook vegetables at a higher temperature, so you're probably better off going with a smaller pot of water that will return to the boil more quickly.

Chefs who have long insisted that all of the blanching rules are absolutely essential may feel their faces blanch when they read this, but that's another issue entirely. 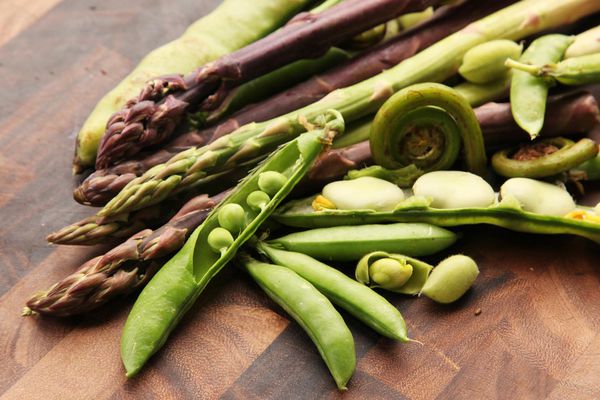 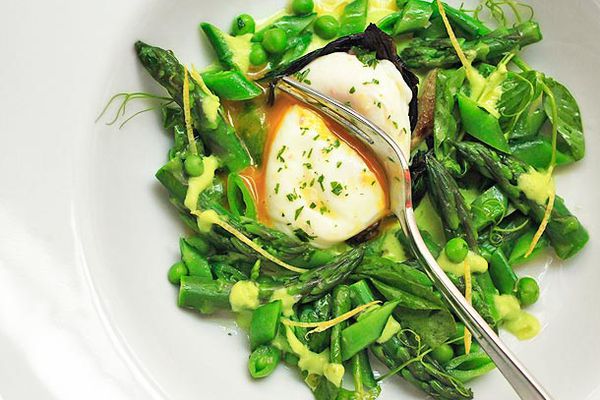 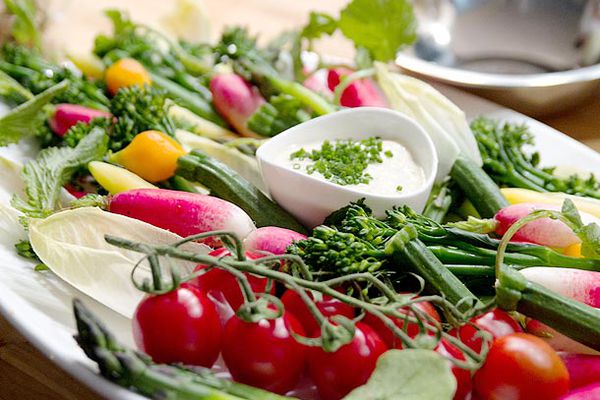 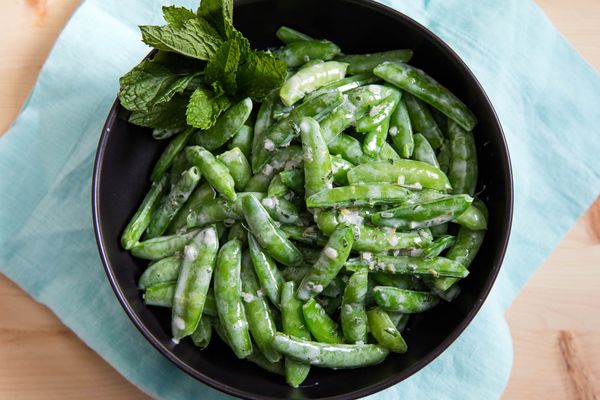 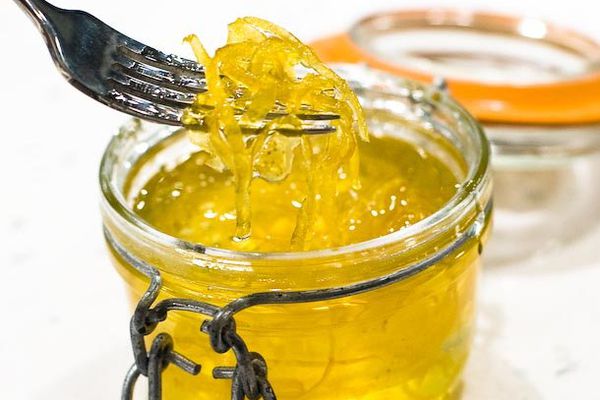 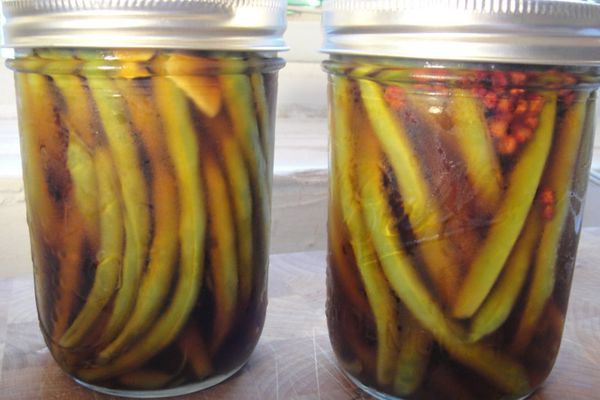 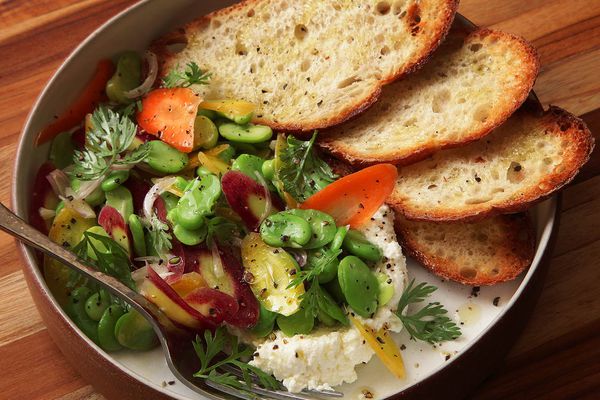 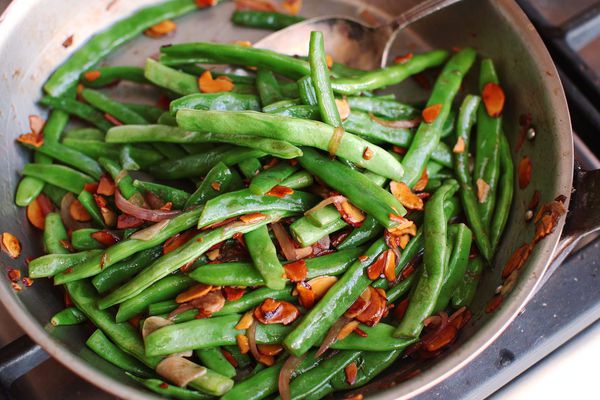 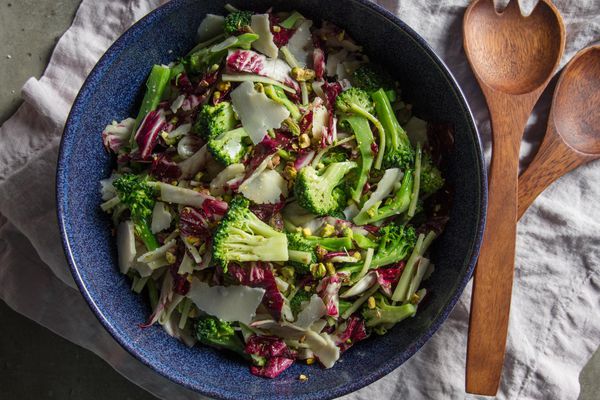 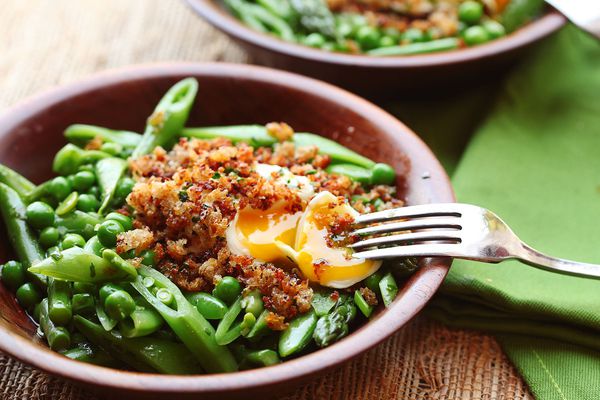 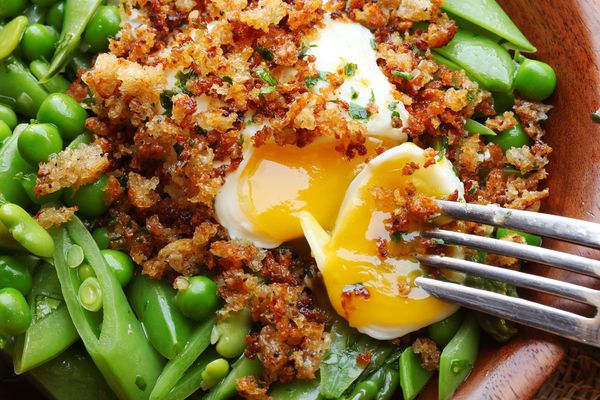 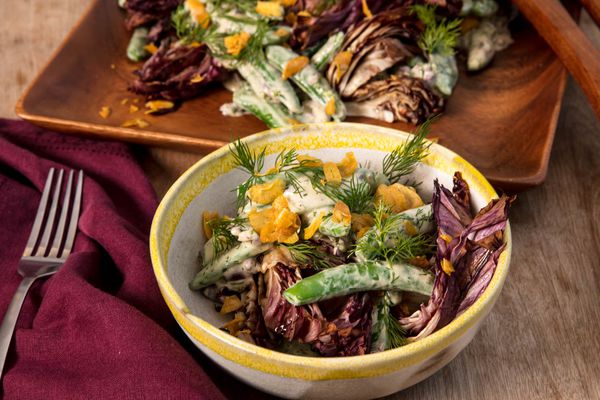