Editor's note: What's it like to be a vendor at Brooklyn's popular—and competitive—outdoor market Smorgasburg? Here's market co-founder Eric Demby on the inspirations behind the market and what they look for in vendors.

In this column we've written about the experiences and perspectives of a diverse set of Smorgasburg vendors, some established and others nascent, from a purveyor of new school American-Jewish food to a ramen incubator and an Israeli couple looking to bring real couscous to New York. We've shared their struggles, evolution, and thoughts on why they're participating in the sometimes grueling market. But what about the other side? In July, we spoke with market co-founder Eric Demby about the origins of Smorgasburg and what he looks for in potential vendors.

If you've read interviews with Eric Demby before, you'll occasionally come across an anecdote about his youthful years spent in Maine, and how those town markets helped to inspire what is now New York's most popular street food bonanza. While Eric spent his more formative years in Boston, where he moved at age give, his first years were spent on a farm in Maine.

"It's definitely not the only influence on the market, but when I sort of reflect on things in a more grand way that is what I end up going back to. A bunch of my parents' friends moved there, most of them from New York, in the late '60s and early '70s. They were 'back-to-the-landers,' interested in learning how to farm, how to raise animals, live off the land, and be self sufficient."

Eric cited instances of the community coming together to accomplish projects, like when it came time to make maple syrup. "It's a huge project to make make syrup, which is a 40 to 1 reduction, and the only way to do that was to get dozens of people together," he said.

Although he came to be what he described as "a very urban person," working as a music journalist and P.R. man for Brooklyn borough president Marty Markowitz, Eric, he told me, saw "the [Brooklyn] Flea as this opportunity to incorporate these aspects of my life that were not really that integrated until then." Smorgasburg was born out of the Flea, and while the market has changed—there was, at first, a farmer's market, a Kickstarter area, and a playground for children alongside the food stands—that sense of togetherness and working towards a common cause is something that is integral to Eric's vision for the market.

Much has been made of the difficulty of getting into Smorgasburg, of its standards and low acceptance rate. In a Wall Street Journal article published earlier this year, Eric explained how they won't accept new vendors who sell the same product as a current vendor. So, it's safe to say, you won't be seeing an influx of stands selling barbecue brisket.

When we asked Eric what kind of vendors they look for, he explained, "the people who sell at that market are the people who apply. I don't go out and seek vendors, so it's already a self selected group. The person who wants to sell in that kind of environment, that kind of person is not the norm, I think. It's someone who is ready for that adventure."

They do, however, want people who are knowledgeable about the scene and in tune with the markets. An interesting narrative helps. "What I look for is people that have been to the markets and understand what its like there," Eric said. "So they know what they're in for, physically and emotionally. If you don't know that stuff and think its just going to be fun and you're going to make lots of money right away, you're setting yourself up for failure."

We've explored the cost of running a vendor stand at Smorgasburg in past columns, and it's worth pointing out again how the financial pressures of living in New York play into the market. The rising cost of real estate has priced many young entrepreneurs out of opening up in growing neighborhoods in Brooklyn, and Smorgasburg presents a less risky route that guarantees exposure—even if that exposure isn't always enough. Eric sees the cost of Smorgasburg as a pretty good deal, explaining, "in terms of rent, the most you can lose in a month is $1,000. But you're not on hook for us for the future. You haven't signed anything that says you would owe us money if your business fails."

As Smorgasburg continues to grow and becomes more successful, the cost of running the market rises. More visitors means more security, more clean up, more garbage disposal, more everything. But as Eric sees it, this is never something the vendors should, or will, worry about.

"They're really focused on what they're doing, and it's our job to make sure they don't have to worry about anything else," Eric said. "We don't want them to have to worry about how much garbage our market is creating or how many neighbors are complaining. These are the things we're paying for. If we didn't pay for them, the market wouldn't happen. So in the end we create a platform for people to sell and focus on their part. We're like a gallery."

A Look at Couscous Specialists NY Shuk »
Changing the Menu, Expanding Beyond the Market »
Moving On From Smorgasburg »
A Couscous Vendor's Evolutionary Strategy »
How To Pay For Smorgasburg »
Introducing Bombay Sandwich Co. »
Capitalizing On The Off Season and The Real Estate Hunt»
On The Importance of Mentors»
The White Moustache's Journey from California to Smorgasburg »
Why a New Jersey Noodle Factory and a Vermont Farm Make the Market»
Rockville Market Farm's Eric Rozendaal on the Farmstand» 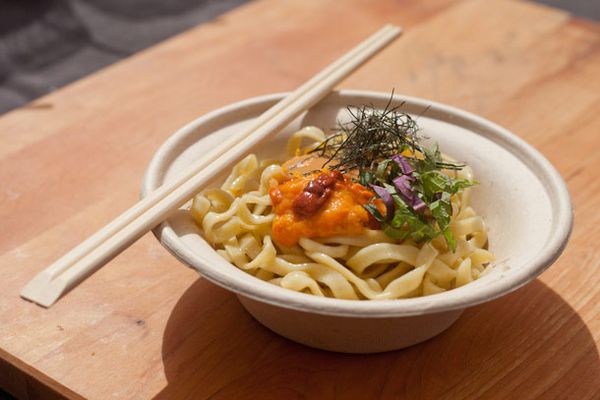 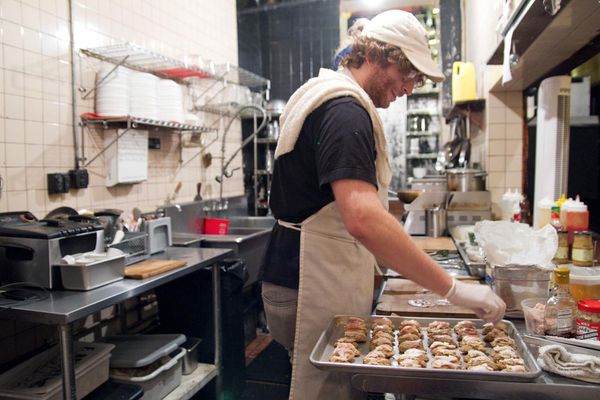 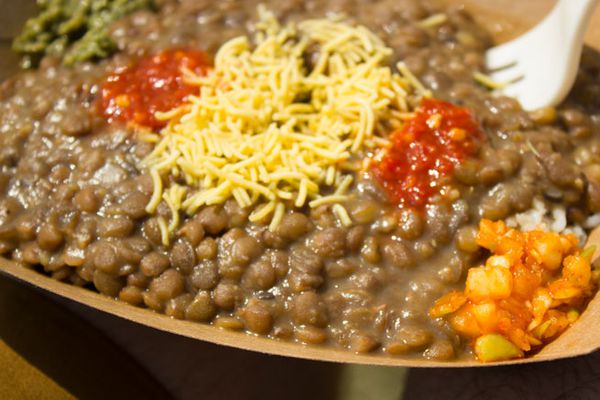 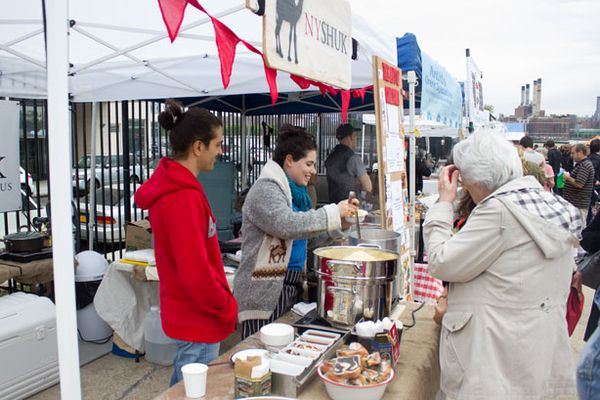 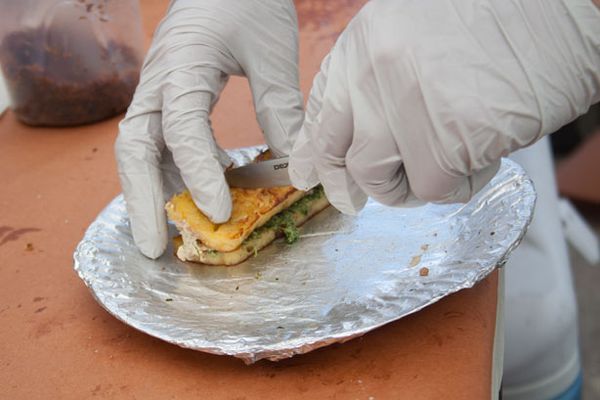