There are few childhood treats that were as special as Persian Buns. Oh, Persian Buns; that once-a-summer taste of heaven that I've only ever encountered in a small bakery in Camden, Maine. I remember the anticipation of that Persian Bun, the early rising and hour-long car ride from our family place in Freeport. I remember that they were sweet and fried and covered with chocolate frosting. These were the sophisticated cousins of the chocolate frosted doughnuts with sprinkles that I favored on a day-to-day basis, and their scarcity made them all the more precious.

Alas, the Camden Home bakery has long since shut its doors. A recent conversation with my dad reminded me of this long-lost sweet and set me on a quest to recreate the Persian Bun as faithfully as I could. And all these years later, I think I've cracked the code.

Taking my search to the internet for the first time, I was surprised to find mention of other Persians outside of Maine.

Though not a common treat, the Persian Bun or Roll seems to be generally accepted as a yeast-raised, deep-fried cinnamon bun pastry with some sort of frosting.

Strawberry or raspberry frosting actually seems the most common. Sources claim that the "Persian" originated in Thunder Bay, Ontario in the 1930s and remains a popular treat there. Others purport that the Persian is another name for the "Pershing" Doughnut which was supposedly named for General John "Blackjack" Pershing, the US leader of the Allied forces in World War I. Popular lore has them being created as a response to Bismarcks (jelly-filled doughnuts). Whatever their provenance, I sure am glad to have figured out a way to have these fantastic breakfast sweets back in my life. 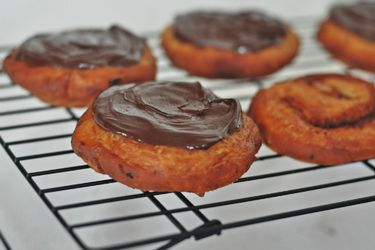 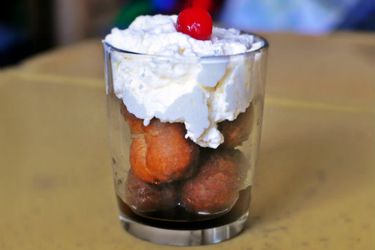 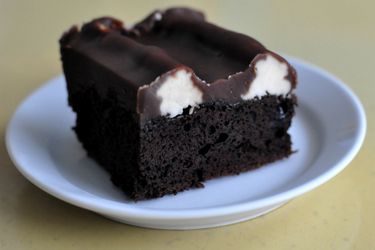