Quick exercise: pick a single event from each year of your life that most affected you. For me, some years are difficult. In 1983, was it when I first picked up the violin, or when He-Man first aired? Was 1992 about the finale of MacGyver, or the release of Super Mario Kart? Was the most influential event of 2009 my first Food Lab article or was it my wedding (wait—did I even get married in 2009, or was it 2008? Note to self: check calendar before wife asks about this).

2004, on the other hand, is easy. The one event that screwed with my life more than anything else was the release of the movie Sideways.

For several years up to that point, I'd been carefully building myself up to try and crack my way into the world of wine connoisseurship (a world which I very distinctly wasn't a part of). My methodology was simple: I would learn about pinot noir. I would taste it in every form that I could, I would order it at restaurants, I would buy bottles both cheap and expensive, and from all corners of the globe. I would become known as "that Pinot Noir guy."

I would dazzle waiters with my educated choices and pointed inquiries about their bottle selection. You see, the thinking was that rather than learning a little about a lot of wines, I'd learn a lot about just one. That way, when people talked to me about it, they'd be so impressed that they'd automatically assume I knew just as much about other wines as well. If asked about my preferences in Cabernets or the finer points of Syrah, I'd simply feign illness or perhaps an antioxidant overload until such time that I could look up the answer and return to them. In this manner, I'd be slowly forced to expand my wine horizons; Eventually I'd become a veritable walking oenographic encyclopedia.

Then Paul Giamatti came along and ruined everything.

Don't get me wrong. It's a great movie and a nice scene. Here's his little monologue, in case you missed it:

It's a hard grape to grow. As you know. Right? It's, uh, it's thin-skinned, temperamental, ripens early. It's, you know, it's not a survivor like cabernet, which can just grow anywhere and thrive even when it's neglected. No, pinot needs constant care and attention. You know? And, in fact, it can only grow in these really specific, little tucked-away corners of the world. And only the most patient and nurturing of growers can do it, really. Only somebody who really takes the time to understand pinot's potential can then coax it into its fullest expression.

Suddenly, it was no longer OK to order pinot noir at restaurants. I'd get eye rolls, dismissive snuffs from waiters and sommeliers alike. I know, I should probably have had thicker skin, not let people's opinions bother me, but it's really tough to order a glass of Burgundy when the response is a server dropping casual remarks like, oh, so you've seen Sideways, then, or haha, wouldn't you rather try a merlot?

On top of that, it had direct negative influences on my grape of choice: in the years following the movie, the price of pinot noir bottles rose by around 10% in retail, and even more in restaurants. My education suddenly became much more expensive, and eventually stalled out, leaving me as the amateur I am now.

On the other hand, makers of pinot noir couldn't have been happier with the effect the movie was having. An academic paper from the American Association of Wine Economists called The Sideways Effect: A Test For Changes In The Demand For Merlot And Pinot Noir Wines found that not only did the price of pinot noir increase, consistent with increased demand for the grape, but absolute sales rose as well—by as much as 16% across all price ranges. Sales of merlot, on the other hand, dropped, particularly in the lowest-price bottles.

But what does the Sideways Effect mean for us and our tasting? Well, a couple of things.

Firstly, it's a great demonstration that taste in wine is emphatically not just about what's in the glass. All kinds of social, economic, and personal situations can factor in to make one bottle more desirable than another. This is good news for us amateurs: it means that we can buck the trends, ignoring local spikes in the popularity of certain grapes (and the price increases those spikes come with), instead standing by with old reliables or lesser known grapes, confident in the knowledge that we'll still be able to find something worth drinking.

Secondly, now that the Sideways Effect has finally started to wear off, we're left with a vastly increased landscape of pinot noirs to try, both because of increased production to meet newfound demand, and also from a larger number of importers bringing in pinot noirs from around the world.

This week, we're going to try Pinot Noirs from France, New Zealand, Oregon, and California. As Paul Giamatti says, pinot noir grapes are a difficult variety to grow, requiring cool climates and plenty of attention from the vintner to the fragile, dark purple, tightly clustered grapes. Amongst the many afflictions that can ruin a crop of pinot noir grapes are fungal bunch rot (exacerbated by its tightly clustered fruit), frost, mildew, fanleaf viruses, and popular movie quotes. It's the scrawnier, sicklier cousin of the more robust cabernet sauvignon, and its lovers are equally fervent.

It's a really tough grape to classify because it is so easily affected by terroir (that's the mystical term that refers to how climate, soil, and other local environmental factors can affect what you taste). It'll never be as big or round as a cabernet, but pinot lovers like it that way. Pinot can show a stunning range of flavors and aromas depending on where it's produced, from funky and barnyard-y, herbal, mineral, to more fruit-forward with clean berry flavors.

What I love most about pinot noir is how easy it is to drink with food. Light garnet in color with an equally light to medium-bodied texture on the palate, it fares remarkably well with both light and heavy dishes. The same bottle of pinot can hold you through your seafood or pasta appetizer and meaty main course. The versatility of most bottles of pinot make them a crowd pleaser if you're looking for a bottle to order for a whole table to enjoy with a variety of main courses ordered.

French wines are always labeled according to the region they are produced in, rather than the grape inside the bottle, which can be a bit confusing to new wine drinkers. Just know that if a bottle is red, shaped like an inverted tulip (I.E. it's got gently sloping shoulders instead of the sharp curves of Bordeaux bottles), and says "Burgundy" or "Bourgogne" on it, what you've got in your hands is mostly made from pinot noir. The pinot noirs of Burgundy are produced in very small quantities, develop very well in the bottle, and tend to be the most expensive in the world. Pinot noir has been grown in Burgundy for centuries, and many believe it's the place where the grape is most at home.

We're tasting a wine from Chambolle-Musigny, one of the smallest appellations of the Côte de Nuits, known for wines that are particularly floral and elegant. Ours is a 2007 Domaine Jean-Jacques Confuron and runs at a whopping $60!

A relative newcomer in the world of pinot noirs, the grape has been grown in the Willamette valley region since 1967 when Richard Sommer, a California winemaker, defected to the North. It wasn't until the late 70's that production really picked up when David Lett's 1975 Pinot took second place in a blind tasting, coming in just under a Chambolle-Musigny. Three decades later, the wines are respected as some of the best expressions of the grape in the world.

Because of its cool climate, the Willamette Valley produces wines that are similar in many respects to their French counterparts, with the same acidity, lightness, and fresh flavor with low-alcohol levels. Fortunately, they're significantly cheaper (though no great pinot will come cheap these days). We're tasting a 2008 La Paulée from Scott Paul, which costs $30 to $35 retail.

A quick look at the label will tell you what's different about California pinot noirs: they're very high in alcohol, running around 14% and even higher, compared to Oregon pinot noirs and Burgundies which run at 13.5% and below. Likewise, they tend to have a much deeper color, bigger body, and stronger flavor profile, due to the warmer weather in California (even the coolest growing regions of California are warmer than those in Oregon or Burgundy). Riper grapes lead to more sugar, which leads to higher alcohol. Higher alcohol content compels vintners to go heavier on oaking to balance out the flavors. The result is a more robust wine that many people love, but others say has lost the charm inherent in this grape.

There are many high end California pinots, but there are also some less expensive ones, especially those that are produced on a larger scale. We're tasting a range: the Mission Point 2007 Central Coast Pinot Noir (around $11, found at Trader Joe's), the 2009 Blackstone Sonoma Reserve ($18), and the 2008 Nalle Hopkins Ranch Pinot from the Russian River Valley ($30).

To be perfectly frank, I know nothing about New Zealand pinots except for what I've read. A relative newcomer, they are supposedly similar to California wines in style, showing more alcohol, more oak, and a more robust body. We'll see.

We like Kim Crawford's Sauvignon Blanc, so this time we're going to try the Kim Crawford 2009 Marlborough Pinot Noir ($17).

Disclosure: All wines were provided as samples for review. 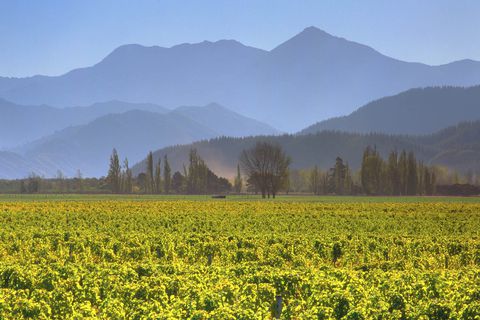 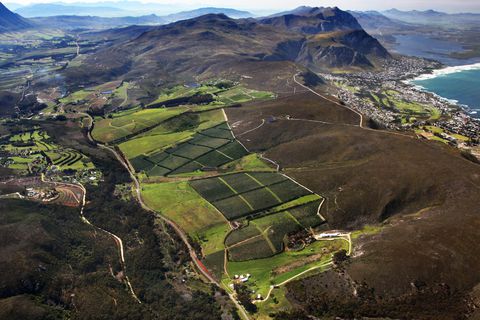 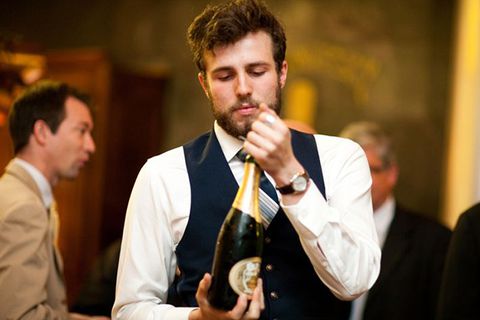 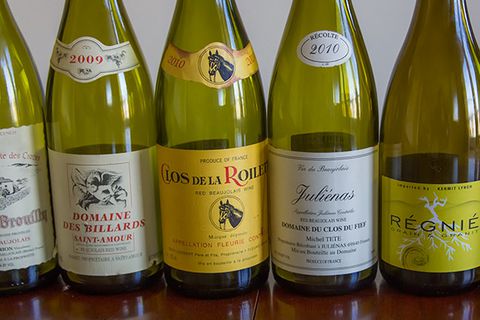 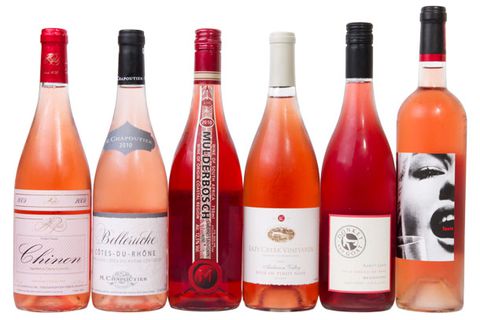 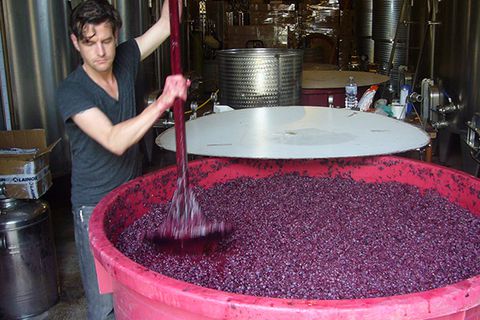 Ask a Sommelier: What's the Best Way to Learn About Wine? 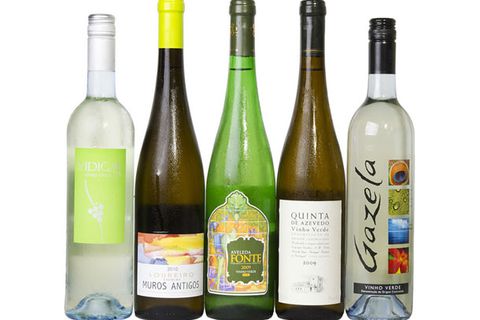 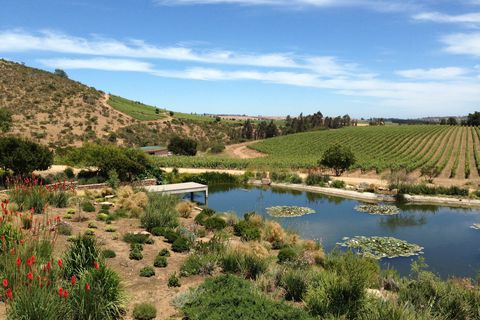 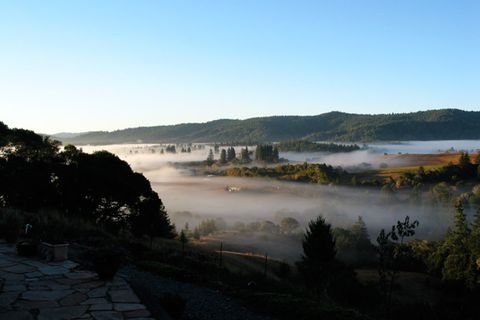 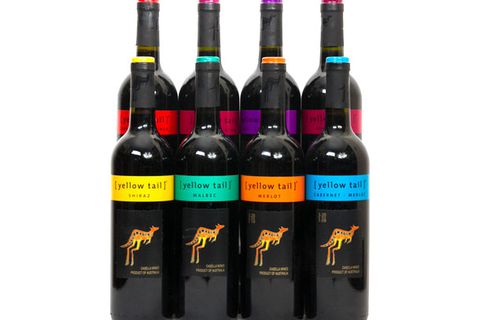 We Tried Every Red Wine from Yellow Tail 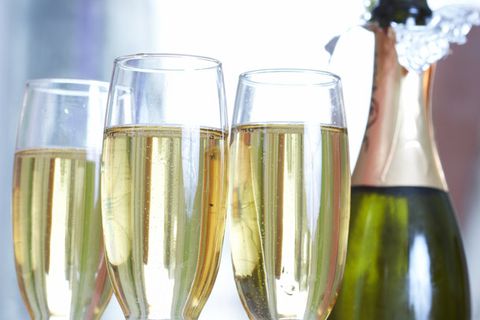 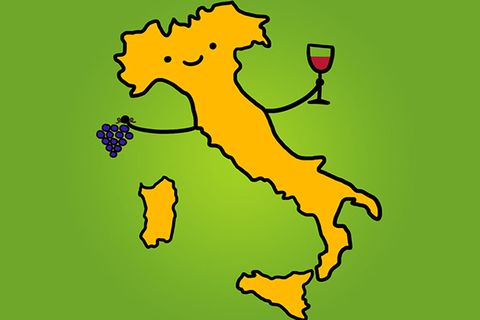 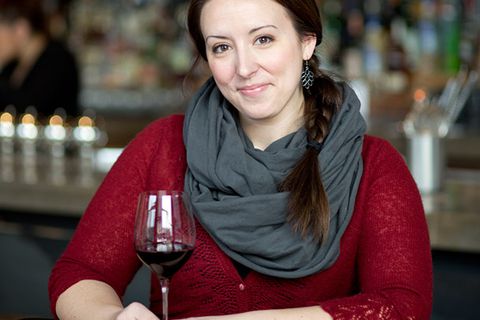 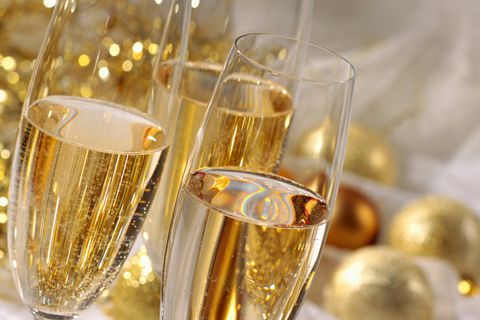