I have a lot of guilty pleasures, but one I've been indulging often recently has been Irish coffee. It doesn't have the perfect balance of a Daiquiri, or the complexity and depth of an Old Fashioned, but it has three things I love—coffee, booze, and whipped cream—and the combination works well enough to be deeply enjoyable on a cold night after a big meal. A classic Irish coffee is made, as the name suggests, with Irish whiskey, but the simplicity of the drink makes it ripe for variation. Use the same hot coffee, but swap the whiskey for another liquor and maybe tinker with the whipped cream just for fun, and you open up a world of possibilities. Try this rum and butterscotch version or one with the classic flavor combination of hazelnut and chocolate. This bracing variation is a little more adventurous.

Minty-bitter Fernet Branca doesn’t have an easy-to-appreciate flavor, and its intensity gets cranked up when poured into a steaming cup of black coffee. But if you are a lover of fernet, this one's for you.

Since I was already walking the edge of acceptability, I decided to go all in, multiplying the drink's strong medicinal kick by topping it with Stella's wonderfully perky lemon whipped cream. It's made by macerating lemon rinds with sugar to create a tangy syrup, then whipping that with cream. The result is a potent brew with loud, bright flavors that will send a jolt through your brain and your digestive tract, far more effectively than the caffeine or fernet could ever do alone.

That lemon flavor, by the way, is also a reference to the lemon peel sometimes served with a shot of espresso, despite the fact that any self-respecting Italian would sooner eat spaghetti from a can than drink a shot served that way. I don't care, though—the combination works in this drink. Not to mention the fact that whatever self-respect I had went out the window as soon as I started coming up with variations on Irish coffee.

As for the name...well, I'll let you figure it out. I'm still giggling about it.

To make a 2:1 simple syrup, combine 1/2 cup (120g) granulated sugar with 1/4 cup (60ml) water in a small saucepan. Heat over medium heat, stirring, until sugar is fully dissolved. In these recipes, you can add the syrup hot, since the drinks are hot; any extra can be stored in the refrigerator for up to three months, and often longer. 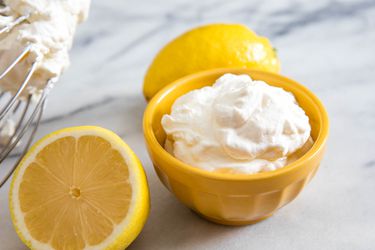 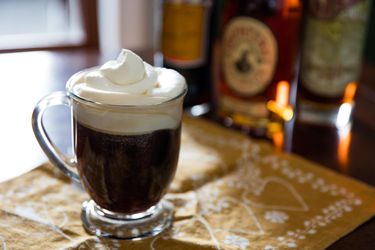