In the June issue of GQ, food writer extraordinaire Alan Richman ranks the top 25 pizzas in the U.S. after visiting what he considers the top 10 pizza cities in the country.

The story is much too monumental to really do justice here. (Richman sampled 386 pizzas at 109 different pizzerias.) Go read it for yourself on GQ.com—or do yourself a favor and buy the magazine on the newsstand. It comes out tomorrow (May 19). For pizza freaks, this one really is worth having in print. Here are the salient points:

Italians Do Pizza Wrong; the U.S. Gets It Oh So Right

I totally agree with Richman here:

Pizza was created by the Italians—or maybe by the Greeks, who brought it to Naples, but let’s not pile on the bad news. Right now it justly belongs to us. We care more about it. We eat more of it, and unlike the Italians, we appreciate it at dinner, at lunch, and at breakfast, when we have it cold, standing up, to make hangovers go away. Italians don’t really understand pizza. They think of it as knife-and-fork food, best after the sun goes down.

Pizza isn’t as fundamental to Italy as it is to America. Over there, it plays a secondary role to pasta, risotto, and polenta. To be candid, I think they could do without it. Not us. Over here, it’s one of the few foreign foods we’ve embraced wholeheartedly, made entirely our own.

Oh, snap. Suck it, Italy. [More analysis, after the jump.]

It's a refreshing list. I'm a guy who reads far too much about pizza (is that even possible?), and as such, I'm tired of seeing the same old boring Top X-many lists held down by the same old stalwarts in NYC, New Haven, and Chicago. Richman's list has just enough old-school places on it to lend it credibility and ward off any accusations of blatant pot-stirring.

See what I mean?

Some Heavy Hitters and Popular Favorites Are Notably Absent

Or they're waaaaaay down the list: Perennial NYC favorite Una Pizza Napoletana just barely squeezes in at No. 25. Then again, given Richman's diatribe against Italian-style pizza, this ranking isn't surprising—Anthony Mangieri strives to make a pie that's more Naples than Napoli. And maybe he succeeds; Richman says, "I believe it's more enjoyable than almost any pizza in Naples—maybe in all of Italy." Oh, snap. Suck it, Italy.

And the following are places that I've heard about but that don't seem to get a lot of love in the national pizza press: Tomato Pie (L.A.), Tarry Lodge (Port Chester, New York), Buddy's (Detroit), and coal-burner Tomatoes Apizza (Farmington Hills, Mich.).

At the press event I went to that celebrated the story's release, GQ folks had a cheat sheet that laid out the Top 25, sans descriptions, for ease of comparison. I'm going to give you it here, but I absolutely urge you to get this issue if you really care about pizza. There are only a few magazine or newspaper articles that have made it onto my list of seminal pizza reading material, and this is one. That said, here is the list for your perusal:

What's your take? Is Richman right on or did he miss something? 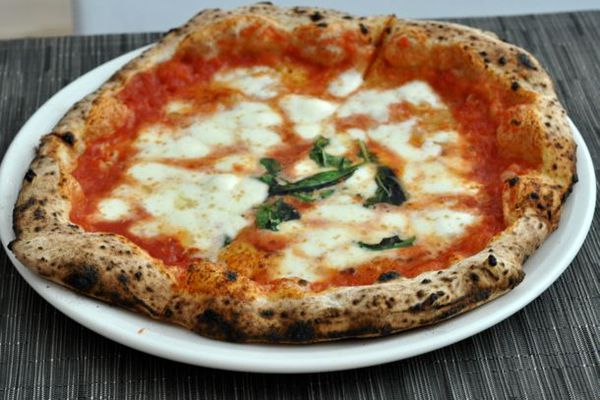 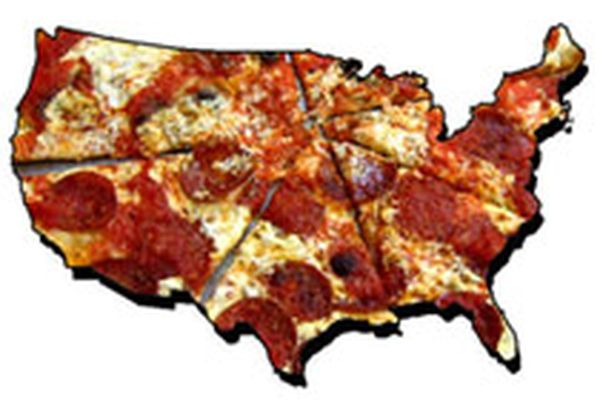 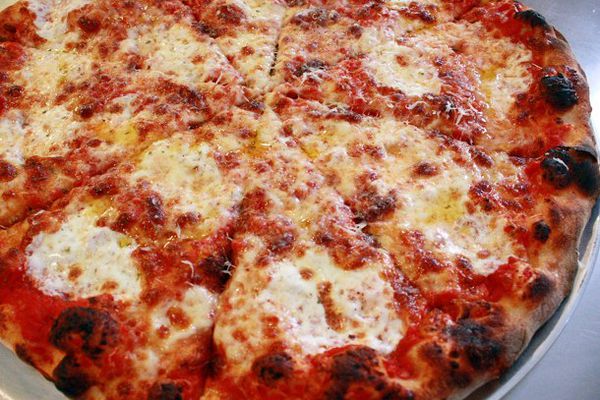