Lizz Schumer
Lizz Schumer is a reporter, editor, and writer with experience writing (and running) newspapers, magazines, and online publications. She has been editor-in-chief of two newspapers and written two books.
Learn about Serious Eats' Editorial Process

For Tempus Fugit cofounder Peter Schaf, the search to find and perfect the original Abbott's Bitters formula all began with his love of antique bottles. Schaf spent his childhood scouring antique shops, flea markets and garage sales for rare and unusual finds, which is how he first developed an interest in bitters. One of those was Abbott's Bitters, a once-iconic brand that Schaf and his business partner John Troia have spent the last seven years working to recreate.

Schaf has been in the business of producing historically-inspired spirits since 2001, when he started making absinthe. He said that recreating antique products like defunct bitters is "more complicated than just putting [a new] vodka into a bottle and slapping a label on it." I asked him a bit about the process.

"'I got to become a detective,' he said. 'Everything has a story.'"

When he decided to relaunch the Abbott's Bitters brand, Schaf wanted to ensure that the bitters would taste as close to the original as possible. To do that, he needed to find out just what made Abbott's the household name it once was, and how to recreate the flavor for the modern consumer. "I got to become a detective," he said. "Everything has a story. If it [also] has a history, it's that much better. It's fun to discover something someone didn't know."

Abbott's was first bottled before 1907 by the C.W. Abbott Company, so named for founder Cornelius F. and his son, Cornelius W. During that time, the product was known as "Abbott's Angostura Bitters," but the name was changed after a legal battle with the J.W. Wupperman Company, the United States representatives for Dr. J.G. B. Seigert's Angostura Bitters, the white-labeled bitters we know today.

The angostura comes from angostura bark, which Schaf determined was an essential ingredient in the original Abbott's. The formulation changed between its original bottling and the demise of C.W. Abbott & Co. in the late 1950s. According to Schaf, there were approximately four distinct periods in the product's recipes: pre-Prohibition, Prohibition-era, post-Prohibition to 1940, and 1941 to the late 1950s.

Bottles from the 1950s showed "no evidence of having any bark," Schaf said. "When you have a major component missing, something went wrong."

In 2007, Schaf and Troia acquired a handwritten recipe for an angostura bark bitters from a New Jersey company, O.B. Van Camp, which became one of more than 20 bitters recipes the pair tested in their efforts to recreate the original Abbott's flavor.

Schaf's research found that, unlike other early recipes, that recipe did not contain tonka, a flavoring used to mimic the flavor of vanilla. In the mid-20th century, Schaf explained, vanilla was often either replaced or cut with tonka, to extend the more expensive vanilla bean. Although other early recipes listed tonka as an ingredient, they did not list angostura bark, an essential element. That led to Schaf's deciding those recipes were ultimately flawed, and have since decided tonka is not an official Abbott's ingredient.

Although that recipe included some elements the testers ultimately decided to omit, some herbs that would make the final cut included cassia, cloves, and cardamom seed, which Schaf called "ingredients known to have been in that recipe that, when recreated, were similar to the taste of pre-Prohibition bitters."

Schaf and Troia tested each recipe against not only other recipes they found, but also against a dozen bottles of original Abbott's from those four distinct time periods. They also compared the flavor of bottles from different climates as well as time periods to discern the effects oxidization had on the liquid's flavor.

Next came barrel-aging, which Schaf said is an essential step that "people weren't talking into account. There's a big difference between the aromas of vanilla you get from wood versus what's just been in a bottle," he said. "It gives it a component that rounds it out."

They chose to macerate whole herbs in a single alcohol solution, which Schaf said is another method that many bitters companies and recipes don't call for. The flavors "need to marry together for some time," he said. "Otherwise, you get a flavor that is quite disjointed, because the herbs haven't really cozied up to one another. Very few bitters are aged to any extent," he added.

Finally, Schaf and his partner micro-oxygenated the samples, to achieve the effect of oxidization that had been detected in the original samples. Despite similarities between several of the recipes tested, the O.B. Van Camp recipe ended up coming the closest to the original Abbott's taste.

So what is that Abbott's taste, exactly? Schaf said it's what he calls "a universal flavor."

"A lot of bitters give a different flavor to a spirit, rather than enhancing its individual flavor," he explained. "We've used [Abbott's] in a number of things and it doesn't overshadow the spirit; it improves that flavor. It's hard to do, but it makes for a much more useful bitters."

For Schaf and Troia, "it's all about the history," when creating what he hopes becomes a bitters as universally stocked as Peychaud's or Angostura. "It took a long time, and we put [the recipe] under incredible scrutiny." According to Schaf, the product they came up with is "very close to what it was like in the early 1900s."

"On their own, the Tempus Fugit Abbott's Bitters taste smoky, a little sweet and well, aged."

On their own, the Tempus Fugit Abbott's Bitters taste smoky, a little sweet and well, aged. There are strong undertones of anise and vanilla. It's bitter, strongly so, but with a complexity that would layer well with any number of spirits.

Tested against the classic Angostura in a Manhattan, the difference is immediately and starkly apparent. The Angostura Manhattan is the sweeter, vermouth-forward cocktail we know and love, with that hint of bitter undertone that really brightens up the spirits involved. The Abbott's Manhattan, by contrast, has that a smoked flavor, and tastes faintly herbal. The drink still has that Manhattan sweetness, but the Old Overholt we used comes forward more strongly. Like Schaf predicted, this one tastes more like the Abbott's encourages the spirits toward their best selves, rather than laying on top like flavored bitters can do.

It should be noted that though Tempus Fugit owns the trademark, Schaf and Troia are not the only ones who've been working toward resurrecting the defunct brand, which has resulted in a bit of a legal kerfluffle.

Tempus Fugits Abbott's Bitters have been released in small batches at select markets, but Schaf said that the aging process has "slowed down our release." He said that a full release is in the works for mid-January or so. 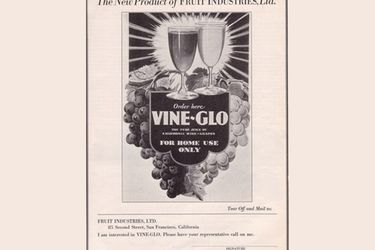