To a Japanese person visiting the U.S., Japanese restaurants are sort of the equivalent of a Cheesecake Factory: menus that offer something for everyone with a mind-boggling array of options. Sushi, noodles, teriyaki, tempura, and shabu shabu all on the same menu? Madness!

When it comes to food, the Japanese are largely traditionalists. Chefs, and indeed restaurants, specialize in one cooking method, and one cooking method only. Thus, when you enter a yakitori restaurant, you know that what you'll be getting is grilled chicken and vegetables on skewers, most likely cooked by a chef who has been training throughout their entire professional career to execute that one task perfectly.

In some ways, this is a detriment: it doesn't invite much creativity or room for radical conceptual re-design of food. On the other hand, what it does mean is that if you enter a tempura restaurant, you're pretty likely to get some pretty darn stellar tempura.

Tempura Tsunahachi was founded in Tokyo in 1927, the restaurant of chef Kyuzo Shimura. Over the next half decade, it built a reputation for using the freshest possible seasonal ingredients and for hiring chefs with an unparalleled mastery of the art of the battered fry. Great ingredients, clean oil, and highly skilled chefs are still the core concepts of the restaurants, which has now expanded into seven branches.

Originally brought to Japan by Portuguese missionaries in the 16th century (the word tempura comes from the Latin tempora, which indicated the time in which meat could not be consumed, thus tempura's fish and vegetable base), tempura has since been refined into the skilled, technically demanding craft that it has become today. Tempura chefs are sort of like the Jedi of the cooking world: They must deftly perform with the utmost skill and precision using extremely dangerous tools all while maintaining a calm, serene demeanor. It is an elegant technique, from a more civilized time.

Ordering from a tempura restaurant may be a little foreign to those used to a Western restaurant set-up. Essentially, you have a choice between three to four menus, each one representing a procession of individual fried foods. The frying itself is done by a single chef whose sole responsibility is to mix the light batter and tend to the single vat of frying oil. Flanking him in the open kitchen counter are two sous-chefs, each responsible for preparing ingredients for the batter.

Live shrimp that leap from a holding tank behind the bar are shucked, battered, and fried within a 10 second time frame. Tiny salt water anago eels are pinned to a cutting board, skinned, and filleted with a few nimble flicks of the sous-chef's sharp knife.

You might think that course after course of fried food could get monotonous or heavy, but this is not the case. There's enough flavor and textural contrast between course to course that you don't stand a chance of getting bored.

Peep the slideshow above for a full walk-through of the courses. 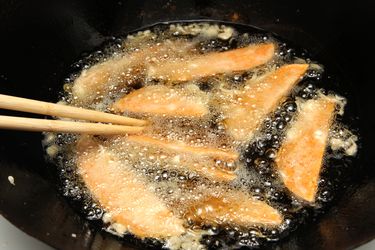 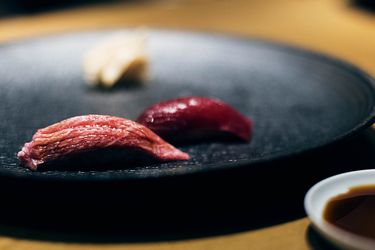 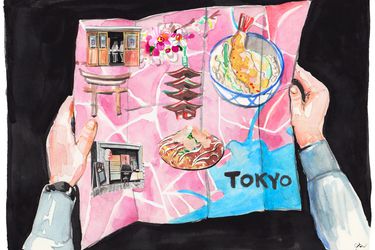 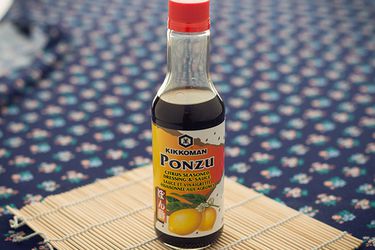 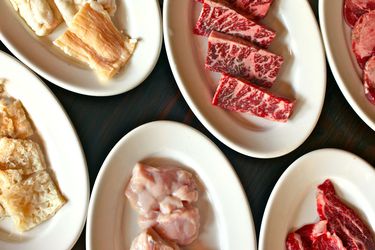 A Guide to Beef Offal at Takashi, NYC 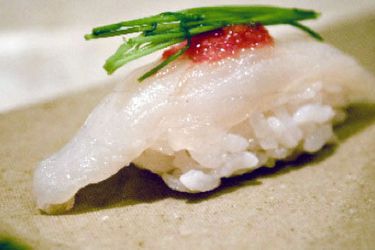