A Sandwich a Day: 'Grilled Cheese' at Five Guys

So I won't go so far as to say that vegetarians should seek out the grilled cheese sandwich at burger chain Five Guys. But it is better than an awful lot of meatless options out there.

The best parts of a real grilled cheese are the golden brown, just-greasy-enough toasted bread and the totally molten cheesy core, and Five Guys does both right. They turn the bun inside-out so there's maximum white, spongy surface to get griddled; and the ample American cheese gets totally melty, nothing still semi-solid. What's more, almost all of Five Guys's toppings are free, some of which can contribute an awful lot to a sandwich. My recommendation: grilled onions and grilled mushrooms. Embedded in a pool of melted American between two halves up a griddled-up bun, they make for a pretty tasty sandwich—especially for under three bucks. 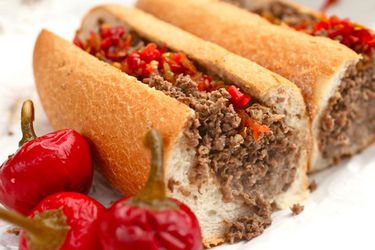 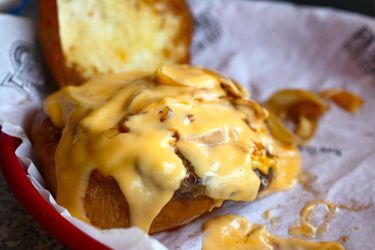