This post is part of our Tasting Tour series, which is brought to you by Continental Airlines.

Any food lover traveling to Paris could easily spend weeks, months, or years gobbling up all the serious eats the City of Lights has to offer. From the brasseries, boulangeries, the bistros, and beyond, it's almost too much to take in. So we decided to turn to our friend David Lebovitz to get a handle on a manageable bite of the France's capital city — its baked goods.

David spent almost 13 years in the pastry department of Chez Panisse, the legendary Berkeley, California, restaurant founded by Alice Waters, and then wrote a number of books covering dessert, chocolate, and life in Paris, where he has been living since 2002. We couldn't imagine a better source to lead us on a virtual tour, particularly since he leads actual gastronomic tours of the city.

"Most people visiting Paris have a checklist of things they want to try," David says, and among the must-eats are croissants, macarons, and madeleines, and the various breads found in the city's boulangeries.

But First, Some Basic Protocol

Before we start, though, it's worth noting a couple bits of advice gleaned from David's website:

It's taken me a few years to get used to the fact that I can't run to the corner bakery for bread wearing sweatpants and flipflops, nor can I wolf down pastries on the métro without getting disapproving stares. So don't be afraid to dress a bit better than you would at home and to practice a few words of your high-school French. Believe me, even the feeblest attempt at a little French will take you much further than you can imagine in Paris.

But before you even buy the croissant that you are not going to eat on the subway, you should keep in mind that it's the custom in France "to say 'Bonjour Madame/Monsieur' when entering a shop or restaurant, and 'Merci Madame/Monsieur' when leaving," David says. "It's like being invited into someone's home and stepping inside without saying hello."

Parisian-style macarons have been enjoying an upswing in popularity in the U.S., but if you're not familiar, they're different from the coconut macaroons you've likely encountered. Parisian macarons consist of two light, airy cookies (made of ground almonds, egg whites, and sugar) sandwiching some type of cream filling. And there's a reason you'll find the best ones in Paris: "Macarons are Parisian; they're not French," David says.

The two macaron strongholds that you must visit are Ladurée and Pierre Hermé.

"The macarons at Ladurée are really good," David says, "They've got it down. Between all four Ladurée shops in Paris, they make 12,000 a day."

In fact, Ladurée is credited with inventing the Parisian macaron as we know it. As Serious Eats's macaron expert Robyn Lee points out, prior to 1930, macarons were simply stuck together without filling. But then the patisserie's Pierre Desfontaines came up with the idea of sandwiching a cream filling with the cookies.

These days, David says, there's a bit of a battle raging, with shops all trying to one-up each other with wild fillings. But, he says, "there's nothing better than the Ladurée classics: chocolat amer (bittersweet chocolate), dark café, and my absolute favorite, caramel-beurre-salé," with its filling of caramel enriched with salted butter.

In the out-there department, there's Pierre Hermé. "They have a lot of fllings," David says, "and they're really rich. They may not be everyone's taste—you have to like things like passionfruit, truffle, and even foie gras and chocolate."

If those are up your alley, though, a bit of insider advice from David: "Go to the Pierre Hermé shop on the rue Vaugirard rather than the one on the rue Bonaparte." The original rue Bonaparte shop is in a great area to visit, "but it's the size of a New York kitchen. You pretty much have to get in, order, and leave; there's no room to linger."

If you're already visiting Pierre Hermé on the rue Vaugirard, David says, you should head over to Des Gâteaux et du Pain for any one of their amazing breads. Any favorites there, David? "All of them."

For his favorite out-of-the-ordinary bakery experience, he recommends La Boulangerie par Veronique Mauclerc. Mauclerc's boulangerie specializes in organic, whole-grain, breads baked in a wood-fired oven that holds up to 100 loaves at a time. Don't miss the German and Austrian pastries while you're there.

"It's kinda funky for Americans," he says "But it's a great place."

We like funky, so we'll take that as a challenge—one sure to have a delicious reward.

Of course, no visit to Paris would be complete without getting a hold of a great baguette, and David recommends Boulangerie au 140 for this iconic French loaf. "It's one of the handful of bakeries here that I'll happily scamper across the city to visit," he says.

It has real local character, he says, and be prepared to wait in a crushing line for a warm, crisp loaf.

Again, David recommends Boulangerie au 140 for this other iconic French baked good. But if there's one thing to know about croissants in Paris, it's this:

Whatever pâtisserie you visit, be sure to only ingest a true croissant au beurre, which has that unmistakable smell of deeply-toasted, caramelized-crunchy French beurre. Stay away from croissants ordinaires, which are made with margarine and are, oddly enough, usually crescent-shaped, but to the extreme.

While you may wish to bring back souvenirs for yourself or the bakers in your life, David recommends staying away from kitchenware. You might think you'd be able to get a deal on Le Creuset and Staub enamelware cookery, he says, but, "you can get those in the U.S.— and they're cheaper there."

Plus, they're heavy and bulky. Use your luggage space for something a little more practical and hard-to-get.

"Passionfruit mango caramels from Jacques Genin," he says, or just go to a market and buy some Fleur de Sel De Guerande. "It's so expensive in the States, but you can get it here fairly inexpensively." 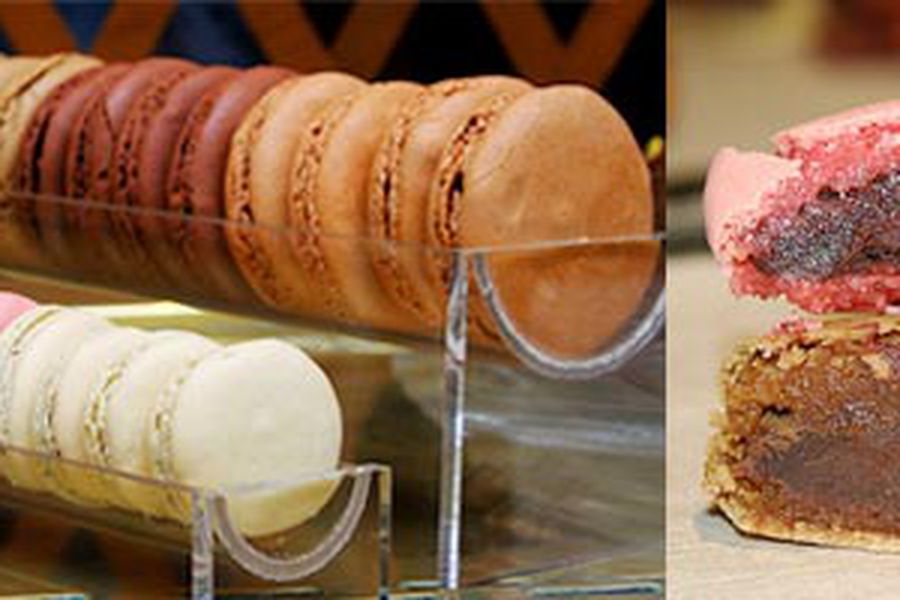 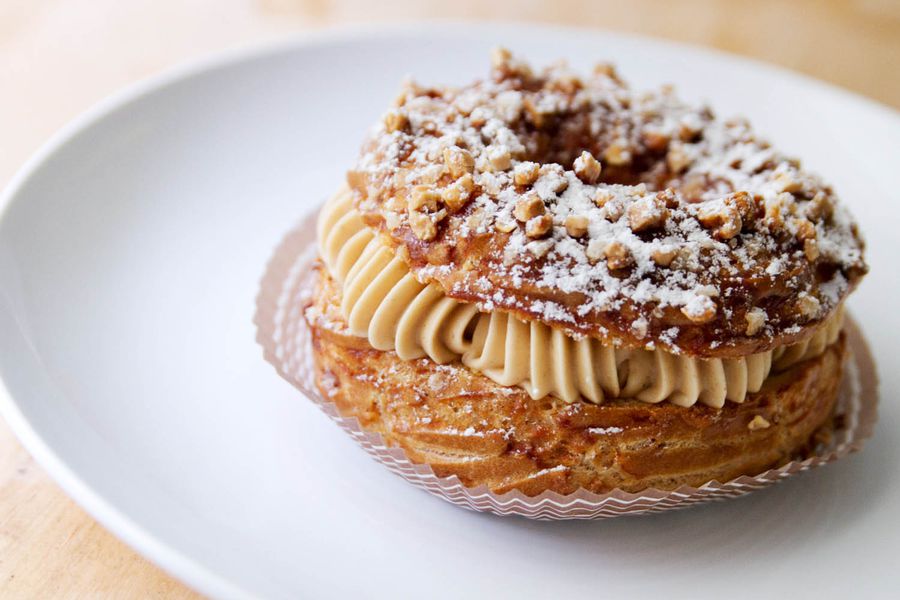 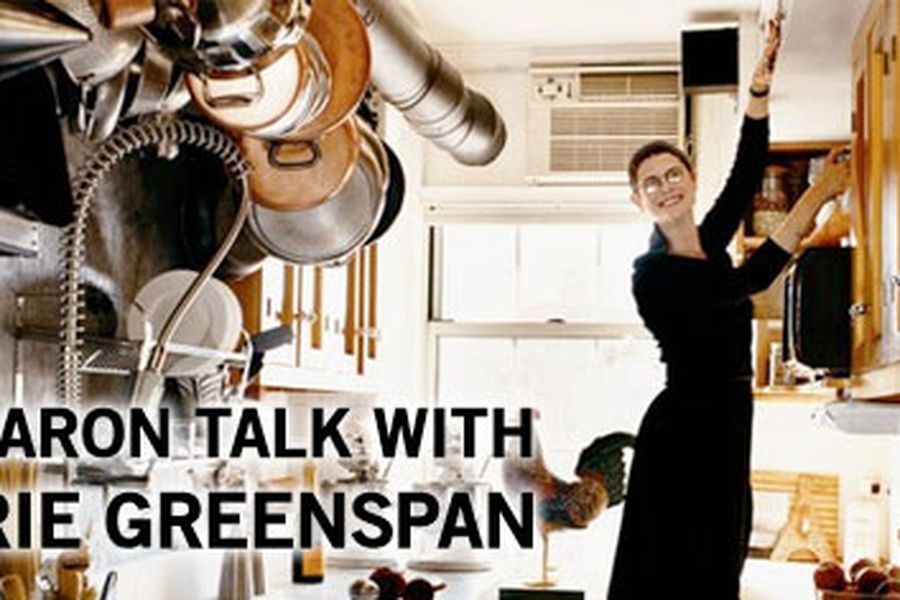