Most Slice'rs probably agree that pizza is best served directly from the oven, but over 1 billion pizzas are delivered each year and every single one of them is transported to its destination in a simple cardboard box. The contemporary pizza box remains as anonymous as it is simple, as few of its users know anything about the cardboard coffin's humble origins. Let's dig a little deeper into the history of the pizza box to provide some context for an item most of us view as a necessary evil in the life of a pizza eater.

In the early 1800's, bakers were using copper containers to transport small breads and pizzas on the street. They often employed their sons to cart these stufas (literally stoves) around the neighborhood in hope of selling the scraps for some extra change. It was kind of like Newsies, but with much less singing and dancing. Unlike today's model of made-to-order pizza delivered hot and fresh to your door, stufa boys were hawking pre-made pies. Stufas kept the pizzas warm, as copper has high heat dissipation capabilities. They also had pointed lids with covered vents to help manage steam exhaust. Brilliant!

Jump ahead 100 years and pizza starts to catch on in New York and other industrialized American cities. Legend has it that pizzas were being sold "to-go" rolled into a cone, wrapped in paper, and loosely tied with twine at Lombardi's (America's first licensed pizzeria). The small breads were often sold at room temperature and reheated on factory furnaces later in the day. This is early American take-out dining! There's no evidence of stufa usage in America, but pizza was readily available at the bakery counters of any Italian immigrant neighborhood.

The post-WWII years exposed millions of American GI's to pizza in Italy, so interest dramatically increased upon their return home. In the 1940's, lots of pizza purveyors offered take-out pies. The pizza would sit on a stiff corrugated base, which could slide snugly into a large paper bag. The bag's thin structure would allow steam to escape but only at the price of heat loss. Still, it's not a bad means of conveyance. You can still find this method in use at Federici's in Freehold, NJ, which has been bagging pies since 1946.

The 1950's brought pizza into the dining rooms of a booming nation and as orders piled up, so did the pizzas. Bags don't stack very well and we didn't even have that funky-little-white-plastic-dollhouse-table-pizza-box-support yet (more on that in a future post) so mankind was forced to adapt. Thin paperboard bakery boxes provided a bit more support, and so were born the earliest dedicated pizza boxes. Paperboard did the job for quite some time and remains in use today, but some folks aren't satisfied. This material was never meant to withstand the intense moisture introduced by a hot pizza. The result is often a weakened box that collapses under its own weight.

One of the greatest leaps in the evolution of the pizza box can be attributed to Tom Monaghan, founder of Dominos. Since Dominos focused its business solely on delivery, it should be no surprise that they were the driving force behind pizza delivery technology. In order to deliver hot pizzas in a timely fashion, Monaghan searched for a company to develop a corrugated cardboard box in the mid 1960's. According to Monaghan's autobiography Pizza Tiger it was more difficult than anticipated to make a container that was scored properly for folding yet strong enough to hold its form. After a long development process with Triad Containers, a Detroit-based corrugated box company, they finally achieved success. The resulting pizza box has become a standard for the pizza industry right down to the way the box base doubles over itself to lock into the base, known appropriately as "Michigan style". Regardless of how you many feel about the quality of their edible products, it's hard to ignore the impact Dominos has made on the history of the pizza box.

Even with all these years of innovation, we're still just using a simple cardboard box to transport our beloved pizza. Have we taken the medium as far as it can go or is there room for improvement? Judging by the incredible array of new models at this year's International Pizza Expo, we may be looking at a new era in pizza box evolution. Some pieces tackle the problem of heat loss while others challenge steam release issues. Wherever the world of pizza box design may be heading, it'll be a long way from the copper stufas of Naples. Stay tuned for future posts on the technological updates in the pizza box industry. 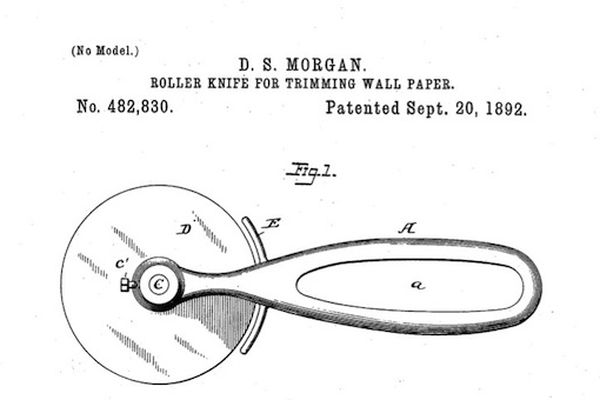